Before I get started, I want to address a pet peeve. I know that I am a bit of a Pedantic Pat, but I make no excuses. Words have meanings and disregarding that is to encourage confusion and miscommunication. Until this year my pet peeve was the word Recession. Up until the crash of 2008, a recession was defined as a temporary economic decline, identified by a drop in GDP over two quarters. A depression was defined as a continued recession over a long period of time (like what happened in 2008, and is happening now). However, nowadays we don’t have economic depressions. We only have recessions. That is probably because since the Great Depression of 1929, no one wants to use the word. Economic Depression conjures up images of homeless people on the breadline (like we are seeing now), and no one wants that. That and the fact that since the 1930s (and Sigmund Freud), depression has entered the common parlance as an emotional state. It’s all too sad and upsetting to call an economic crash a depression, so we stick with recession.

My new pet peeves are pandemic related: cocooning, and staycation. It was kind of sweet to call the quarantine of the elderly cocooning. It used to mean staying home, wrapped in a duvet and eating chocolates while watching box sets. Thanks to Covid-19, I will never be able to say that I am cocooning on a wet November weekend, as everyone will think that I am over 70 and self-isolating so as not to catch a virus, even if I just can’t be bothered to leave the house. But Ok. Cocooning was the word we needed back in March. However, I draw the line at staycation.

Having a staycation means taking your holidays from work, but staying at home. In your own house. Not going for a week to Connemara, which is where I am writing this. I am not on staycation. I am on my summer hols. I just have not gone abroad – with very good reason.

Mind you, we don’t go on our summer hols abroad. We have always chosen a staycation instead. Because I live in West Cork, I have stayed put every summer, mostly cocooning, venturing out only to local beaches, or to Bantry for the Literary festival, or to Allihies because…you don’t need any excuse to go to Allihies. Summer is West Cork at its best. Sure, where would you be going?

I do love travelling, but that is mainly from September to April. If I can afford it, I try to get to the sun before and after the winter, so as not to fall down the rabbit hole of SAD (seasonally affected depression – not SAR, a recession due to the lack of sunshine in mid-winter). This year, however, I have made a firm vow not to travel. We didn’t go into lockdown for four months just to blow it now. I have to admit that the idea of not travelling until 2021 at the earliest is difficult for me. I find myself sighing every time anything about the Mediterranean comes on the telly. I long to visit family and friends in Belgium and the US, but I am firm in my resolve. 2020 will be Irish only. And I am very grateful that I can travel further than the 2km restrictions of last March.

So, armed with hand sanitiser and a collection of masks, off to Connemara we went, to a lovely little cottage in the middle of a bog on the edge of the world. What can I say…Connemara is WOW. Just WOW. I have never been further than Galway city and am blown away by the landscape. I wish I could say that I’ve been blown away by the people. I’m sure that they are lovely, but we have been mainly keeping away from other humans. It’s been so long since we’ve had a proper session in a pub that it isn’t hard not to socialise.

It was really novel to have a pint in the sunshine and have a socially distanced chat with a couple from County Meath. As my daughter has pointed out, what I missed most in lockdown was talking to strangers. That was the only chance we’ve had, as it was the only really fine day of the week. Every other day has been a mix of fog and lashing rain, but what harm. No one goes on holiday in Ireland expecting fine weather. I do expect craic agus ceol, but that will have to wait for another time. Stay safe. Stay in Ireland. Just don’t call it a staycation unless you stay home.

Tue Aug 11 , 2020
Having been watched by thousands of people on a live EagleCam for 11 weeks, the Glengarriff white-tailed eagle chick has now fledged – and the public is being invited to name her.  The eagle chick is gradually finding her wings and she recently made her first trip to the mainland […] 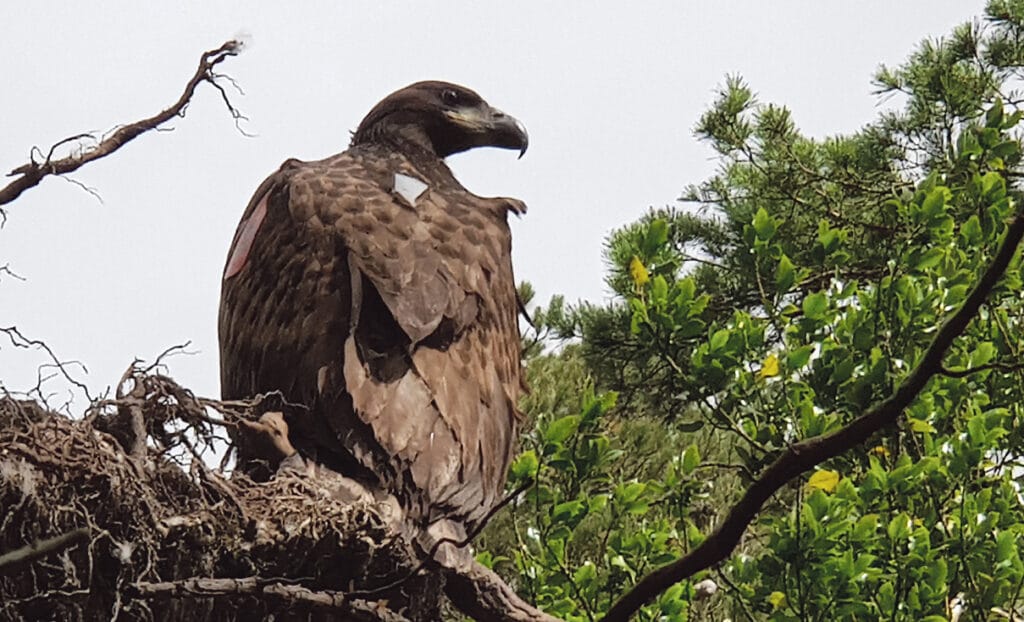