“When I came to the front of the hospital, it was absolutely quiet. What greeted me when I got into the main corridor was sheer pandemonium. This was not a major incident, but a major disaster of battlefield proportions.” – Dr. Dominick Pinto

The name ‘Martha Pope’ was the IRA code word used when alerting the authorities that a bomb had been placed in a nearby area. It was common practice for the IRA to alert the police they had planted a bomb, apparently in order to limit or bring to zero the number of civilian casualties! The bombs were meant to disrupt the work of the UK government in Northern Ireland and to make life as difficult as possible for trade and general day to day living for people in the North with the hope that the UK government would rethink their position in the State. Of course, loss of life inevitably happened, none more so than when a bomb was detonated in Omagh on August 15, 1998. Bloody Sunday is often attributed with being the culminating event that began the Troubles in Northern Ireland but the Omagh bombing is associated with being the event that ended the Troubles, such was the disgust at its outcome.

After 30 years of violence and tit-for-tat killings, the Irish and British governments sat down to try and finally bring peace to Ireland; in 1997 both governments signed the ‘Mitchell Principles’, a commitment by both parties to focus on resolving political issues by peaceful means. While the Provisional IRA also declared a ceasefire, many of their members saw this as a betrayal of the republican struggle. These members broke off from the P-IRA and formed a splinter group called the Real IRA, a group that rejected the Mitchell principles, as well as the Good Friday Agreement, opposing any political settlement that falls short of Irish unity and independence. The Real IRA focused their bombing campaign on town centres so that they would damage the economic infrastructure of Northern Ireland. Similar to the P-IRA before them, they wanted to damage the economy of the towns and limit civilian casualties. They attempted to do this by calling the police before a bomb was due to explode. Generally, three calls were made, one 30 minutes prior, one 15 minutes prior and one five minutes prior to the explosion. However, this was often not enough to mitigate fatalities, as was the case in Omagh. Furthermore with Omagh, some miscommunication during the calls led the police to direct evacuees towards the blast instead of away from it, leading to catastrophic results.

The Omagh bomb created Ireland’s largest-ever medical emergency. Within the first 45 minutes of the explosion, 240 injured people were taken to Tyrone General Hospital. The staff were completely overwhelmed with the scale and volume of people needing treatment. Buses, cars and helicopters were used to take people to other nearby hospitals to alleviate some of the workload of medical staff. Of the 29 people killed, 16 were Catholic and 11 were Protestant; two Spanish tourists were also killed. The deaths included many children and teenagers with most of the victims being women. In one case, three generations of the same family were killed. Mary Grimes, her daughter, Avril Monaghan and Avril’s 18-month-old baby, Maura. Avril was also pregnant with twins at the time of her death.

The initial reaction to the bomb was revulsion. The Irish, Northern Irish and British governments had been working politically to try and bring peace to Ireland after 30 years of war. The killing was entirely unnecessary and it killed Catholics, as well as Protestants. For the general public, it cemented the idea that the method to a free and united Ireland was to be a political journey, not one fought with blood.

Gwen Hall whose 12-year-old son was severely injured in the explosion wrote a letter to the R-IRA from her hospital bed.

“To the bold lads who ripped out the heart of Omagh, I will probably never know who you are, but you know. I’ll tell you who I am. My name is Gwen, I am the mother of Alistair, who is the bravest person I know. We and all the other victims of your ambush last Saturday, would like to know why? I went to hell and back lying injured in the debris and the water and the blood. Not knowing if my 12-year-old son was alive or dead. By God’s grace he survived and that is why I am lying here able to write. I wish you could have heard that child crying inconsolably yesterday, as he struggled with the pain from his severed limb. That was what ripped at my heart. However, we are two of the lucky ones for which I thank God, we do have a future. You may have broken the bodies of the people of Omagh, but you can never break their spirit. The last line of one of my favourite songs is. ‘God is watching us from a distance’ you can run but you cannot hide.”

Gwen was right, the culprits could run. However, they could not hide. Three days after the bombing, on August 18, 1998 the R-IRA took responsibility for the bombing. One month after that, they announced a ceasefire, which lasted for two years. Despite knowing that the R-IRA as a group were responsible, no names of the actual bombers were in the crosshairs of the RUC. After much detective work and suspicions, it was a mobile phone conversation between the bombers that eventually led the police to them.

All four men were never charged in a criminal court with being the culprits for the Omagh bombing, as the prosecution felt there was not enough evidence to convict them. However, the families of the victims raised money and sued them in a civil court. The civil court requires a lesser burden of proof. In the civil court, all four men were found guilty, and were found to be liable for the Omagh Bombing and killing 29 people. The biggest case of mass murder in Northern Irish history. They were requested to pay 1.5 million pounds in damages to the victims: None of which has been paid.

History in the making: The rise of Sinn Fein in the North

Tue Jun 7 , 2022
In May this year history was made in Northern Ireland. For the first time since the 1920 ‘Government of Ireland Act’ that officially created the state of Northern Ireland, a nationalist party has been elected as the largest political grouping. Sinn Fein topped the polls with twenty-seven seats, two more […] 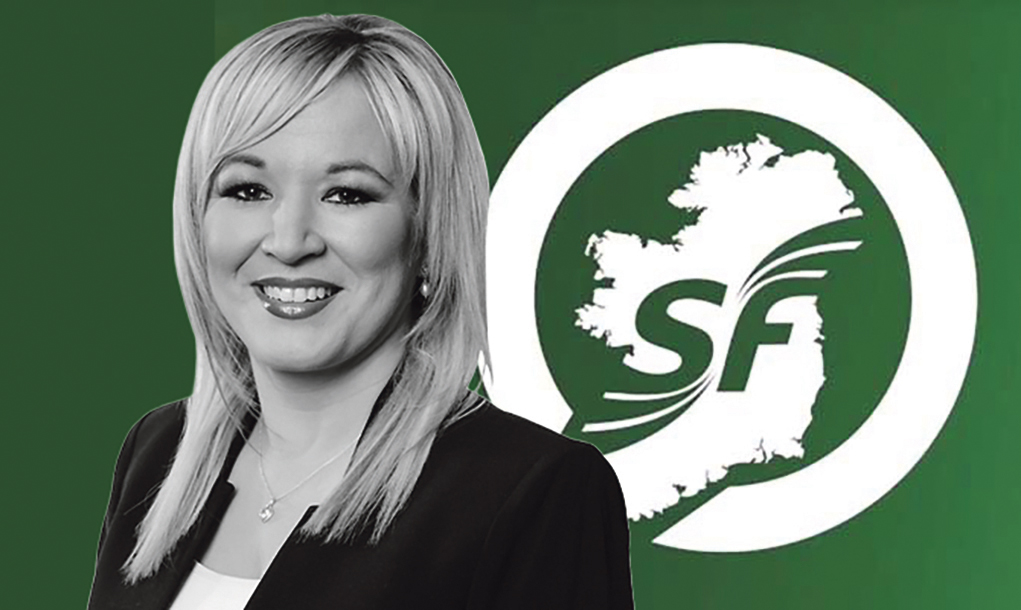