In May this year history was made in Northern Ireland. For the first time since the 1920 ‘Government of Ireland Act’ that officially created the state of Northern Ireland, a nationalist party has been elected as the largest political grouping. Sinn Fein topped the polls with twenty-seven seats, two more than the unionist DUP. The party with the highest number of seats is designated to get the first Minister position in the Assembly, which in this case would be Michelle O’Neill. This too would be historic, as it would mean the first nationalist female leader to hold that position.

The chilling words of Ian Paisley still resonate from his graveside: ‘Never, never, never’. This was his mantra, when he, with the help of loyalist workers strangled the state of Northern Ireland in 1973 when there was an attempt to power share with nationalist parties in the ‘Sunningdale Agreement’. Sectarianism won the day and the agreement fell, resulting in unfettered unionist control for decades to come. This of course led to tragic consequences, as some nationalists feeling disenfranchised from the political process, believed they could only be heard by bomb and by bullets. With the strangulation of any genuine democracy, the extremes in Northern Ireland were pitted against each other resulting in a bloodbath amongst nationalist and unionist communities.

That is why the 1998 ‘Good Friday Agreement/Belfast Agreement’ was such a vital component in stemming the blood and reforming institutions such as the government and the police force, which had failed so many sectors of society. Thirty-four years later, the Assembly has worked relatively well, notwithstanding years of turmoil and suspension of the chamber. The violence by and large has abated, though not disappeared, and nationalist voices have been democratically elected. Gerrymandering [i.e. the fixing of electoral boundaries to weaken the nationalist vote]  has disappeared and the police force, while not attracting the numbers of Catholics it originally hoped for, is a universe away from the corruption and collusion of the loyalist leaning former RUC force.

Yet here we are in 2022 staring down the barrel of a gun, a metaphor I choose deliberately! The DUP canvassed for this election on the promise of not entering the Assembly until the Northern Ireland protocol had been eradicated. True to their word, they have delivered on this promise to their voters and refused to take their seats. Let’s have some perspective with this ‘tactic’. It is one Sinn Fein has used since its inception. They also contest for their seats in the Westminster elections, on a promise that they would abstain from sitting in London. However, there is some mischief in the DUP’s decision in this case.

Demographics, polls and the last number of elections all foresaw that it was only a matter of time before they would face a unionist defeat to a larger nationalist vote. Knowing that the 2022 elections would herald this eventuality, the party could not face the symbolic humiliation of succumbing to a nationalist majority. In real terms the unionist vote is still larger than the nationalist one taken together, but of course one of the great problems of unionism currently in Northern Ireland, is their division, and so it turned out to be in this election. Prior to any vote being cast, the DUP’s leader Jeffrey Donaldson hinted that he would not take up the position of Second Minister, which meant serving second fiddle to Sinn Fein. The irony of this statement, is that both First and Second Minister are equal positions, despite those titles. [When you factor in how symbolism and language are extremely sensitive issues in the North – one wonders why those titles were ever conceived?] Yet this never seemed to worry the DUP when they were comfortably the majority party for a decade.

So here we are again. At the time of writing, the newly elected politicians have yet to take their seats. The suspension of the Assembly is nothing new. In fact it has been suspended five times in its thirty-four year history. The longest spell was 590 consecutive days without a devolved government in the North. When this happens, it means direct rule from the UK. The fact that Sinn Fein does not sit in Westminster [which is of their own choice, it must be said], makes this stalemate even more undemocratic.

So what are the current issues? Let us begin by looking at the three strands that are central to the foundation of the ‘Belfast Agreement’. The first one, was to set up a power sharing assembly and an executive. Simply put, this meant every party would get a seat at the table. Though to get a seat in the executive, a party would have to have a  minimum number of seats under the agreed system. This meant politicians on different side of the spectrums would have to sit and work together which proved  it can be done, as exemplified by John Hume (SDLP) and David Trimble (UUP), both recipients of the Nobel Prize prize for their efforts. While the initial rays of political hope were bright, mood of the Assembly has darkened over the intervening years. During the last decade and a half, it has been dominated by the extreme unionist DUP vote and by Sinn Fein who would be seen as an extreme nationalist party in comparison to the SDLP party of John Hume. However there is new light emerging on the horizon, in the guise of the Alliance Party. The hint is in the name. It is a party that seeks to move away from the fringes and sectarianism of politics in Northern Ireland to a place where religion and ethnicity are not reasons to vote for anyone. A return of seventeen votes in the assembly election of 2022 has proven that there is fertile ground in the north for a generation who wants to be defined by other things and move on from old and strangulated identities.

Strand two of the ‘Belfast/Good Friday Agreement’ established an Irish dimension to the executive with an aim to improve north-south bodies and cooperation. Likewise, strand three established an east-west body of institutions to develop good relations between Britain and Ireland. One of the destabilising factors within the unionist mindset, is that strand two has become a dominant theme in the Assembly. What is more, is all the talk of border polls, a poll that would merely establish a discussion on whether people would like to vote for Irish unity somewhere down the line, has spooked the unionist community: Though numerous polls in the North have suggested Irish unity is a long way off from popular support, as of yet!

The greatest concern currently to the unionist community is the symbolic nature of the protocol. I say symbolic because the protocol was devised in the Brexit negotiations to protect the European Single Market, yet at the same time allow as much freedom as possible between the north and the south, not just for the sake of politics, but to preserve the all-Ireland economy too. Most observers and commentators have agreed that it was a win-win for the North on economic grounds, now that they have access to a British market and also European. And while there was dread over the proposed checks and balances and paperwork, the nightmare that was meant to be Brexit did not transpire as the doomsday-sayers had said it would. So what is all the fuss? Instead of having a border check within the country, an imaginary sea border was created between the north and mainland UK. In essence this meant there would be checking of goods in ports between North and Britain. This has infuriated many elements of unionism, because in their eyes, they are now being treated differently to other parts of the United Kingdom. This has strong and symbolic connotations for unionism. They feel their identity and link with the UK is being slowly erased.

Sinn Fein have made great strides both north and south of the border and are appealing to a wider range of voters in every passing election. There are many on the island who would be very supportive of what Michelle O’Neill is achieving in the North and many of our own politicians have made calls for the DUP to enter into government with them now and take their seats. The irony should not be lost on us. Those same politicians who call for power-sharing to work in the north, have done everything in their power to keep Sinn Fein from being part of any government in the south because they won’t ‘share’ power with them in any coalition. I say that as an apolitical voter with no loyalties or ties to any party. Despite the historic results of 2022, history also teaches us that governance in Northern Ireland is as fragile as it ever was.

Notes: Michael Smith, author of ‘An Unsung Hero – Tom Crean’  will be giving a lecture about Crean, on June 15, in the Independent Museum, Kilmurry. Also, between June 15-19, UCC will be hosting an Irish Civil War Conference with over 80 lectures and events all for free.

Tue Jun 7 , 2022
The earliest evidence of horses in Ireland dates to about 2000 B.C. from bones found in Newgrange, Co. Meath.  In early Ireland the Brehon Laws generally make a distinction between two different types of horses: a work pony or ‘capall’ for farmwork, and a larger more prestigious horse or ‘ech’ […] 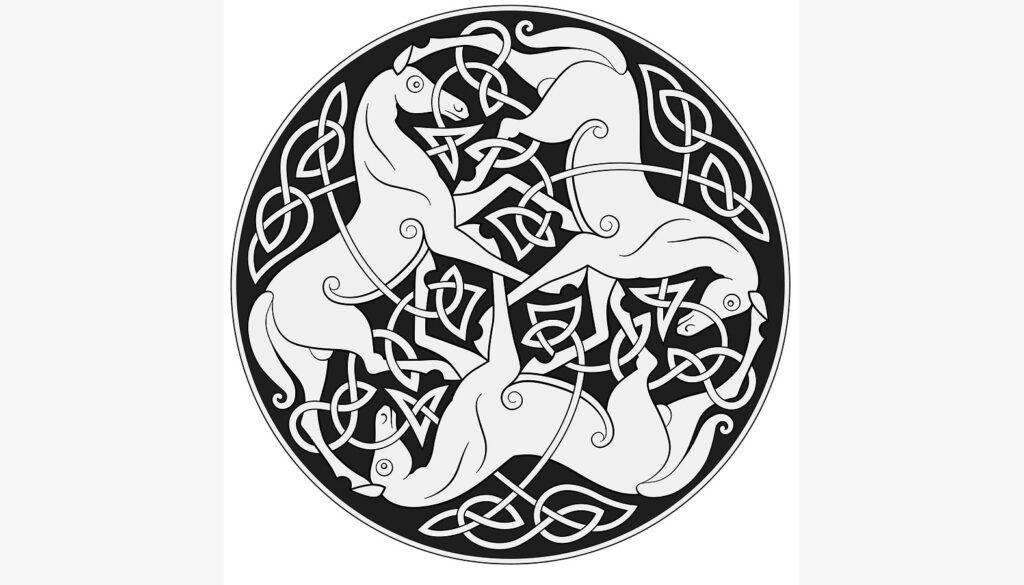