I was so wrecked tired on the first Saturday night in March that I headed for bed before 9pm. Not long after, word came through to check out the front page of the next day’s Sunday Business Post: The headline stood out boldly ‘All farmers to be told to plant crops amid fears of food security crisis’. Two hours later I was still wide awake, my brain going at 90, trying to work out how this will affect my already-altered farm plan for the year. What to grow? Where best or handiest to grow it? Machinery isn’t an area of farming I have much of a grá for, so how would I approach a contractor, busy already, to take on more work? I’d never grown a grain crop before – I found myself asking should I not just stick to my strengths? These are just a sample of the initial thoughts that occupied my mind and postponed sleep. Before the end of the night, I decided to focus on choosing where to plant first and deal with the rest once details became known. After finally settling on what fields or paddocks to drop from the grazing and silage plan without upsetting things too much, I finally drifted off!

Maybe this is an insight into how a farmer’s brain works. Even with announcements at a macro level, the tendency is to work out how it will work out for yourself first before considering the bigger picture. The result of the headline was the creation of a National Fodder and Food Security Committee by the Minister for Agriculture. Before Vladimir Putin’s invasion of Ukraine, the escalation in fertiliser prices was surely enough to focus minds at government level to avoid a fodder crisis next spring. Add in high fuel price and a potential vacuum on the global grain market caused by the war in Ukraine and having such a committee in place now has merit. When there was fodder issues in 2013 and 2018, grain was a relatively economical solution. That is unlikely to be the case in 12 months’ time. Soaring input prices, let alone a European war, were likely to be a good enough test of the grass fed credentials of our livestock sector. Now, with access to Black sea grain unlikely for the foreseeable future, I’d imagine the pig and poultry sectors should be the priorities when it comes to grain usage and rightly so. Cattle and sheep have more homegrown options open to them. The likes of red clover could be an easy option on many farms. It doesn’t require N fertiliser, has high yields, and could provide high protein silage for young stock, negating impact of lower cereal availability. Some was planted here last autumn for those reasons but it remains to be seen how it will work out.

The big unpredictable factor is weather. If we have a washout summer and autumn like 2012, then the challenge will become greater than it is now.

By putting the committee in place, at least Government is showing some initiative. Outside of input costs; labour and time availability are limiting factors for both farmers and contractors. Access to planting equipment could also be an issue, definitely outside of the more traditional tillage areas. The skills aren’t there in abundance either but they can be learned. Speaking to those involved in tillage, the equipment is there to get it planted but the question is whether there are enough combine harvesters around to get it cut, particularly if there is bad weather at harvest time, which is more of a concern.

For those of us with cattle or sheep, there are easier options if there isn’t enough fodder for next winter. In an extreme scenario, you can sell stock at relatively short notice. That option is more complicated for pigs and poultry.

For example, if a pig unit stopped breeding sows at the end of March this year, then the last pigs are likely to be sold in early November if it’s a breeding-only unit. If it’s an integrated breeding and finishing unit, then it is well into February 2023 before the last pig is gone.

That’s a lot of cost in terms of feed and energy alone over those months. There are people who would who dismiss these sectors, as they don’t like the largely intensive farming systems. They are important to the home market however, as 73 per cent of the meat consumed by Irish people is either pig or poultry meat. Grain plays a major part in their diet, so much of the cereal-growing focus will be with these two already-under-pressure sectors in mind. It’s also worth noting, that combined, the Pig, Poultry and Horticulture sectors are the most reliant on the home market, yet all three are currently under the most financial pressure.

Unlike during the Second World War, there won’t be a compulsory tillage scheme. At the time, this proved deeply unpopular among many farmers. Beginning in October 1939, a quota was put in place that farmers had to adhere to. If a farmer owned 10 acres or more, then one-eighth of their land had to be tilled.  As the war escalated, so did the amount of land under compulsory tillage. By 1941, 25 per cent of a farmer’s land had to be tilled and, in 1944, the threshold was reduced to five acres or more with cereal, fodder or vegetable crops grown on three-eighths of the land.

Since the turn of the century, the tillage area in the country has contracted largely due to economic reasons. Grazing systems have come to the fore here because they have a cost advantage for the same reason. That may have worked well in peace time, but there is a lot more uncertainty in the world today.

Tue Apr 5 , 2022
At a time of heightened uncertainty, West Cork farmers are increasingly turning to their local credit union for farm finance. Long seen as a place to put some savings for a ‘rainy day’, credit unions are changing. They are diversifying their loan portfolios to include small business lending. The best […] 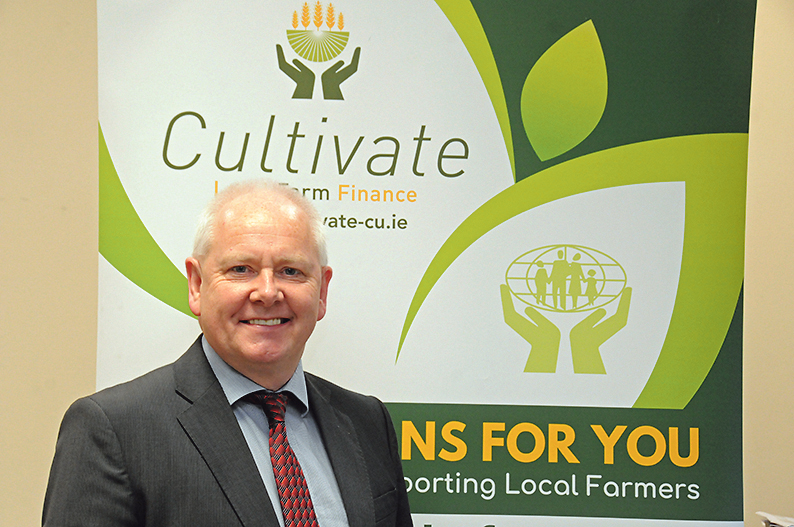