I found it hard to sleep last night with the thoughts going around my head.  I was thinking, as I lay there in my bed, of the many women, mothers, girls, laying in their own beds or on floors or the ground, or countless other places, in Afghanistan.

My daughters were asleep near me, safely tucked up in their own beds, in their own rooms. Their familiar faces moved through my thoughts: my eldest, an absolute character whose vibrant personality is matched only by her vulnerability as a young woman with special needs.

I was thinking of my second daughter, a humanitarian and independent woman who has first-hand experience of working with people in extreme poverty and need. My youngest, too, was in my thoughts. She is a creative recent graduate, who is so talented, gifted.

For her final year project in 3D sculpture, she created the most amazing sculpture of her eldest sister. It captured her spirit. But for me it captured something else too, it captured something of the essence of family, of the ties that bind us. That also came into my head, as I lay there trying to get to sleep, and I thought of the trauma and heartbreak so many families are going through at the moment. We have Afghan people living in our midst today. I have been hearing first-hand of what they are going through, thinking of their wider families in Afghanistan.

Thinking of my own three daughters, counting my blessings and hoping, as every mother hopes, that they will continue to be safe and well, I realised, in the sanctuary of my home, in a town, in a country, led by a democratically-elected government, where we live in relative prosperity; the statistics are stacked in favour of them remaining safe, living long, healthy lives.

My thoughts kept returning to Afghanistan. Many individual stories have found their way to me over recent days, but I was thinking of one particular mother. Of the relief she must have felt when she, her many children and her husband got word that they had been granted a visa, which will allow them to leave the country for Ireland. I was thinking, sadly of the horror, the terror she must have felt, having fled her rural home to take shelter with her family and many others in a house in Kabul, when it became clear that it was not safe to travel to the airport. The airport is less than 10km away from where they are now hiding. Those few short miles would be so dangerous for her, her husband, their children, that they could not risk travelling them. It would be particularly dangerous for their daughters, who would have to pass through Taliban checkpoints along the way. They are certain that without official, military assistance, they could not make it onto the plane where their seats are booked.

This story is not unique. For obvious reasons I can’t go into too much detail, but suffice to say this is one of many, many families who are in similarly terrifying and hopeless situations as the current evacuation window closes.

Like so many people throughout Ireland I have been following the news reports with a heavy heart. As a politician I am doing everything I can behind the scenes. I called on government officials to continue efforts to ensure safe passage for refugees fleeing Afghanistan, and to prioritise expanding the reach of the Refugee Programme.

With the situation in Afghanistan spiralling into a humanitarian catastrophe, I would like to see Ireland being leaders and unifiers in the EU and international efforts to come up with appropriate, effective responses.

My team and I have been engaging with NGOs and people on the ground as stories emerge of vast numbers of people desperately trying to flee the country to safety. These are people whose prior work or activism makes them targets for Taliban brutality.

We have been hearing of countless Afghan citizens, even those with documentation, currently in hiding, unable to get through dangerous roads (with multiple Taliban checkpoints) to reach Kabul airport and get on evacuation flights. Planes have been waiting for them, but the window is rapidly shutting down. One of three charter evacuation planes with 345 seats departed from Kabul yesterday with only 50 passengers. It’s unforgivable in an already horrific situation. Add to this, yesterday’s explosions in the vicinity of the airport and you have a chaotic, life-threatening situation.

It’s understandable that, thus far, government focus has been around efforts to evacuate Irish citizens. Of course, I appreciate the very real concerns for their safety, but we must not forget those Afghan citizens on the ground who have worked with national and overseas NGOs, or national efforts in Afghanistan progressing democracy and equality over recent years. They are in fear for their own and their families’ lives and safety.

Ireland has committed to give refuge to 150 Afghan nationals under the Refugee Protection Programme, but this is simply not enough and doesn’t honour the pledge we made when we signed up to the overarching principle of the Sustainable Development Goals to: ‘Leave No One Behind’. It’s deeply alarming that at the moment, even documented people are finding it impossible to get to the airport in Kabul, safely.

In light of the above, along with Ireland’s position as the upcoming head of the UN Security Council and with the recent Department of Foreign Affairs delegation, including army rangers, deployment to and return from Kabul, I’ve called on government officials to keep working on arranging safe passage for those in urgent need of refuge.

I’ve also called on the Government to immediately set up an Afghanistan Emergency Task Force, bringing together NGOs, humanitarian organisations, the Department of Foreign affairs and others, to urgently respond to the deteriorating humanitarian crisis, and find ways, in the short-term, to rescue and evacuate those most vulnerable and in immediate or imminent danger and, in the longer-term, develop a strategic response to the crisis, including a concerted effort to foster international unity around establishing a humanitarian corridor for ongoing evacuations, an expansion of Ireland’s commitments around accepting Afghan refugees, a strengthening of sponsorship programmes and so on.

Mon Sep 6 , 2021
In his address to the nation on Tuesday, August 31, Taoiseach Micheál Martin said that the sectors still closed due to Covid-19 can “now begin to hope again”. If all goes according to plan, restrictions will gradually ease in September including the return of indoor live music events, albeit with […] 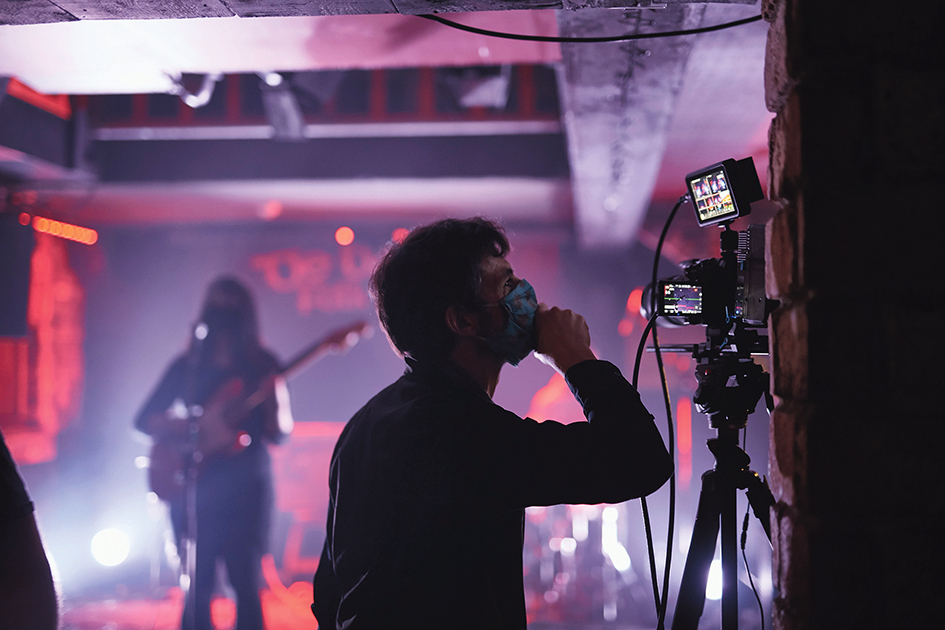