The earliest evidence of horses in Ireland dates to about 2000 B.C. from bones found in Newgrange, Co. Meath.  In early Ireland the Brehon Laws generally make a distinction between two different types of horses: a work pony or ‘capall’ for farmwork, and a larger more prestigious horse or ‘ech’ (modern Irish, each) for riding. Generally the work pony was small and sturdy, similar to the modern Connemara pony and used as a pack animal for carrying loads such as corn, wheat, seaweed, and so on.  Horses were not used for pulling the plough in early Ireland, as this was a task for the heavier oxen. Plough-horses did not arrive in Ireland until the thirteenth century, when the strong plough-horses, originally developed for military purposes, were introduced from Europe.

Ownership of horses was a major status symbol to the Celts, as well as other early peoples.  Horses were, and still are, relatively costly to maintain, and wherever their use became widespread, a social division opened up between those who could afford to keep them and those who could not. Indeed, the definition of a nobleman in Celtic society was someone who possessed a horse and arms.

Horses were frequently described in Irish legends as the companion of warriors. In fact, their warlike attributes and physical prowess were often described in as much detail as their human owners. A detailed system of evaluating good traits in a horse has been popular in Ireland for several centuries. According to this, the perfect horse should have ‘three traits of a bull – a bold walk, a strong neck and a hard forehead; three traits of a hare – bright eyes, lively ears and swift run; three traits of a woman – broad breast, slender waist and short back’.

There is a detailed description of the two chariot horses of Cúchulainn, the ‘Grey of Macha’ and the ‘Black of Sanglain’. Cuchulainn acquired the two horses by capturing them wild and ‘breaking them in’. Both seem to have emerged from lakes, indicating that they were otherworldly. The ‘Grey of Macha’ is also connected by name to the Ulster goddess, Macha.  In the famous saga ‘Táin Bó Cuailnge’ (The Cattle Raid of Cooley) they are described as ‘two horses, swift, high springing, big-eared, beautiful, bounding, with flared nostrils, with broad chests, with lively heart, high-groined, wide-hoofed, slender legged, mighty and violent. In one shaft a grey horse, broad-thighed, small stepping, long-maned. In the other shaft, a black horse, flowing mane, broad-backed’. The ‘Grey of Macha’ was capable of fighting alongside Cuchulainn, at one time killing an enemy horse. When Cuchulainn later faced his final battle, the ‘Grey of Macha’s’ grief was so great that it refused to be yoked to the chariot, before relenting and shedding great tears of blood at Cuchulainn’s feet. Despite this, when Cuchulainn tied himself to the pillar stone and was dying, the ‘Grey of Macha’ defended him to the last, killing fifty men with his teeth and another thirty with its sharp hooves.

The swiftness of horses is another feature to appear regularly in mythology. According to the ‘Book of Invasions’, the three horses of the Tuatha Dé Danann, who ruled Ireland before the coming of the Milesian Celts, were called ‘Attach’ (blast) ‘Gaoth’ (wind) and ‘Sidhe’ (whirlwind). ‘Mannanán’, the Gaelic god of the sea, had a horse called ‘Aonbharr’ (One Maned) that was ‘as swift as the naked cold wind of spring’, and the sea was the same as dry land to her, and the rider was never killed off her back. In Greek mythology, Poseidon, the god of the sea, first created the horse.

The horse is also associated with the sun in Celtic symbolism, probably due to the idea that it drew the chariot of the sun across the sky. In Irish myth the sun was sometimes called ‘Echdae’ – the horse of the heavens.

The Celts had unrivalled skill in the use of the chariot and this allowed them to settle over large parts of Europe. They were leaders in developing horse-related technology, making chariots that were particularly light and agile. They were also the first to develop the horseshoe, which was later borrowed from them by the Romans.

Horses were often said to be lucky animals and people got them to trample on newly sown grain crops, as this would cause the seeds to sprout well. The horse’s halter was believed to bring good luck and was always kept by the seller when the animal was sold. The value or good fortune of the animal, which had been enclosed by the halter, would be retained within that trapping.

It was generally believed that horses had the power to see spirits and that they would stop on the road at haunted places and could not be persuaded to move on. This belief is probably based on the fact that horses can be skittish and have a very keen sense of smell both of which cause them to balk at anything they find threatening. Folklore claimed that if a rider or carter looked ahead directly between the horse’s ears on such an occasion he would be able to see the spirit which was there.

Because of the horse’s crucial value for agriculture and transport, the owner tended to be quite nervous about its welfare; beliefs abounded concerning many unexpected dangers that might lie in the animal’s way. Often, when the owner would come to the stable in the morning, he would find the horse in a lather of sweat and this was explained as the result of it being stolen overnight by some neighbours who rode with the fairies. To repel the fairies various customs were used – tying a piece of red ribbon or a piece of hazel to the horse or spitting on it. Moreover, it was said that the horse itself sneezed in order to keep these beings out of reach. One of the greatest dangers to the horse was believed to be the evil eye of a begrudging person; to prevent this the Sign of the Cross was frequently made over the horse.

One type of horse that had great power, if folklore is to be believed, was the ‘fiorláir’ (true mare) which was defined as being the seventh filly born to its dam without any colt intervening. They were considered very good workers and gallopers and neither magic nor spirits had any effect on them. This, of course, is paralleled in human folklore, where the seventh son is believed to have unusual power and even more unusual was the power attributed to the seventy son of a seventh son. Seven, of course, was considered a magic number in many cultures. It was also believed that where the true mare fell to the ground at its birth, a four-leaved shamrock (‘Seamair Mhuire’, Mary’s clover) grew; this shamrock was believed to be very lucky, bringing good fortune and protection to anybody who found it.

Not all horses, however, were considered lucky. A foal born at Whitsuntide was believed to have a vicious nature. A white horse was generally considered unlucky, while a horse with four white legs was very difficult to sell as they were believed to be very difficult to tame.   There were many varying opinions concerning the best colour for a horse. Grey horses were held in high esteem and advice from their riders was always heeded. A white mark on the forehead was generally considered a good sign. A foal born with a cawl was believed to make a good racehorse. A very strong belief was that a mare in foal should never pull a hearse or be brought near a corpse. All these superstitions indicate how close the relationship between humans and horses was. With the cow, the people’s livelihood depended to a great extent on having a horse and the horse was often a human’s sole companion on long journeys.

Expert horsemen were held in high regard. Good jockeys and those who could train hoses, especially stubborn ones, could earn a good living. A wild horse, it was believed, could be tamed by whispering into its ear. The most famous of these ‘horse-whisperers’ was James Sullivan from Newmarket, Co. Cork who flourished in the early part of the nineteenth century. He was very successful at taming horses even the most stubborn or savage. In 1804 he performed his greatest feat when he so quietened a notorious stallion in the Curragh of Kildare that the animal actually took part in a race and won.

It was thought that horses had a special understanding of people and that ‘one should treat a horse like a Christian’. Speaking to horses when they were working or racing has a natural soothing effect. If a team of plough-horses was moving too fast, the ploughman would sing calmly to them causing them to slow down. Sometimes, an extra man would walk beside the plough-team, whistling a tune to the horses; some people used to sing a slow song to soothe an uneasy or frightened horse.

An old saying in Irish is ‘capall le ceansacht’, meaning that a horse should be handled with gentleness.

Banning of the EU delegation from the Gaza Strip

Tue Jun 7 , 2022
In recent days, in the wake of the death of Al Jazeera journalist, Shireen Abu Akleh, I was due to travel to Palestine on a five-day mission to the region as part of the European Parliament’s Delegation for Relations with Palestine. We had a packed schedule lined up, and were due […] 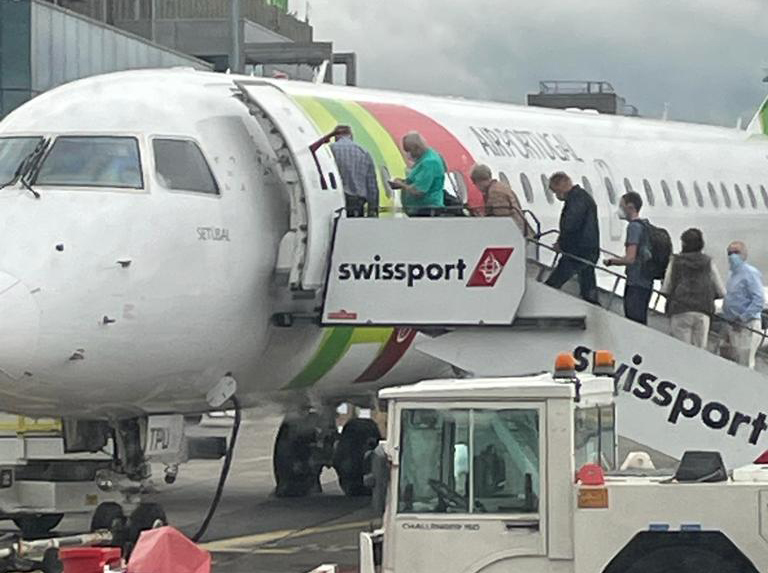