This summer of 2022, saw a return to international holidays. Dublin airport hit the headlines with its four-hour check-in queues, but it wasn’t just an Irish problem. The airport authorities in Heathrow, as I write, have forced the cancellation of hundreds of flights to cut back on the throngs of holidaymakers that are departing from their hub. It’s an international problem. We witnessed it ourselves in East Africa. Arriving three hours before our flight in Dar El Saleem, we were aghast to find a queue, that would give an after Christmas sales line for Penny’s, a run for its money. It was only a temporary flash of annoyance because the slave markets of Stone Town in Zanzibar were still dominating my thoughts that evening.

A few days earlier, we had taken a walking tour of Stone Town, wondering the maze of passageways fused with colours, that seem to reflect the very soul of African towns and villages. We revelled in the aromatic smells of the spice markets and were dazzled by the history of the ‘House of Wonder’ – a Sultan’s residence that had electricity in 1883. [All the more wondrous given that some of our parents’ generation had to wait for rural electrification to arrive in 1950s Ireland!] Then things turned darker and more sombre. We passed the tomb and former residence of the Arab slave trader, Ḥamad ibn Muḥammad, nicknamed Tippu Tip. Such was his interest in guns, he would often test them on unsuspecting slaves on his plantations, and thus the onomatopoeic sounds of his gun shots (Tip tip), led to the name of Tippu-Tip. Soon our local guide brought us through an opening which led to a Christian Church. Today, Stone Town, though dominated by Mosques, shares the tight space amicably with Hindu temples and Christian churches. The magnificent Anglican Cathedral of Christ Church dominates the skyline, where once East Africa’s biggest slave market stood. The whipping pillar is now the site of the altar – all deliberate decisions made by missionary priests who worked tirelessly to eradicate the evils of slavery from Zanzibar. While we all understand the difficulties that colonialisation brought, there was more to the missionaries than spreading gospel. It’s too easy to use broad brush stokes when we revise history to say it was all bad or all good. The missionaries were instrumental in stopping slavery here, even after it was ended in the USA in 1865, in French dominions in 1848, and banned by the British in the British Empire in 1833. (Though in order to ban it, wealthy slave owners were ‘bailed out’ by the tax payer, costing 40pc of the total economic budge in 1833 and thus the rich got richer from their ill-gotten gains. Somethings never change). Events elsewhere had no bearing in Zanzibar and slavery was not going to disappear without the advocacy of people such as Scottish Missionary Dr. Livingstone. It wasn’t until 1873 that the British forced the Sultan to close the slave markets here and on the mainland. Yet slavery in the Sultans empire was legal and indeed deemed a necessity for their spice plantations. The practice still went on until 1909.

The transatlantic slave trade dominates our own consciousness, probably due to its focus in our schools and aided by many cinematic representations. We all know and understand the mass deportation of slaves to the Americas and their subsequent mistreatment and dehumanisation. What we know less about is the east African Arab slave trade, that was paradoxically often aided by competing African tribes; some out of fear, others out of economics and even some out of wanting to defeat their rival tribes. Man’s inhumanity to man seems to have no end, and transcends religion, ethnicity, and status. Swahili is the unifying language of east Africa and widely spoken by Ugandans, Kenyans, Tanzanians and also in Burundi. This is a legacy of the Islamic/Arabic traders, explorers and ultimately Sultanates that sprung up throughout the region for centuries before western colonialisation muscled in. Like any strong colonial power, they were not there for the benefit for the native people. The spice and slave trades were lucrative and Zanzibar was the centre of that world. Arab slavers exercised their cruel trade as far west as the Congo, north to Kenya, as well as incursions in the southern part of the continent. Their markets were often Asian colonies, such as Portuguese stations in India, but predominantly to their ancestral land, the Oman Sultanate.

Such was the abundance of human beings that could be abducted, the massive causality rate of slaves did not hinder the lucrative trade. It wasn’t so much that slaves themselves were of great value, (they were for the most part, bartered for guns and cloth). It was their part in cultivating the spice trade that was where their true worth lay. The seemingly never-ending stream of slaves, perpetuated mass killings and horrific treatment arguably on a greater scale, than those who had to endure their poor miserable lives in the USA. As many as eight out of every ten would die from the point of capture to their arrival in Zanzibar, in journeys that could last up to two years. It’s clear to see that their captures knew they had a never-ending human well and cared little for their lives.

The museum that is adjacent to the Anglican Church is as informative and well written as any museum I have been in. Unlike many museums, where one gets can get fatigued by the information, this place gets in spot on. Within each information board that gives you a chronological narrative of the history, are also personal accounts of rescued slaves. These accounts were sometimes gathered by missionaries, other times, biographies from soldiers stationed there, and even court testimonies from slaves who sought their freedom. What struck me most was learning that the abolition of slavery did not mean an automatic right to freedom – one had to apply for it. This means we also have some slaves record and testimony about their lives in bondage. Much of the historical facts in the museum were accompanied by some of these personal and graphic stories. Any slave who got sick or incapacitated, was left for dead. Many could be randomly killed as a warning not to run away. That’s even if they could. Their heads were tightly fixed in wooden beams, like a long ladder, all attached to each other, making escape impossible. Sickness, thirst, hunger were all reasons to kill you. It’s no wonder so few arrived alive in Zanzibar. And after all that, the way that perspective slave owners assessed their potential ‘merchandise’, was to have them whipped senseless. The one who endured the most was seen as a more durable and better buy. Arriving in Zanzibar did not guarantee survival. In what was perhaps the most harrowing part of the walking tour, was the visitation to the rooms they were kept in. As the slave markets only took place weekly, you could find yourselves incarcerated in one of these tiny rooms for a whole week. The rooms that had ceilings low enough that you have to stoop, and small enough that might equate to two bedroom sizes, would hold 75 slaves. There was such little space that poor unfortunate people would have to literally sleep (and relieve themselves) on top of each other. The chambers that were at sea level, would get washed with the incoming tide. Disease, suffocation, and no doubt mental breakdowns were many. It’s really, really hard to imagine how humans could allow this to happen to other humans. The museum also had old pictures of slaves in chains and this brought it all home. There was a photo of one child of seven who tried to escape. He was permanently chained to a log his own body size so the only way he could move around was to drag or carry the massive weight. He endured this for a year until a missionary priest rescued him. There are many stories like this that would move the hardest of hearts.

Of course, slavery in other forms still exists today. Olympian Mo Farah in a BBC documentary disclosed that he was a victim of trafficking and was lucky to be freed from his bondage, when a kindly teacher intervened, which eventually led to him finding a foster family. Human trafficking is less visual and harder to detect but the International Labour Organisation estimates there are nearly 25 million people trafficked, annually.  Slave labour and textile sweat shops are just more examples. We can all play our part, not just by being advocates of a better world, but by purchasing responsibly and being vigilant. If one suspects a person has been trafficked, remember don’t wait for some else to act – be proactive and call the relative authorities. It always starts with personal responsibility; those who took actions in Zanzibar over 150 years ago helped to the end slavery there.

The wisdom of Irish proverbs

Tue Aug 2 , 2022
The diminution of the Gaelic language and consequent sense of a broken tradition is one of the utmost importance in arriving at any adequate assessment of life in Ireland today. Here I attempt to show how proverbs reflect the old Gaelic tradition, now very weakened, mindful of what Thomas Davis […] 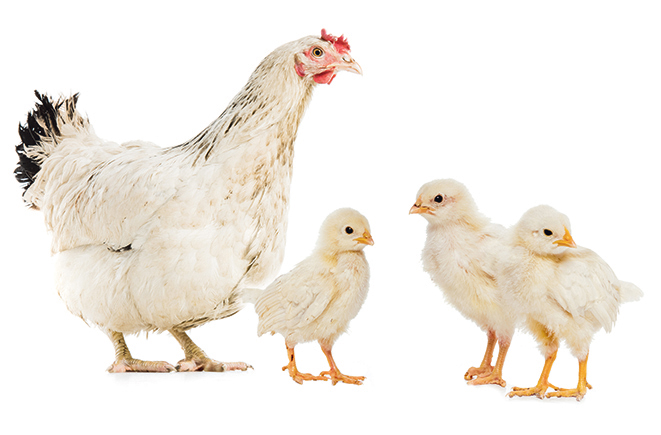