The diminution of the Gaelic language and consequent sense of a broken tradition is one of the utmost importance in arriving at any adequate assessment of life in Ireland today. Here I attempt to show how proverbs reflect the old Gaelic tradition, now very weakened, mindful of what Thomas Davis wrote in ‘The Nation’ in April 1843: ‘The language, which grows up with a people, is conformed to their organs, descriptive of their climate, constitution and manners, mingled inseparably with their history, and their soil, fitted beyond any other language to express their prevalent thoughts in the most natural efficient way’.

Proverbs offer us a wealth of wisdom, wrapped in short, memorable, often witty, phrases. Francis Bacon declared that ‘the genius, wit and spirit of a nation are discovered in its proverbs’.  An indication of the longevity of proverbs comes from the Old Testament, since proverbs have a respected place in Judeo-Christian teaching.  Solomon wrote the Book of Proverbs to help his people ‘know wisdom and discipline’.

Irish proverbs provide us with a unique insight into the spirit of our ancestors, showing us that, while our everyday life now differs radically from theirs, the human dilemmas we face in life, love, work and death, to name but a few, are the same as they faced. Irish proverbs elucidate the Irish mind in a distilled fashion, frequently throwing light on aspects of the social and cultural history of our forebears. Traditionally, the Gaelic mind has abhorred abstractions, so that abstract truths are represented by comparisons drawn from the natural world.  For example; ‘Ní sheasann sac folamh’, literally means ‘an empty sack won’t stand’, but the thought behind it is, ‘it’s hard to work on an empty stomach’. The mindset that created these proverbs no longer exists in anything like its full integrity. The Irish language is thinning out, where it has not actually been stilled. With this loss comes a less sophisticated response to the diversity of nature and an impoverished nomenclature. More and more we see and experience the world through an Anglo-American mind-set and we are poorer for the decline of the language of our ancestors.

Many Irish adults, whose school-learned Irish has got rusty and faded away, are still able to remember a few proverbs, such as, ‘Níl aon tinteán mar do thinteán féin’ literally, ‘there’s no fireplace like your own fireplace’ – there’s no place like home.

When Irish was spoken between ordinary people it was enriched by these sayings – ‘seanfhocail’ (old words) or ‘sean-ráite’ (old sayings). The person who could quote a suitable proverb to sum up a situation or to suggest a certain course of action, commanded respect in the community. Such a person was considered to be rich in conventional wisdom, and his use of proverbs was as worthy of respect as the use of text books by the formally educated. Proverbs are like a set of rules the community share for reasoning with one another.

Proverbs, like much folklore, are, to a large extent, international. They were passed from mouth to mouth, from generation to generation, from county to country over hundreds of years.

Some of the best proverbs are ones that seem to be observations on animals or birds, but are, in reality, observations on human behaviour. The cow, the pig and the hen, not surprisingly, are often mentioned, as so many generations of people in rural Ireland depended on them for food and sustenance. When we say, ‘Is gliobach í an chearc go dtógann sí a hál’ (the hen has ruffled feathers until she rears her brood), we recognise it as an observation on a poor mother who is struggling to rear a big family. Inanimate objects are also used in comparisons: ‘Nuair a chuirtear tine leis an gcloch pléascann sí’ (when fire is put to the rock it cracks), suggesting that we all have our breaking point.

Brevity is the soul of wit and it is a common trait in Irish proverbs, which are often pruned to a maximum of three, or even two, words, i.e. ‘Múineann gá seift’ (necessity is the mother of invention); or ‘Drochubh, drochéan’ (a bad egg, a bad bird), suggesting hereditary traits.  ‘Briseann an dúchas tré shúilibh an chait’ (hereditary traits break through the eyes of the cat), in other words, much of our character and personal traits are inherited.

Irish proverbs have at least four prominent characteristics – brevity, alliteration, memorability and rhythm and rhyme. The use of alliteration (using words with the same sound) helps to make them more memorable. For example, we have: ‘Is binn beál ina thost’ (literally, a closed mouth is sweet) or, as we say in English, ‘silence is golden’. Another example is – ‘Ní huasal ná íseal ach thuas seal agus thíos seal’ (it is not a matter of upper class and lower class, but of being up (thriving) for a while and down for a while). ‘Tuigeann Tadhg Taidhgín’ (Tadhg understands little Tadhg or its English equivalent: ‘Birds of a feather flock together’) is a good example of alliteration. Being easy to memorise is a strong characteristic; for example: ‘Is fearr an tsláinte ná an táinte’ (health is better than wealth, literally, herds of cattle, which was how wealth was estimated in ancient and medieval Ireland). Another example easily memorised is; ‘Bíonn siúlach scéalach’ (the wanderer has stories). Irish people always had a welcome for the travelling pedlar or those who moved from place to place plying their trade, like tailors and tinsmiths.

A common format of Irish proverbs is the triad – an expression in which three things are grouped together for the purpose of comparison and illumination. Many of the triads are witty observations on life, usually culminating in an amusing third item.  Two good example are: ‘Trí nithe nach féidir a mhúineadh: guth, féile agus filíocht’ (three things that can’t be taught – a singing voice, hospitality and a talent for poetry);  ‘Na trí súile is géire: súil na chirce i ndiaidh an ghráinne, súil an ghabha i ndiaidh an tairne, agus súil ainnire i ndiaidh a grá geal’. (The three sharpest things on earth; a hen’s eye after a grain, a blacksmith’s eye after a nail and a maiden’s eye on her loved one).

Many proverbs have a significant truth value, which is in agreement with psychological findings.  The following are a few examples:

‘Ní mar a shíltear a bítear’: Things are not always as they appear which acknowledges the role of subjective perception in interpreting everyday events and experience.

‘Is maith an scathán súil charad’: A friend’s eye is a good mirror which conveys the idea that a true friend will give us honest advice.

‘An rud nach éigin aoibhinn’:‘That which is not necessary is pleasant’, is an awareness that people often distract themselves by tackling pleasant but unnecessary tasks rather than urgent, more demanding ones.

An acknowledgement of our mortality is beautifully put in this proverb: ‘Maireann an craobh ar an bhfál ach ní mhaireann an lámh do chuir’ – the branch lives on the wall but the hand that planted it is dead.  A disdain for certain types of verbal support is clear in the expression: ‘Is maith comhairle ach is fearr cabhair’ – advice is good but help is better.

The most humorous Irish proverbs by far are those known as ‘quotation proverbs’,  They not only lack the seriousness of most ordinary proverbs but they turn some of them about and hold them up to ridicule.  For example; ‘Ní bhíonn an rath ach mar a mbíonn an smacht’ – mar a dúirt an mac agus í ag bualadh a athar’. (There is no luck except where there is discipline as the son said while beating his father).  The quotation itself is serious but becomes humorous when attributed to a certain speaker in a certain situation.  A very funny quotation, given the fact that a crab walks sideways, is: ‘Siúil díreach, a mhic’ – mar a dúirt an seanphortán leis an bportán óg’. (Walk straight, my son – as the old crab said to the young crab).

‘Ar scáth a chéile a mhaireann na daoine’ (people live in each each other’s shelter) – in the era before modern technology, people, especially in rural areas and on the islands, depended on neighbourhood co-operation.  A group of neighbours, helping a farmer to save the hay, cut turf, or thresh the corn, was called a meitheal.  Payment was by way of reciprocating the work done.  This group of neighbours usually included the farmer’s brothers or cousins and other neighbours in the townland. ‘Is fearr beagán den ghaol ná morán den charathnas’ (a little relationship is worth a lot of charity) says another Irish proverb, and the first aspect of family connection was the duty of material help. Comhar na gComharsan (co-operation of neighbours) was a much used phrase, a much-practiced act. Today co-operation and neighbourliness appear to have waned. With all the modern technology which reduces the amount of manual labour, we seem to be busier and more separate from our neighbours. The days of dropping in for a chat or to go ‘scoruíochting’ at night seem to have, to a great extent, disappeared.

As Liam Mac Con Iomaire states in ‘Ireland of the Proverbs’ – “Proverbs are, in fact, the preserved butterflies of long gone summers, impaled in the language as a result of their memorability and witty commentary on universal concerns of human nature, which brings colour to our reflections on the daily dilemmas of existence, unfortunately, now inaccessible to many of us because of the decline of our native language”.

Tue Aug 2 , 2022
At time of writing a decision on the levels of emission reductions that has to be delivered by farmers between now and 2030 has yet to be made. It feels like you can’t turn on a radio or open a news site without having to hear or read of the […] 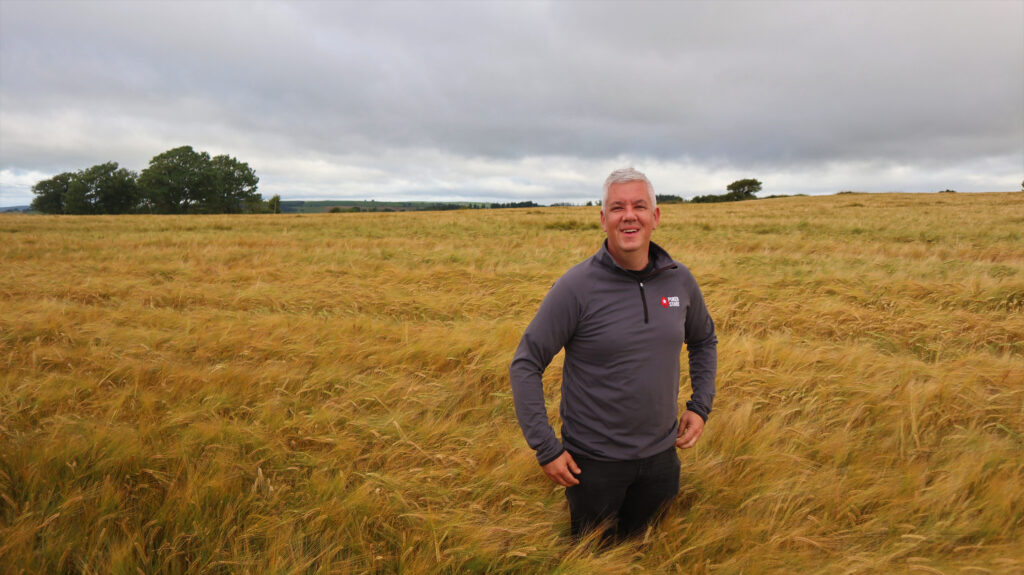