As bad as the weather has been since the arrival of Storms Dudley and Eunice, in an odd way I’m kind of glad. Weather has been unseasonably good since Christmas and I’m happier getting rough weather now rather than in the middle of May. Sometimes in farming you have to take a chance when weather is good because when it breaks, it could stay like that for weeks. Del Trotter’s ‘He who dares wins’ mantra has applied to the first two months of 2022 for me. Slurry was put out while ground conditions were good and a tentative start to grazing took place in January.

With the latest TB test passed, I gave the green light to the 2022 grazing season. The mild winter left an abundance of grass so a plan was put in place to get things underway. To streamline things, a decision was made not to send any stock to the out farm until the next round of TB testing in late March is over. The smallest of the replacement heifers have gone out and unless there are monsoon rains for a fortnight or a 2018-style blizzard they won’t be housed again until next winter. They got a small bit of ration when I was feeding the bulls in order to train them to come into the yard for the first week, but they’re on grass-only now. Their disposition is a marked contrast to the heifers that weren’t considered for breeding, so a different approach was required.

As farmers are well aware, letting young stock back out after a winter indoors can create a lot of short term work if you’re not careful. The combination of enthusiasm and speed once the gate is open is something to behold. Tearing out of the field with gusto, cattle can easily run through wire fences. In order to mitigate this, particularly with a group that was flighty to start with, I had to devise a plan.

I took the divide and conquer approach, selected the quietest ones and let them out in a field near the shed. Some ration was used to entice them into the yard and they were housed again at night. I then added two to the group every day until all were out. They’ve all gone out by now and I can’t decide if they remind me more of a starling murmuration or an U-10s sports blitz! If one goes somewhere, they all go.

Key to making them easier to manage in summer is to ensure there are no bad experiences when they come into yard now. Since the middle of February, they’ve only had two days out, but that initial training has proved invaluable. My plan is to try and bring them into the yard at least once a week just to ease the longer term workload. They’ve had to move out, as calving kicked off over the last week of February.

The in-calf heifers have taken up residence in the calving shed so the focus will now fall on them. Most are due in the first three weeks of calving and, of those, the majority are due in the last five days of February. All this year’s heifers are in-calf to either Angus or Polled Hereford. These breeds are usually easier calving compared to continental breeds and have a shorter gestation. Also, as both breeds genetically have no horns, it saves labour later on, as there is no need to dehorn the calves.

Most heifers are great with their calves but on occasions the odd one will reject their young and just not want to know about it. To avoid this, I put the heifer and her calf in a pen on their own for 48 hours. Usually any issue is sorted within 24 hours but, on at least three occasions over the last decade, I’ve had heifers that just wouldn’t take to their calf. Two took it a step further and showed no interest in their second calf as well.

This year will see a new development, as the herd is part of the next stage of the DNA calf registration programme. Each calf will have a skin tissue sample taken at tagging and that sample is then to a central lab where they will be able to determine, the dam, sire and sex of the calf. The herd was offered a place in the program, as all the stock had been genotyped over the last few years so it’s all part of rolling this out at a national level.

Almost half of the calves born in the country don’t have a sire recorded so if all calves are DNA-sampled at birth, it will help identify a range of genetic traits, both positive or negative that could impact Irish cattle production in future. Be it seeing if a line of cattle have better growth rates, lower methane levels or better survivability in rougher terrain; having access to that data will be extremely useful in a sector that is coming under much more environmental scrutiny than ever before. I’m looking forward to seeing how it plays out.

Mon Mar 7 , 2022
The Good Dairy Company makes artisan ice-cream using milk and cream from its pure-bred pedigree Friesian Cows on its dairy farm in Nohoval, Kinsale. While Tom Good is the fourth generation farmer behind the cows that produce the high quality milk and cream; Catherine is the business and marketing mind […] 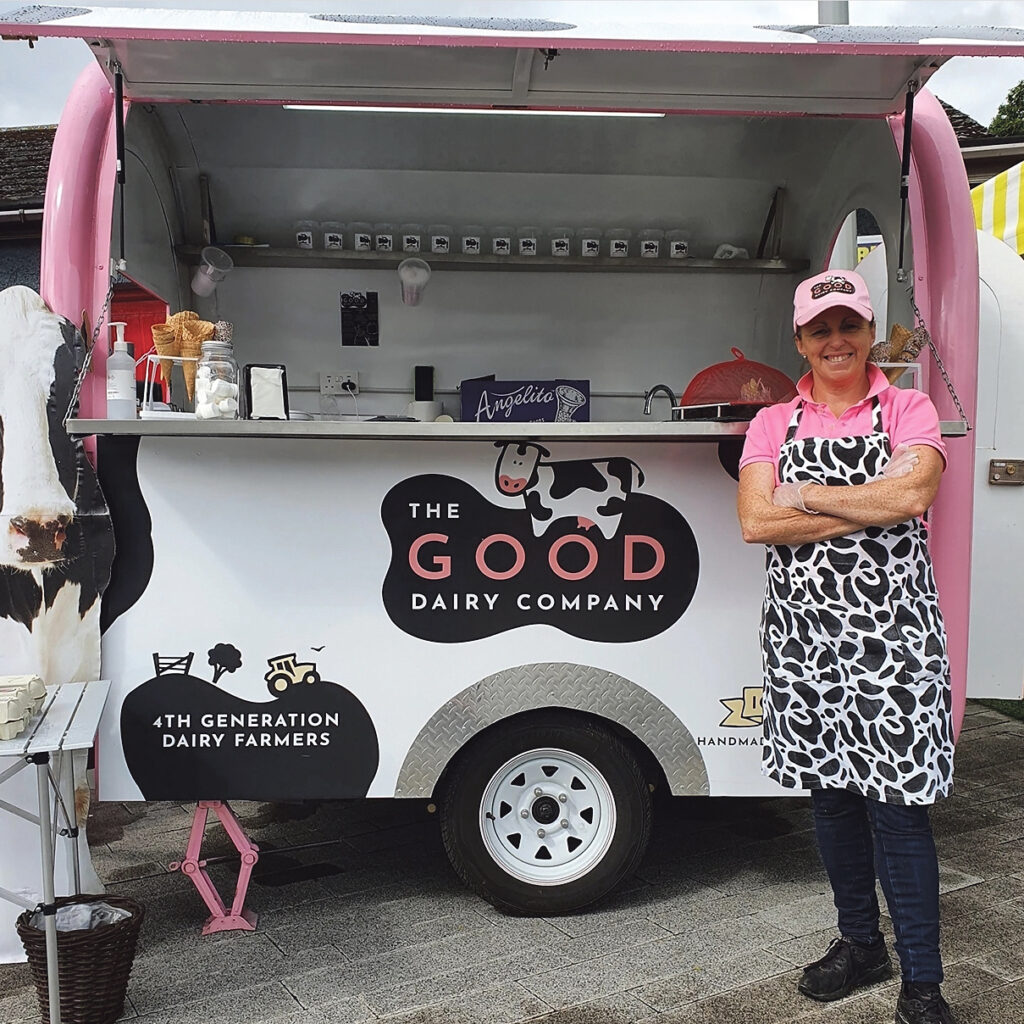