The saying ‘a wet and windy May fills the barns with straw and hay’ has indeed lived up to it’s billing. Weather has held up well through September and grain was harvested in good conditions. This, on top of a solid grass-growing spell in August and September, should stand farmers in good stead. What the final quarter of the year throws at us weather-wise is to be seen, but on farm has been enjoyable over the last few weeks.

It’s a contrast to everything else that is going on. Prices remain strong across the board but input prices have eroded the margin in a lot of cases. We are also in the midst of discussions at political level that will set the scene for agriculture in Europe until 2027. Covid-19 delayed the finalising of the next Common Agricultural Policy. This CAP differs from its predecessors, in that it has a much larger environmental focus. Prior to this farmers received a set payment per hectare based on the number of entitlements they held. These were referred to as pillar one payments. Environmental schemes such as REPS and GLAS required farmers to do certain measures and were referred to as pillar two payments. This CAP will see the introduction of eco-schemes for the pillar one payments.

The Department of Agriculture recently revealed five measures under consideration for future eco schemes. In order to maximise their full eco-scheme payment, farmers will have to select two of the following five measures:

2) Extensive Livestock production – Farmers will have to comply with a specified over all stocking rate for the calendar year.

5) Use of GPS-controlled fertiliser spreader to apply chemical fertilisers.

The department has said that if a farmer only selects one, or selects two but only complies with one, the current expectation is that the farmer will only receive a half rate eco-scheme payment. On compliance, the farmer will receive a payment on all eligible hectares on their holding.

On first view, picking two of the above should be manageable on most farms. Overcoming the mindset of some farmers will be a bigger obstacle than the measures themselves. The devil will be in the detail though. At least it’s a bit of information.

At policy level, the decisions made over the next few months are likely to impact the rest of my farming career and, it’s as if they are all coming at once.

I spoke to one farmer recently who was fed up of all the regulation and policy changes coming all at once. They hit the point where they just wanted decisions made so they could plan properly for their business for the next few years. I couldn’t blame them. Brexit, beef protests, African swine fever, Covid-19, CAP, climate action bill, Nitrates action programme, labour issues and concerns over natural gas supply. We’re in the middle of a very chaotic decade and there’s probably more to come.

The natural gas supply issue is the most recent and one that has a direct effect on the food chain, principally in two areas: Natural gas is the main raw material for artificial fertilisers used in growing much of the world’s food; and its by-product, CO2, is used in the drinks and meat sector. CF industries in the UK and Norwegian fertiliser manufacturer, Yarra, are predicting a reduction in production in the region of 40 per cent for 2022.

If that plays out, it will force farmers to pay more or think differently. The nervousness some farmers have around clover could disappear at a faster rate if the natural gas flow remains under pressure.

Suckler farmers were upset by comments made by departing director of Teagasc, Professor Gerry Boyle, who said the organisation was advocating a switch from suckler beef to dairy beef. The words confirmed what many suckler farmers have witnessed from Teagasc since the abolition of milk quota. I feel sorry for the advisors based in the suckler heartlands, who already face an uphill challenge in trying to retain clients, but now have to take the heat for the directors parting words.

Hopefully over the coming months there will be more clarity appear on the various policy positions that seem up in the air at the moment and we’ll be able to focus in on actual farming for a bit.

The wonder that is the Common Starling

Mon Oct 4 , 2021
This month West Cork Branch Chairman David Rees looks into the life and behaviour of the Common Starling. The Starling is one of most common and recognisable birds. It is found throughout the country and is will often nest close to our homes, in sheds, outbuildings or gaps in houses. Because […] 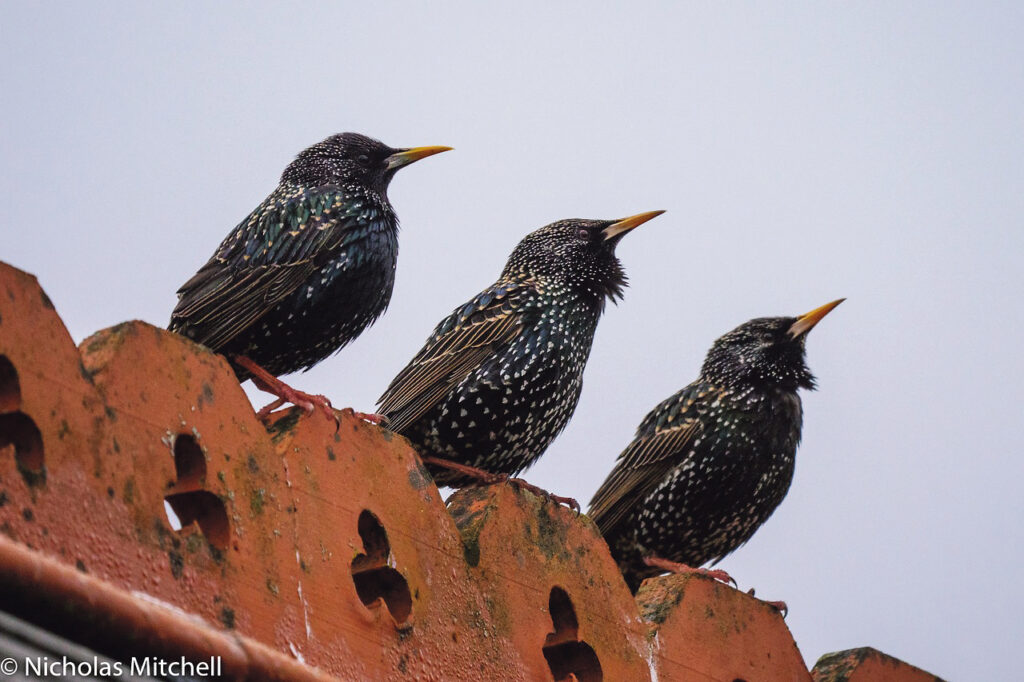