On farm it’s been a busy month. Breeding is finished for the heifers and they will be scanned to see if they are in-calf in a month’s time or so.  The bull that was with them is now with the main group of cows who have just completed three weeks of AI.  He’ll stay with them for at least a month but will be removed, as I want to get my calving spread tightened up a bit.

I had a first in my farming career recently. From the middle of April to the second of June, I spread no bagged fertiliser. It was more to do with weather and circumstance than a planned event and whether that move comes back to bite me at a later date is to be seen but you have to try things out.

Grass covers are where I want them and silage is up-to-date so it looks like slurry and clover kept the show on the road.

I lost track of how many times a day I would check the weather app on my phone, waiting for a window to get silage cut. Thankfully we’re past the halfway mark in terms of our fodder requirement. In early May conditions were too cold, and I was wondering if grass would kick off properly. Conditions have been very favourable for grass growth now with plenty of heat and moisture. t has hit the stage that I’ve taken out a few extra paddocks for grazing to keep things in check.

In late June, I had my initial farm visit, as part of the ASSAP (Agricultural Sustainability Support and Advisory Programme), a free advisory service aimed at improving water quality. It involved an advisor coming on farm and looking at any water courses and slurry and effluent control measure, and afterwards highlighting areas for improvement. It’s one of a number of measures aimed at trying to improve the overall environment. Like most things in agriculture it will take time for the results to filter through. That can be a challenge in a social media-dominated world where everyone expects instant results.

You could argue that there was a bit too much moisture in June, as it has proved very difficult to get silage cut. I don’t recall a full dry week over the last six weeks. It’s a marked contrast to other parts of the country where some farmers require rain and some have resorted to grazing some of their planned second cut silage

I’m hearing reports of some farmers having more patience than others with regard getting fodder in. Contractors are well aware of the challenge in getting silage cut this year and are under enough pressure to do so. Some farmers’ unreal expectations don’t help matters.

In general, all seems a bit more pleasant on farm than in the greater political world that influences what happens on the ground.

The first of the chickens Brexit hatched are coming home to roost following the agreement of a trade deal between the UK and Australia. Of particular concern to Irish farmers is the access this gives to Australian beef and lamb in particular. This could open the door to a string of other deals providing serious competition for Irish livestock farmers.

If it does, we’ll have to think a bit differently on how we do things on farm, particularly if we have to compete with global prices.

I was in Australia four years ago and my agriculture curiosities got the better of me and I ended up visiting Roma sales yard in Queensland. It’s the largest sales centre down under and is capable of handling 14,000 head of cattle in one sale. I attended two auctions that week; a store one, with 8,000 cattle sold in six hours, and a fat cattle sale of 880 head that was finished in 75 minutes. There were 20 to 30 buyers the first day and fewer than 10 the second. They stalked the canopy-covered passageways in the dust, barely having time to lean on a gate as auctioneers on catwalks overhead sold large numbers in seconds. Bids were in c/kg and cattle were weighed after.

You knew your stuff or you left with nothing. It was a professional’s game. An agent could have 50 or more cattle bought in the time it took an Irish mart goer to write the lot number on the back of his hand. It was the same sector but worlds apart.

Two weeks later I was in Skibbereen mart and got chatting to a farmer there, who told me: “I’d like to buy a bullockeen.” It’s not to be dismissive of that farmer’s mission at that sale but the phrase etched in my head as a contrast in scale between here and our new competition. A positive for us is that the fact it could be 15 years before they have full tariff-free access allowing time to get our act together. Their beef sector appeared more focused and united than ours.

British farmers were assured that the Australians wouldn’t compete against them. Their targets were the countries exporting beef to the UK. Currently almost 80 per cent of the beef imported into the UK is from the Republic of Ireland. Brexit pits us against the major protein producers either side of the southern Pacific. Post-Brexit trade deals could have a larger on-farm impact here than the CAP talks.

Speaking of CAP talks, they were to be concluded at the end of May. Agreement couldn’t be reached on the final details so they are scheduled to re-commence at the end of June. With so many other variables up in the air it would be good to get some clarity on issues affecting farming that would allow us to plan ahead. Here’s hoping that will happen.

Cllr. Gillian Coughlan elected as Mayor of the County of Cork

Tue Jul 6 , 2021
Gillian Coughlan, Councillor for the Bandon Kinsale Municipal District (MD), has been elected to the office of Mayor of the County of Cork. Her election follows a long career working with her local community and representing the people of Bandon in Bandon Town Council and later the people of Bandon […] 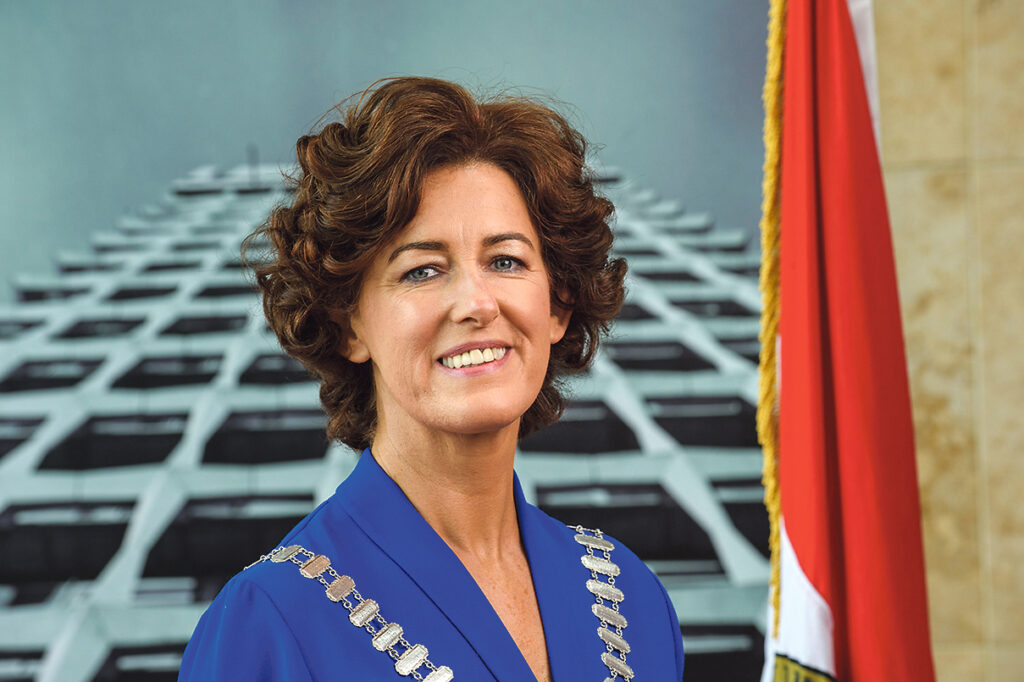