If the pandemic has highlighted one thing, it is that Ireland is a dog-loving nation. Ireland is world-renowned for its famous breeds like the Irish Red and White Setter, or the Kerry Blue and of course, the Irish Wolfhound. Mahatma Gandhi, a giant of humanity, non-violence, and a lawyer of great intellect, enriched the world with many a great quote or philosophical musings. It may come as a surprise to many readers, but he famously said, “The greatness of a nation and its moral progress can be judged by the way its animals are treated.” I’ve often marvelled at the magnificence of Roman architecture, education and civic society. When you apply Gandhi’s qualification to the Romans, it places them in a shadowy light. Once they wiped out most of Europe’s lions, tigers and bears for their bloodletting sports, they just kept going, creating one of the bloodiest sports of all time – the Gladiator games and the feeding of Christians to whatever lions they had left.

It is not just eastern philosophy or religions like Buddhism and Hinduism that have left their followers with teachings regarding the kind treatment of animals. Christianity has left its mark too. In Proverbs 12 verse 10 in the Bible, we are told, ‘A righteous man regards the life of his animal, but the tender mercies of the wicked are only cruelty.’ In more recent centuries, Christian mystics have demonstrated a respect for and affinity with animals, such as Saint Francis of Assisi. Saint John Bosco’s writings reveal he was protected by a dog called Grigio in his times of most need. It seems the humanists, mystics and saints all agree on something.

However, underneath this pretty painted image of our animal loving nation, lies an ulcer. Like most ulcers it is kept under wraps, away from the prying eye. One of these is the greyhound industry. This abusive use of dogs has been covered in detail in the press and on television. RTÉ Investigates highlighted the mass slaughter of up to 6,000 greyhounds a year, “for spurious reasons, ranging from a decline in performance to not being fast enough to compete on the track.” €280 million has been given to the greyhound industry by the tax-payer since 2000 and what have we got for our investment? There are a lot of schools that could be built for that. When Holly Cairns TD bravely dared to lance this boil, she was met with threats, misogyny and the impregnable wall of the opposition’s Party Whip.

Coursing, another enigma of Irish society, is also an industry that seems to get special protection by some parties. Recently, Mick Barry, Paul Murphy and other TDs in the opposition benches have brought a Bill before the Dáil, the ‘Animal Health and Welfare (Ban on Hare Coursing) Bill 2020’. It is a well-researched, scientific and evidence-based Bill, which highlights the inherent damage Coursing does to the Irish Wild Hare. Five thousand hares are captured a year, 600 seriously injured and 75 die, despite dogs being muzzled. The survivors, traumatised, are sent back to the wild and it is immeasurable to know what long-term damage has been inflicted on them. Yet the Bill’s chances of success are slim, not because it is a bad piece of legislation, but because the big boys in government parties are more interested in maintaining a vote from those vested groups rather than doing the right thing. But hey – it’s tradition, right?

Tradition is a great word, and you can defend almost anything by using it in a sentence. Tradition should never trump progress and morality. A whole article alone could be dedicated to the never-ending scourge of puppy farms – an anathema to any dog-loving individual. We still have mink farms in the country. They exist so people can still wear fur – yes in the 21st century. Even when we do agree on legislation to phase out our mink farms (mainly due to EU legislation and not our own initiative), there are still three functioning in Donegal, Kerry and Laois despite the watchful eye of the Greens in government. We’re more Roman than we think. Oh Gandhi – what would you say?

Another feature of the pandemic has seen a stratospheric rise in the stealing of dogs. Anyone who has had a dog will know the heartbreak it has caused owners.  Those who do not have a dog may not understand it, but let’s not pretend those emotions are not relevant for many. It has been going on with impunity for over a decade, chiefly because the government has limited and archaic protective legislation for animal welfare. In the last ten years, 17,000 dogs have been stolen and another 40,000 reported missing. Peader Toibin, Aontu TD, is currently bringing a Bill to the Dáil that makes dog stealing punishable with ten months in jail, whereas of now, there is no punitive measure. When one broadcaster on the national airwaves, insinuated this was over the top, he was met with an avalanche of bereaved dog-owners texting into the show, in favour of Toibin’s initiative.

What Peader Toibin, Paul Murphy, Mick Barry and Holly Cairns all have in common is the face of a mutual enemy called the ‘Party Whip’. Essentially this means it is difficult to change anything in the political arena unless you get the support of the bigger parties. The Party Whip means TDs must stand united with their party when it comes to voting on motions, bills and legislation, even if the individual TD has a conscientious objection to it or may represent a constituency who favours a move in the opposite direction. Though there is a place for the ‘Party Whip’ system, it highlights the limitations of the political process in democracies.

One of the problems with this unwritten law is that if a government (holding the majority) loses a vote, then it has lost its moral right to continue to govern? Why so? It doesn’t need to be this way, except for that word again – tradition. It would strengthen the mechanisms of our democracy if we trust our politicians to engage in the debate, react according to the will of the constituencies, and allow our TDs to come at the debate, with their own intellectual musing and informed opinions on particular Bills. If the sitting government gets a bloody nose now and then, it just means the wheels of democracy are working. I’m not being disingenuous here. There is a need for Whips on issues of budgets, emergency legislation and votes of confidence. But the Whip system destroys what real democracy was set up for – giving all members of the legislative body a real say, so that we, the people, all have a voice too. Why is it so, that if party or TD in opposition, produces a well-constructed piece of legislation, it would be construed as a sigh of weakness in the government of the day to accept it? If anything, it should be a sign of strength of our Dáil, and the people we all elect as its members.

Alas, what does it tell us, when animal welfare bills never seem the preserve of the big two parties? Who are they protecting because it certainly is not the vulnerable? Has the Green Party, drunk on the fumes of power, forgotten how it pushed for the closure of mink farms? Now firmly ensconced in government, we still wait for their words to become deeds. They were ‘whipped’ into handing over the greyhound industry hundreds of millions more, despite genuine ongoing cruelties, as expounded by Ms. Cairns.

Our system needs an overhaul. As it stands, TDs in government are not allowed, in a Dáil vote, to disagree with the Party Line. What is so wrong if you disagree with the Party Line on matters of conscience or have an informed opinion or represent a constituency that may be diametrically opposed to what your party is introducing? The Whip is king. I believe it is not a democratic way of conducting business, every time a bill comes for discussion.

To conclude, any time animal welfare issues are brought to the fore, they usually end up being labelled as minor issues when more serious ones need to be tended to first. I say life doesn’t function like this. Imagine if we throw all our taxpayer’s money at hospitals until they finally fix the health system. What happens to everything else in the meantime? Problems in society must be dealt with concurrently, no matter how large or small they are. It is because animal welfare is often ‘last’ on the list, that it needs highlighting now and again. We will never solve any of its ills otherwise.

Tue Feb 9 , 2021
“The challenges of learning more about her story and her impact as a cultural icon have given her even more significance….”Megan Phelps Anyone who has ever taken a CPR course will be familiar with the plastic mannequin used to teach the life-saving technique. CPR has become a mandatory element of […] 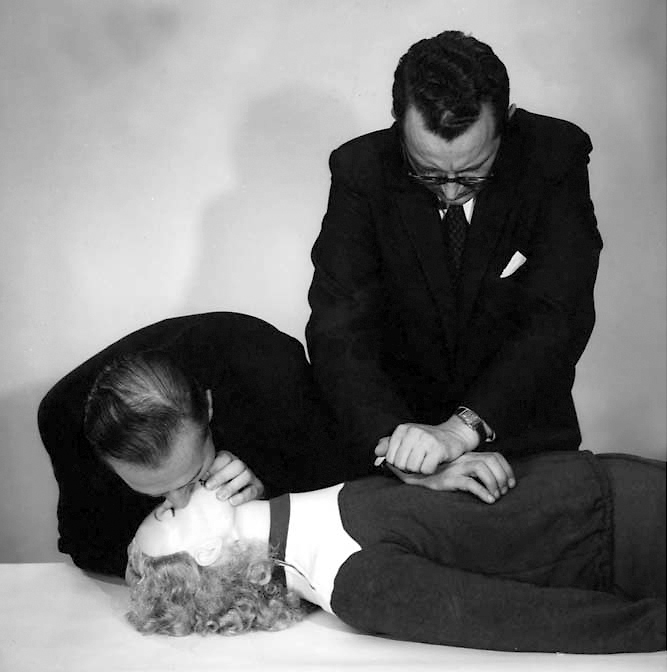