I often feel a sense of sadness at this time of year. It’s a melancholy that is both nostalgic and foreboding: nostalgia for the summer that’s gone and foreboding of the winter ahead. This year however, I can’t complain. September has been such a beautiful month, stretching summer out for a few extra weeks, that I hardly noticed the change in the landscape. It’s still warm and sunny outside, with the bonus of that gloriously golden light that you get at the Equinox. This is Autumn at its best; still warm enough to go to the beach, or lounge on a terrace with friends.

Speaking of friends – I’ve seen more friends in the last month than over the past 18 months. I’ve also gone to events, both local and in the city. I’ve eaten indoors in a restaurant and have even sat inside a pub tapping my foot to a trad session. This has been both delightful and disconcerting. Though the numbers were small, being inside enjoying the company of other people still feels strange (as does table service in my local!). As I wrote last month there is an ‘uncanny valley’ feeling to this whole lifting of restrictions. It’s that feeling you get when things are both comfortingly familiar and yet deeply strange. The familiar is telling you to relax and enjoy, while the strange is telling you to run away as fast as you can.

It’s been an interesting month. I’ve learned a lot about myself. Back in Lockdown One, I thought that I would rush out to every social occasion as soon as we were allowed to do so. We joked that once the pubs were open again, we would go on a marathon pub crawl, starting at the top of the town and working our way down main street. We imagined boisterous reunions and loud singsongs. Not only has this not been the case, but I’ve also felt a real reticence to get down and party. This is deeply strange, as I’ve always been one for the craic. Truth be told the craic is not back yet. Pubs and restaurants feel more like France than Ireland now. However, I think that I would steer clear if I found myself back in a venue packed to the rafters with revellers. Like a prisoner who has finally been freed after months of solitary confinement, I’m taking it slow. Thankfully there have been several wonderful events to help me get used to being in public again, not least the Clonakilty Guitar Festival. Clon Guitar Fest is my favourite festival in the world. This year’s offerings, though small and socially distanced, where no less wonderful. In fact, from the tiny sessions, to the slightly larger outside gigs, the festival was like a 12-step programme to recovery. Listening to John Spillane sing “Well done everyone…” (and singing along) was like being welcomed back to the world after a long and cold absence. I felt quite emotional. I also felt absolutely knackered. After only a few hours of music, conversation, singing and toe-tapping, I found that I was ready for bed. In the Before Times, the guitar festival was three days of running from one venue to the next, full-on craic, and at least one late night session. This year we were ready for a hot chocolate and a re-run of Michael Palin’s travel show after only one afternoon of moderate excitement. Still, it felt great! I’m hoping that, like getting back to the gym after months of sitting around in lockdown, my stamina will go from strength to strength as the last restrictions are lifted in October.

To help me along with my recovery, I’ve decided to take the next big step. Next week we are leaving the country for a week’s holiday. The last time I travelled was in February 2020. Flying out, Cork airport was as busy as ever, but only a few days later flying home, I had a stopover in Heathrow and I remember it being very quiet. The only masks were worn by Asian travellers. This time we’ll all be masked and vaccinated. I’ll admit that I am both looking forward to it and feeling a little wary. I expect the former to outweigh the latter, once we are settled on a terrace overlooking the Med, contemplating what local dish we might try. By the time I get back, tanned, and stocked up on Vitamin D for the winter ahead, I should have completed my recovery and be fighting fit for the fun to finally start.

Traditions and customs of Samhain (Hallowe’en)

Mon Oct 4 , 2021
The ancient festival of ‘Samhain’ – the first day of Winter for the ancient Celts – was traditionally kept on November 1, now the Feast of All Saints, and the vigil of this day, ‘Oíche Shamhna’ (Hallowe’en), is still celebrated on the last night in October. Hallowe’en was originally a […] 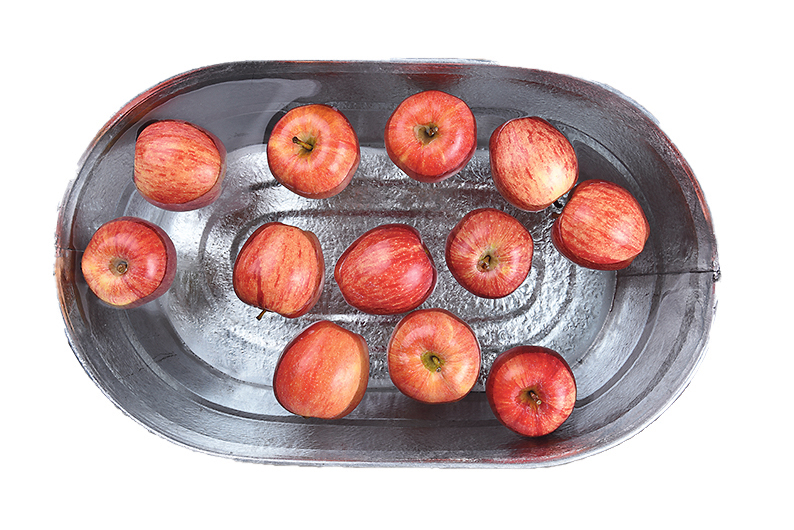