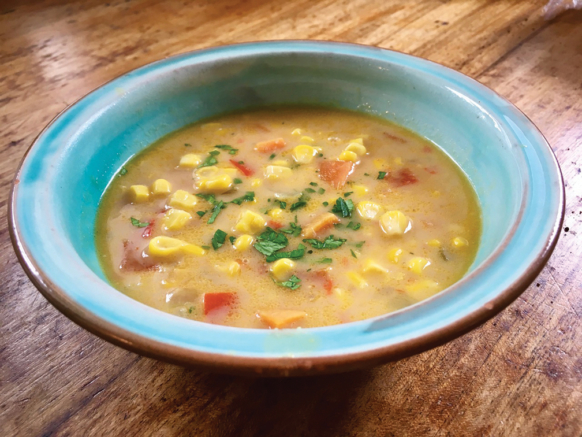 It’s very cheering amidst the autumn rain to be picking sweetcorn. Luckily we had sunshine, which was very timely as far the corn was concerned, a last little push in the ripening process and now we have an entire crop to consume. Crop being a rather grandiose term for our little corn patch but nevertheless, like any other vegetable that we grow, they are all ready to eat at the same time. The corn has been on the go since the spring, surviving the initial slug attacks, protected with netting to prevent the crows from scoffing it and now each plant yields one or two cobs of deliciously sweet sweetcorn.

I am very happy to rush down from the garden with the sweetcorn, shuck it, chuck it into a large pot of boiling salted water, then eat it on the cob, slathered with butter, salt and black pepper. I’m equally seduced the Mexican way where the cob is bathed in chilli mayonnaise. Sweetcorn can also be tossed with salads, made into fritters and bakes or as in this months’ recipe made into a chowder.

This chowder has a Halloween twist, as the sweetcorn is combined with pumpkin to make a delightfully creamy soup. The pumpkins will be the next main attraction from the garden but before we sink into comforting carbs the sweetcorn is refreshingly bright.

This soup can be made with fresh corn, frozen or canned and the pumpkin could be exchanged for butternut squash

Peel and chop the onion. Wash the celery, cut the stems into three or four pieces lengthwise then dice small. Wash and deseed the pepper then chop into small pieces.

Peel and dice the potato and pumpkin.

Heat a saucepan, add the olive oil, onions, celery and pepper and give them a good stir. Once they begin to sizzle turn the heat to medium low then cook gently for about five minutes. Stir in the diced potato and pumpkin, season with a little salt  then continue cooking until the vegetables begin to soften. Pour in the vegetable stock and bring to the boil. Add the sweetcorn and cook for a further 10 minutes. Stir in the coconut milk then take off the heat, Buzz half of the soup either by using a stick blender or taking half the soup from the pot, liquidising it then returning to the pot Mix well then season the soup with salt and freshly ground black pepper.

The next schedule of cooking classes begins this month, kicking off with the Mediterranean class – plenty of live to be one hundred plant based recipes followed by a Spanish class which is a collection of our favourite recipes from around Spain. All the recipes are suitable to feed family and friends, plenty of inspiration to extend your repertoire . If you  would like to book or have any questions please pop into the shop or send me an email.

Tue Oct 8 , 2019
There are tons of makeup tweaks that can help revive your complexion, give your face a slight lift and have you looking radiant. Here are my ‘turn back time’ makeup tips and remember, the fundamental aim is to draw attention to your best features and minimise the appearance of those […] 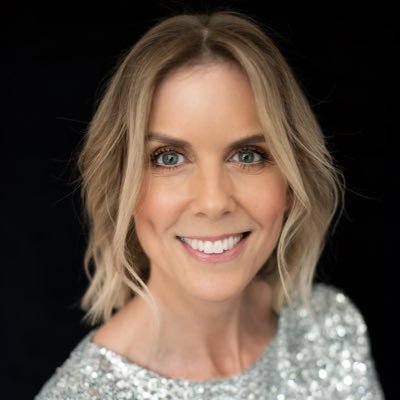