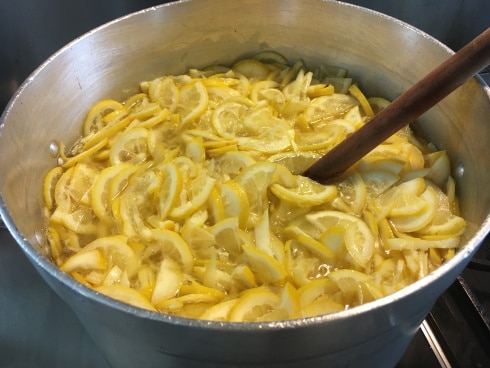 I’ve been holed up with a box of lemons – literally. I inherited an entire box when we closed the shop this week because of the Coronavirus and have been merrily making my way through it ever since.

I have a big kilner jar of pickled lemons, or should I say pickling lemons, as they’re not ready to eat yet. I found the recipe in the Guardian, a lemon pickle to eat with samosas, which required 25 birds eye chillies, which I just happened to have in my chilli bucket.

We recently harvested the last of our chillies in our tunnel to make room for this years seeds and now we have quite some chillies to make our way through. The pickle sounds exciting  – lemons, chilli, nigella seeds, mustard seeds, oil, vinegar and what sounded like an alarming amount of salt – !00g salt and only 2tbs sugar.

It has me curious. Anyways it’s going to take two weeks before I can try it so l have to be patient.

The rest of the lemons, bar a couple held back for the gin and tonics, were finely sliced and left over night in water. I put them into a big pot today, added sugar and cooked them for more than an hour. They made the house smell a lot better than sanitiser!

Here’s the recipe, scale it back to make less. I think one quarter would make a sensible family amount unless you are marmalade freaks. It does taste seriously good. Lemony, sweet and sharp at the same time – just as marmalade should taste.

Wash the lemons well and slice very thinly with a sharp knife.

Put the lemon slices in a large bowl and cover with the water and leave overnight.

The next day, put everything into a large saucepan and bring to the boil, then simmer until the lemons are very tender, about one hour.

Put a small plate into the fridge or freezer to chill

Add the sugar to the pot and bring to the boil. Keep the marmalade at a rolling boil for about twenty to thirty minutes. Do not turn to a low simmer, as the marmalade needs to reach 104c to set. You need to keep the heat as high as you can without boiling over so stay close by. Fish out any stray pips that float to the surface. To check whether the marmalade is ready to set put a spoonful of onto the chilled plate and leave for a few minutes then gently push your finger sideways on the surface. If the marmalade is ready to set small wrinkles will appear. If this doesn’t happen put another clean plate to chill and boil the marmalade for another five to ten minutes then try again. If it’s ready take the marmalade off the heat and let it rest for ten minutes. This will stop the peel from sinking to the bottom of the jars. Wash the jam jars well and put them in a hot oven for five minutes. This will sterilise the jars and also prevent them from cracking when they are filled with the hot marmalade. Wipe any spilt marmalade from the sides and top of the jars with a clean cloth and cover with clean lids whilst still hot. 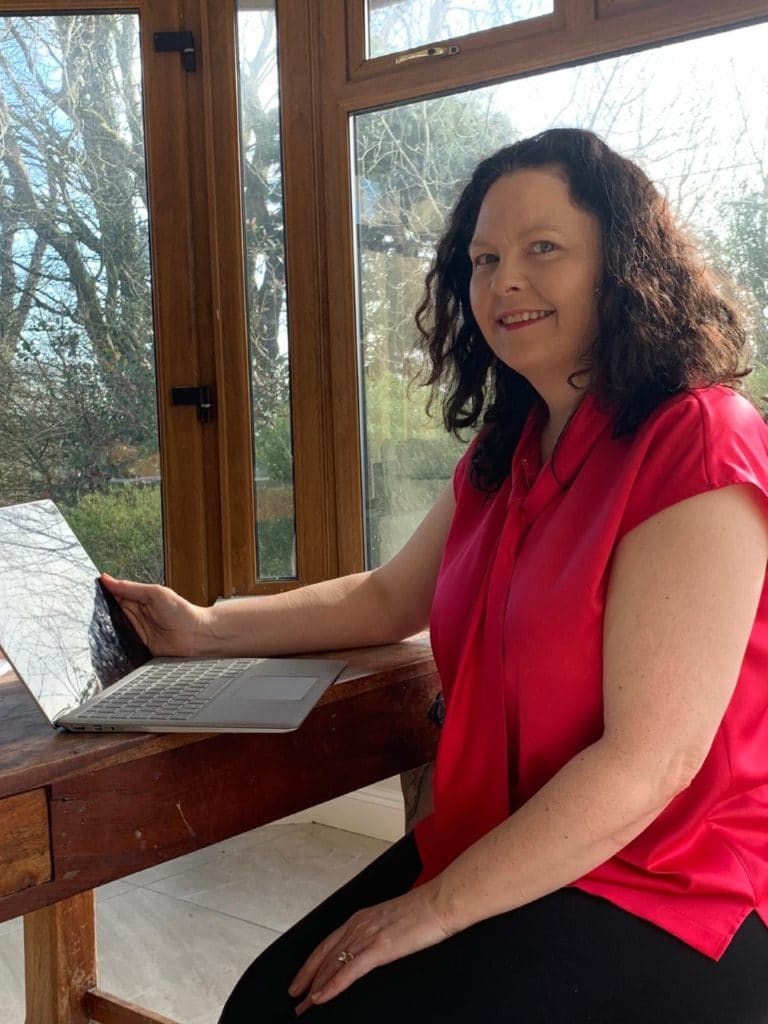