Dr Jeff Featherstone celebrates the achievements of Miss Georgina Ballantine, the inspiring fisher woman who, 100 years ago, made history when she hooked a 64lb salmon.

October 7 is an important date for anyone interested in fishing and particularly why lady fishers are so prodigiously successful when it comes to casting a line!

I always raise a glass on this date, and particularly this year, as it was 100 years since a wonderful lady, Miss Ballantine, became the most successful fisher of all time by catching a 64lb salmon from the mighty Tay in Scotland. Think about this, the fish was half her own weight!

This is a fishing story like no other. First, a little about Georgina. She was 33-years-old at the time, had worked as a nurse on the battlefields in France during the 1914 to 1918 Great War and had been decorated with the Red Cross for her services.

She regularly fished with her father James, who was a ghillie looking after the fishing on the Glendelvine beat of the mighty River Tay. This would have been marvellous therapy and a perfect antidote to the horrors she had experienced as a nurse in France.

Saturday, October 7 was a beautiful Autumn day, perfect for fishing and, as luck would have it, the owner of the fishing, Sir Alexander Lyle, was indisposed, leaving Georgina and her father to have the day to themselves…and what a day it turned out to be – positively life changing for Georgina!

The morning went well with Georgina catching three salmon weighing 17lbs, 21lbs and 25lbs. The Tay is 60 yards wide and her father would skilfully row his boat across the river searching out known salmon resting spots or lies, with two rods, one with an artificial fly and the other with a type of spinner called a dace behind the boat; this method is known as harling.

Lunch was taken and they were back on the river afterwards. The weather was still quiet and balmy.

At 6.15pm, the spinner was taken! The shock nearly pulled the rod from Miss G’s hands but somehow she kept control. Her father kept the boat steady, got the other fly rod in and cleared the boat ready for action.

The unseen monster led them back and forth across the river in 50 yard dashes. The line caught round a rock early on in the fight, disaster, but no, miraculously her father managed to manoeuvre the boat to free it, otherwise the fish would have been lost. The line was free and there was still a chance she would land it.

It was now pitch black and the fish towed them down the river opposite the cottage where they lived. Mum appeared, a lantern in hand, wondering what was going on. They shouted to her that they would be late for supper! Tally Ho!

Not once did the fish show himself,  just  the great silent weight and the line slicing through the black water.

There was the challenge of being towed past the Caputh Bridge and avoiding disaster and after two hours of extreme tension and good team work Miss G was ready to drop from exhaustion.

Could she get the fish close to the boat so her father could hook it with the gaff? This was a challenge only she could answer.

The fish was tired, swimming in short bursts, the line vertical and the fish some five feet down. Now the really skillful action is taken by her father who leaves the oars, knowing there are five knots in the silk line between Miss G and the leviathan below, and uses his gaff hook to run down the line and counts off the knots by telepathic touch and great skill. Number five knot is reached, the fish just inches now below, the gaff is pushed gently forward, turned, and with a great sweep of his strong hands, his daughter’s catch is brought to the surface and hauled into the boat. The fish carried on leaping in the boat and “father thought it was going to jump back into the river and threw himself on top of it” Miss G later said, “my arm felt paralysed and I was so utterly exhausted I could have lain down beside the fish and slept”.

The fish was weighed and witnessed by 16 people that night.

After a celebratory dram or two, she retired, but Georgina woke several times clinging to the brass railing of her bedstead, as she had clung to the rod for those two hours the previous afternoon. Her arms remained swollen for two weeks!

When she awoke the next morning she was famous, and still is. The newspapers throughout Britain on the Sunday carried the story of her great achievement and every detail of the fish: Weight 64lb, length 54 inches and girth 28.5 inches.

The male Sottish chauvinists could hardly believe a young 33-year-old slip of a woman could land such a fish. One fisherman said, as he looked at the fish on display “A woman? Nae woman ever took a fish like that oot of the water, mon, I would need a horse and a block and tackle, tae take a fish like that oot.” Georgina heard these comments and had a quiet chuckle to herself.  They would have to get used to it, as women do seem to always get the biggest salmon!

The fish was gifted to the Royal infirmary Hospital in Perth by Sir Alexander and casts were made to immortalise the fish that is still the biggest ever caught in Britain.

Georgina never married but loved to go from her cottage down to the river and relive that fateful afternoon, even when illness confined her to a wheelchair in later life. She would ask to be taken down to the spot where her Mum waved the lantern at the quickly disappearing boat all those years before. She lived on to the ripe old age of 81 years and passed on in 1970.

I wish I had met her. Saying fishing is a hobby is like saying brain surgery is a job!

From banker to baker to candlemaker

Sun Dec 4 , 2022
While punctuality and politeness aren’t bad traits, for one Swiss family getting away from the stress, hecticness and strict adherence to social etiquette that defines their home country and moving towards a more relaxed way of life is what brought them to West Cork. From banking and managing a bookshop […] 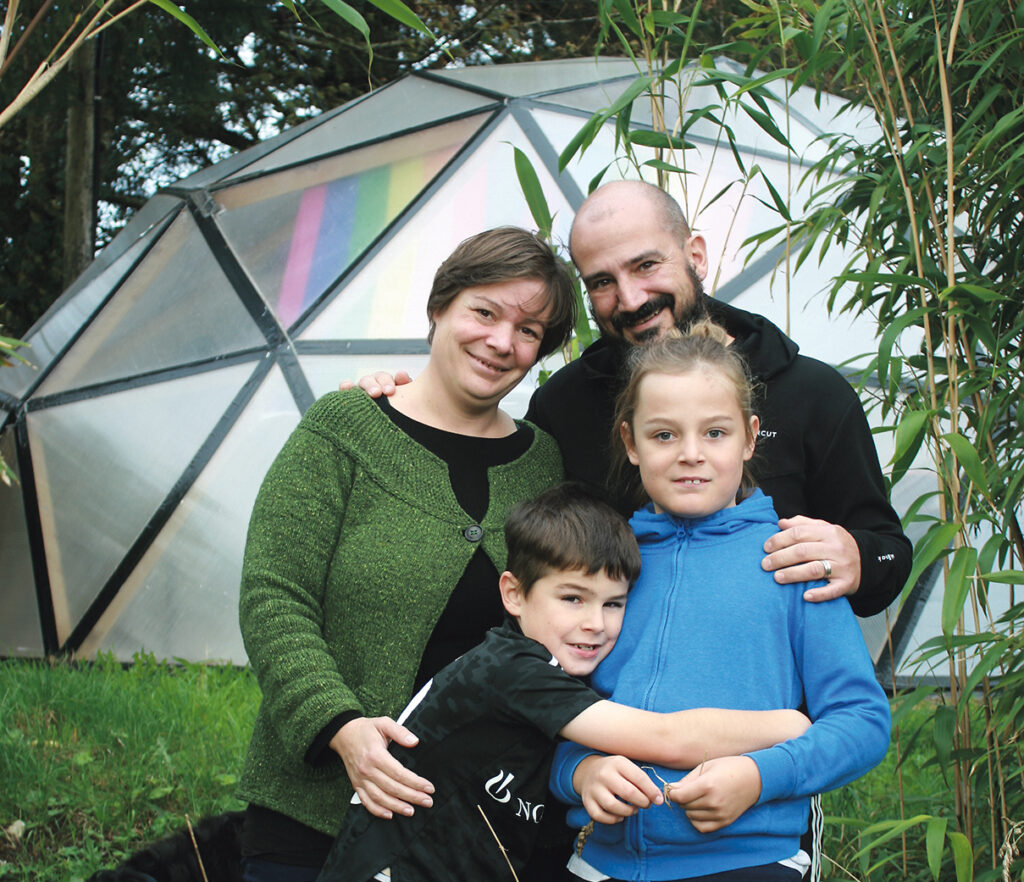