During the Coronavis Lockdown I spent a lot of time driving an automatic version of an Audi A1. So it was it was a huge change to get into a car with a manual gearbox last month, the new Peugeot 2008.

Yes, it was good to get into the impressive second generation Peugeot 2008 after that boring Lockdown. As usual motor writers get the top of the range versions and I drove the GT-Line version of the 2008 from the brand with the famous Lion logo.

The 2008 was first launched in 2013 and this new version certainly has a more rugged SUV look around the front of the car. Seven years ago Peugeot said they were moving upmarket with what they described as their first ‘world car.’ The 2008 was based on the award-winning 208, which was voted Irish Small Car of the Year in 2013.

This is a good looking motor with neat styling touches like its bigger brothers, including a new bonnet and grille and the eye-catching front and rear-light clusters, as well as the ‘lion claw’ LED strip, which runs into the front bumper.

The new 2008 is full of technology such as the 3D instrumentation, the i-Cockpit, carbon-effect dashboard and panel finishes. You will love the neat sporty-looking steering wheel.

The controls on the dash are tilted slightly towards the driver which is always a good idea. It’s a bit like a piano on the dash with seven buttons for various controls and just behind them are other buttons for radio controls etc.

Black is the dominant interior colour and my GT-Line version had a nice touch of green stitching on the doors and seats which helped to brighter the decor.

I really liked the high driving position and after spending a lot of time indoors since March, I felt like a ‘King of the Road’ once again last week.

The seats are very comfortable and there is a decent-sized console that separates the driver and front seat passenger. The console has holder for bottles etc. The handbrake is electronic, but if you fail to apply it when leaving the car you will hear a loud warning noise. In the back seat there is plenty of head and leg room for three adults.

My test model, a 1.2-litre manual petrol, was pearl white with a black roof and externally it looked great.

The current trend among car manufacturers is to reduce weight and lower C02 emissions by providing those dreaded repair kits in the boot. But Peugeot know what Irish people like and so they provide a proper spare wheel, albeit a mini one.

Prices start at €23,900 and naturally the price will increase if you want extras. The GT-Line version I drove had 130 brake horse power, so I wasn’t left floundering at the traffic lights.

I really enjoyed my time in the Peugeot 2008 and here is an interesting snippet regarding the car. The 2008 is built in three different countries, France, Spain and China. My test car was probably built in Peugeot’s Mulhouse plant in France, but it nice to know that some good things do come out of Wuhan!

No compromise in boot size with the cool new Mini Electric

Sun Jul 5 , 2020
BMW Ireland chose the Belfield campus to launch their new Mini Electric. Normally car previews at held in hotels, but as this was a static launch there was no need to drive the car. The Mini Electric is the brand’s first fully battery electric vehicle based on the iconic three-door […] 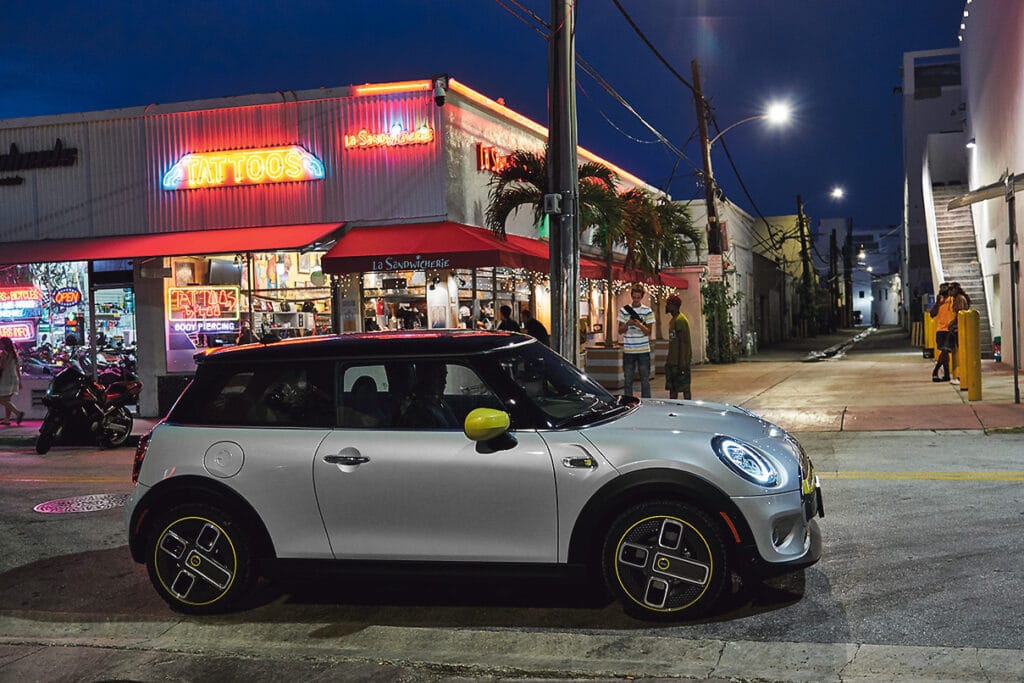