As the Lockdown continues car sales like most other businesses are suffering. The last proper figures from SIMI were for the month of February, where Renault finished the podium in third position in the new car sales charts.

The new version of the Renault Captur, which I drove last week, was in first position in the compact SUV segment and their new Clio continues to be the best selling petrol car.

We were due to see the second version of the electric Renault’s Zoe in April, but it was only on-line, but hopefully the car will be in showrooms at the end of May. It will have a price of €26,990 and an estimated range of 395km.

But for now I will concentrate on the new Captur and there is no doubt you would need to be wearing your ‘Renault Anorack’ to spot the changes to the exterior design. It’s 110mm longer than the previous model, hence the need for that Anorack. At the front there is a more prominent grille and new LED lights, while at the back there are now large C-shaped brake lights.

Inside the dash is dominated by a 9.3-inch touchscreen, it’s like a massive tablet on the dash.  The large screen comes in the top of the range S-Edition, you will have to make do with a slightly smaller screen on more basic models. That screen certainly dominates the interior where the materials also seem to have been improved.  The seats were bright and comfortable.

Space has been improved in this edition. The cabin is a little wider and there is an extra 17mm of rear seat legroom. The rear seat slides back and forth by as much as 160mm, meaning you can choose between more boot space, or more passenger space, whichever you want. With the seat fully forward, the boot measures a generous 530 litres. And the good news is that you get a full-size spare wheel, which is always appreciated.

When the Captur was launched seven years ago Renault described it as a blend of MPV, SUV and family hatchback and said the car should appeal to a broad spectrum of customer tastes.

It looks like that prediction was correct as almost 10,000 units of the Captur have been sold in Ireland, making it one of the most successful compact SUV’s this country has seen.

I really enjoyed the high driving position. And what I really love about all the new Renault cars is the key fob. Once the fob is in your pocket or handbag the car will open automatically. Then when your drive is complete, you simply walk away from the car and it locks itself. Brilliant.

Prices start at €21,995 or €199 per month with 3.9 per cent APR PCP, the new Captur is available with three trim levels: Play, Iconic and S-Edition. It’s a handsome looking motor and the red version with black roof that I drove would certainly catch your eye in the supermarket car park. Customers can choose from 11 exterior colours and four roof finishes and that gives you a total of 90 different colour combinations.

I liked it and so did all the family members who availed of an opportunity to sample the delights of this bright motor. I drove a 1.0-litre petrol version, but Renault expect the big seller to be their 1.5-litre diesel, proof once again that diesel is definitely not dead.

Wed Apr 22 , 2020
With many of us at home now looking for meal inspiration, a brand new eight-part series on RTÉ One Cook-in, with award-winning chef Mark Moriarty and Bord Bia, aims to give us home chefs a survival guide of easy-to follow, uplifting recipes for nutritious meals made from the humble contents […] 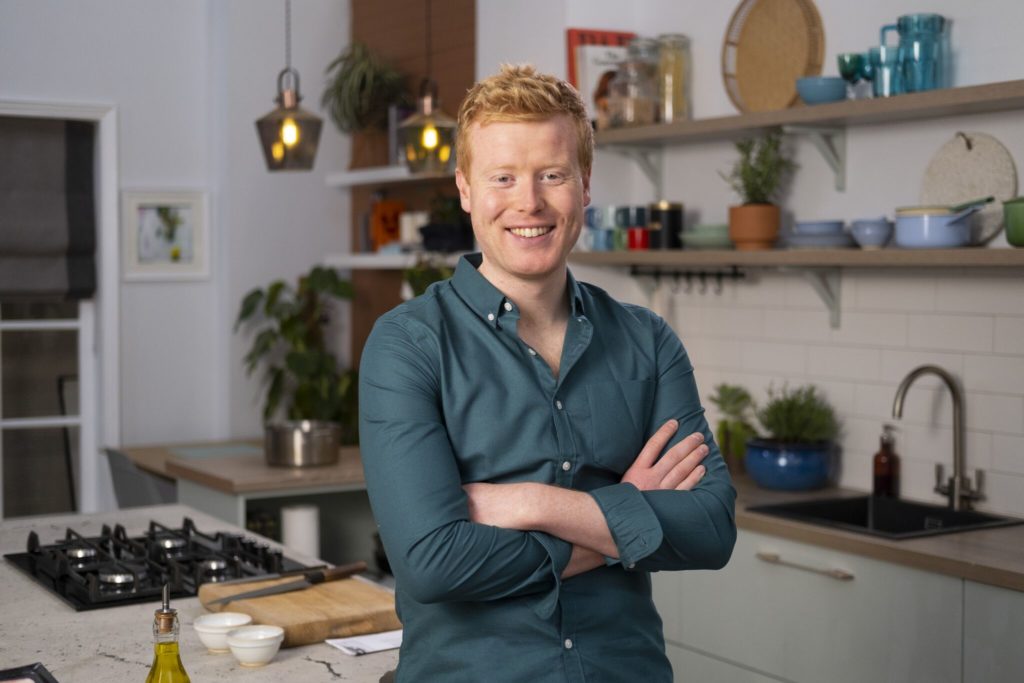