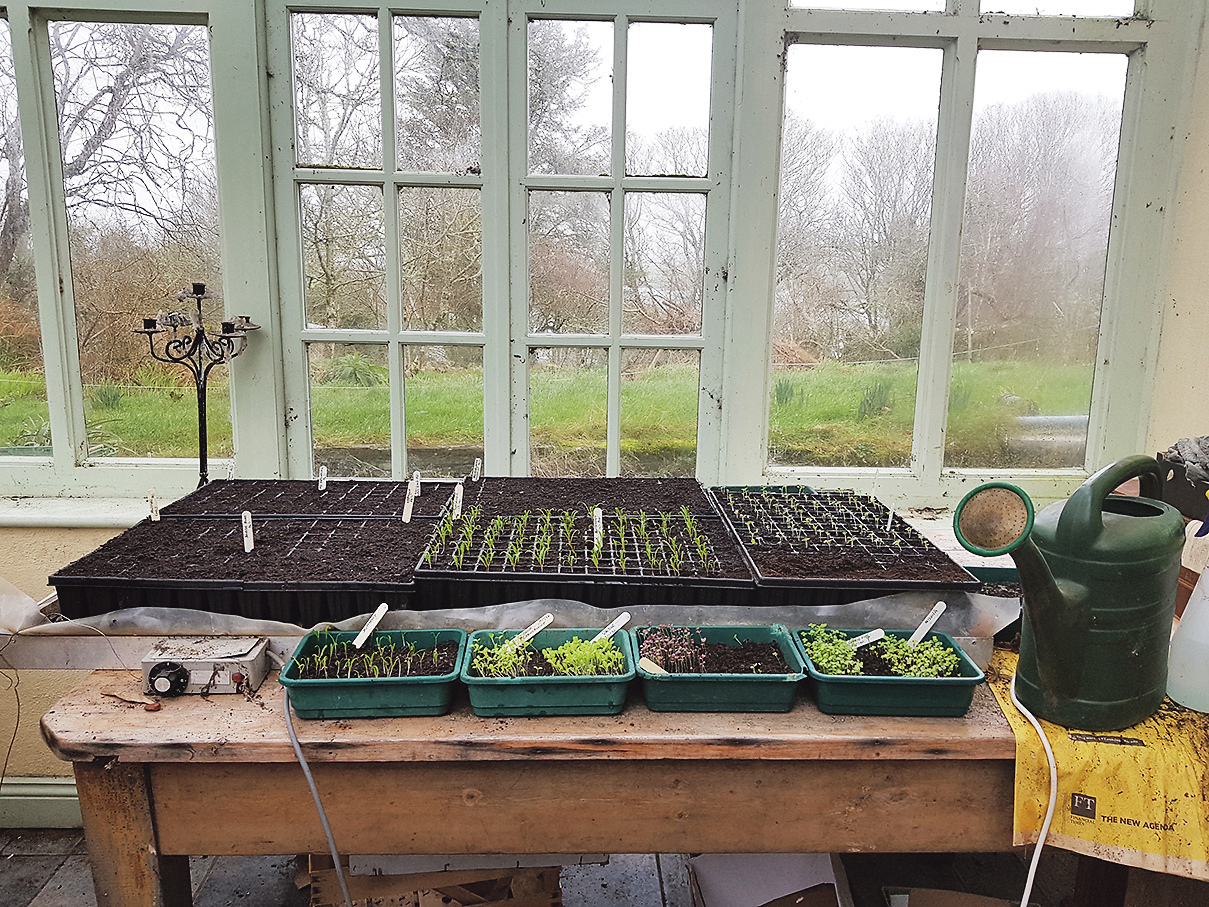 It feels good to be outside after the usual mid-winter overindulgence and I can find plenty to do on the rare fine day, but if I had the money and the room on my little patch, I would love a small greenhouse. A space to potter in not so fine days, a place to keep a few tender plants over the worst of the winter and best of all somewhere to start sowing seeds just that bit earlier.

It is really tempting when the birds start singing again and the daffodils and other spring bulbs appear, to get excited and sow things much too early. Seedlings generally fare better when they are grown in their right season, but we all try to push the boundaries, and a greenhouse or small tunnel really helps with this. I am currently using our very dilapidated conservatory to get a few things going. It isn’t any use for growing things later in the year, as it is shaded by a beautiful copper beech, but the beech is leafless for the time being and it is perfect for seed sowing and propagating. I have a very old (35-years-old) propagator and every time I plug it in, I am amazed that it still works. The thermostat no longer works so it takes a bit of managing, I have killed more than a couple of trays of seedlings by forgetting to turn it off on an unusually hot day. But I have raised thousands of seedlings with it over the years.

For now, I have restricted myself to sowing a few varieties of salad leaves and some onions and early leeks. I don’t use onion sets, although I know many people find them the most convenient way to grow onions. We have onion rot in our soil, and it is very difficult or even impossible to get rid of. I have found that by sowing from seed, maybe three or four seeds to a module, and planting the little plants with their own little bit of soil, we have a reasonable chance of getting some bit of a crop. I am going to experiment this year and spray garlic tea on the bed a few times before I plant out the onions. The theory is that the garlic will wake up the fungal spores, which will die without plants to grow on, leaving the way clear for the real onion crop. It is just a theory, but worth a try.

The other great benefit of a greenhouse or tunnel is that you can grow a wider range of crops and in my case specifically tomatoes. It is not impossible to grow tomatoes outside but with the uncertainty of our summers it is a bit hit and miss. I have grown tomatoes outside myself and some varieties are quite successful. Some modern varieties are bred to be blight resistant but for really consistent crops, growing inside is the way to go.

I won’t be sowing tomato seeds for at least another month; we were picking tomatoes in mid-July last year from a late February sowing. There is nothing like the taste of a home grown tomato. I can’t wait.

Tue Feb 11 , 2020
Before choosing a type of hedge, you must first look at why you want the hedge and what you need it to do. After that you need to look at practical considerations like site and soil. Mattie Keane of Future Forests – where mixed hedging has long been a speciality […] 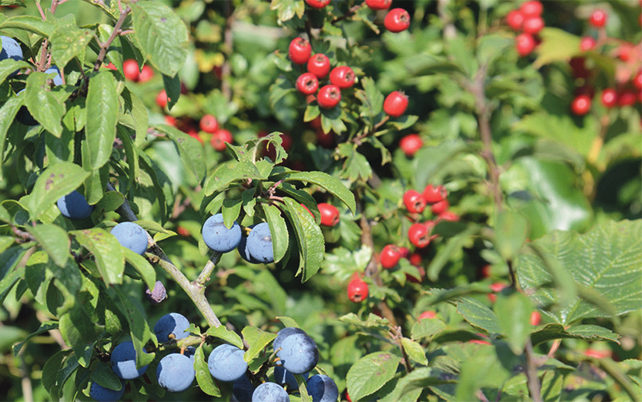