On November 29 2018 An Bord Pleanala ruled with two votes against one and against the advice of their own inspector, in favour of the proposed Thermoplastic Compounding Factory adjacent to the Retirement Village and Nursing Home on Baltimore Road in Skibbereen.

The planning permission is sought by American RTP Company trading in Ireland as Daly Products and will import raw polymer as tiny pellets known as nurdles, will melt it down, add chemicals and heavy metals to it, turn it back into nurdles and ship it out again.

Ironically exactly one month before this ruling there was a fire in a warehouse at RTP Company’s thermoplastic compounding facility in Beaune, France.

It took five fire engines, 50 specially trained fire fighters with cutting and breathing equipment, two helicopters and two command posts 10 hours to extinguish it. This factory in France is extremely close to the motorway and fortunately the fire fighting teams could reach it quickly. It would be far more difficult to get such a fire fighting team and equipment to tackle such a blaze on the Baltimore side of Skibbereen.

Plastic when burning melts turning into fuel and more than 450 organic compounds have been determined in smoke fumes from plastic fires. Many of these are highly toxic, carcinogenic and have high potential to pollute the environment, they include Dioxins, which can cause cancer, reproductive and developmental problems, damage to the immune system and interference with hormones.

An Bord Pleanala’s inspector did not take into account the risk of fire and yet stated  “Based on the submitted information, particularly with respect to noise and air quality, the applicant has failed to demonstrate that the proposal would be compatible with these amenities and the wider public health of those residing in the area… to grant permission would be to risk a contravention of the said Local Area Plan, serious injury to the amenities of residential property in the vicinity of the site, and the jeopardising of public health.

development of the area.”

RTP’s main facility in Winona along with its other factories in the USA has to comply with the Emission Inventory System (EIS) and to report via the ‘Toxic Release Inventory’, which shows that in the last year of reporting it has released Antimony Compounds, Copper, Decabromodiphenyl Oxide, Sodium Nitrite and Zinc Compounds into the air. The list of health hazards from these compounds include nuerological, haematological, reproductive, metabolic, gastrointestinal, carcinogenic and respiratory risks. Winona has the highest incidence of respiratory disease in the whole of Minnesota.

Planning has been given in Skibbereen with absolutely NO requirement for an integrated Pollution Control (IPC) licence and thus the facility will not be subject to monitoring. According to the EPA Facility Registry Service (FRS) site in the USA ( https://tinyurl.com/ybw5sfnf ) the main RTP Company Headquarters in Winona has had five formal orders issued to address non-compliance with environmental laws by a regulated entity.

Save Our Skibbereen has taken Legal Advice and believes there are substantial grounds for Judicial Review.

At a packed Public Meeting on December 13, 2018 we announced that as An Bord Pleanala had ignored the advice of their own inspector we will now apply for leave to bring Judicial Review Proceedings in order to overturn the An Bord Pleanala decision and that the first part of this, the application would cost €15,000.

Just three weeks later we had raised that first €15,000

The people of West Cork, the people of Skibbereen are voting with their money not to allow this factory to be built.

A growing number of people are running fundraisers. This is vital. Once we are granted leave to bring Judicial Review Proceedings we will need to raise the money to go through the whole legal process and this could cost upwards of €100,000 depending on the details of the proceedings.

Keep checking our Facebook Page – ‘Save Our Skibbereen’ for more events and let us know if you are planning an event so that we can help advertise it.

If you can raise funds by organising cake sales, coffee mornings, singalongs, sponsored leg, head or beard shaves, clothes recycling, table quizzes, open mic nights, talent shows, open gardens, flag days, golf tournament, beach bbq, art sales, ‘skills’ auction, concerts or gigs, sponsored walks or cycles or any other ideas that you have please get in touch at  info@saveourskibbereen.ie  So that we can help advertise your event, please put ‘Fundraising’ into the subject line of your email.

If you would like a fundraising pack with ideas, templates for sponsor forms, letters, invites etc. please email fiona.hayes@saveourskibbereen.ie

If you want to find out more about the proposed Thermoplastic Compounding facility, the effects we believe it will have on West Cork or the detail of the planning please go to http://www.saveourskibbereen.ie where you can also sign up for our email newsletter and make a contribution towards the legal costs of fighting this planning.

West Cork is Special Lets Keep It That Way

Mon Jan 14 , 2019
Funding of €160,000 has been secured for Bantry under the Outdoor Recreation Infrastructure Scheme. This funding is part of the Government’s Action Plan for Rural Development and provides funding for the development of new, or the maintenance, enhancement and promotion of, outdoor recreational infrastructure. Senator Tim Lombard commented: “I very […] 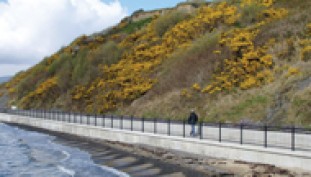