You’d think it was a different planet that we were farming if you were to compare last year with 2019. I seem to keep rattling on about weather and I probably didn’t even realise myself, until I began writing, how much of an influence it has on my job.

Back in 2018, it wasn’t until the middle of May before land started to dry out. It didn’t stop drying out then, which gave us a new challenge or wake-up call, but it was dealt with.

Given how well the weather has been to date, the pessimist inside me would be concerned as to what is to occur this year that will balance out the excellent grass growth we have seen so far. You could say I have the fear. Will we get a hardcore drought like last summer or will be be washed out of it like in 2012?

Due to the nature of occupation we just have to deal with whatever comes our way as best we can. If I had to choose between too dry or too wet, it would be dry, everytime. Once their bellies are full, cattle are contented and they spend the days lying out chewing the cud. Once they are content, they stay quiet. They are a very vocal animal when upset.

In the rain of 2012 cows were extremely unsettled. They walked a lot of grass into the ground and the dry matter contents of the grass just wasn’t there to keep them happy. As witnessed last year, nature has a knack of balancing out the weather conditions we have to work in. Despite the challenges of 2018, I think a positive to be taken from the year was how farmers had to think differently. It was more successful than any farm walk or open day. All you needed to do was see the amount of silage making activity last October. That was unheard of. Desperate times forced farmers to consider options that would never have been in their thoughts prior to then.

Beef price has been in turmoil with a few months with the double whammy of Brexit and increased numbers making it a difficult market. There is a little bit of light appearing at the end of the tunnel with a creep up of price and the news from Brussels that a €50m Brexit beef fund has been announced. This money will be matched by government funds to create a final fund of €100m available. Minister for Agriculture Michael Creed intends to pay the €100m Brexit beef fund to farmers in the autumn. “The ambition is to see payments commence through the autumn period but that is all dependent on the terms and conditions set by the European Commission,” a spokesperson for Minister Creed said.

The Commission will finalise the conditions of its €50m share of the fund at the next meeting of EU agriculture ministers in early June. The Minister intends to engage with stakeholders, before the scheme details are finalised. By the end of May, no formal meetings about the €100m fund had taken place between the Department and farm organisations or factories.

There are a variety of options that could be considered and no doubt these will be thrashed out by the various farm organisations and interested bodies. If the €100m were to be paid on every animal slaughtered during the October 2018 to March 2019 reference period, it would equate to a payment of €111/head.

Sheep producers have endured a tough few weeks, with prices falling by upwards of €1/kg. This is a cut of over €20 on spring lambs. Quotes in the region of €5.50/kg were quoted towards the end of May.

The combined effect of March and April milk price cuts have wiped close to €11m off farmers’ milk cheques, as cows head for peak milk supply.

The West Cork co-ops dropped 1c/l for April across the board, while price cuts for their produce are never welcomed by farmers it must be recognised that the prices paid out by Carberys co-ops remain 2c- to -3c/l ahead of bigger co-ops. They are paying 30.7 c/l base price excluding VAT.

Nationally there has been an average milk price cut of 0.75 c/l across the big processors for March and April milk. This translates to a total cut of €11m off milk cheques for Irish dairy farmers. That’s a considerable amount of money not available to rural communities but such is the vagaries of the market place. Cuts across farm prices don’t just affect the primary producer. Local shops, merchants and service providers of all guises ultimately feel the pinch with less money coming into the local economy.

Price isn’t the only challenge faced by agriculture, as environmental regulations must be conformed with. The Department of Agriculture is conducting an interim voluntary review of the Ireland’s nitrates derogation. This is in place to improve water quality and in lay mans terms is a form of license, as to how much fertiliser a farmer can use. Given the make up of West Cork farms it’s a big deal for the area.

Approximately two-thirds of Carbery farmers hold a nitrates derogation, making its renewal in 2021 vital for the dairy processor.

Carbery sustainability advisor, Aoife Feeney, told an IFA meeting in Macroom during May that not only would the dairy industry be making a submission, but also Carbery would be making its own separate submission on why the derogation was vital for its suppliers. “We’re putting in our own submission on the derogation review,” Feeney said. Carbery accounts for roughly 25 per cent of Ireland’s cheddar output.

Water quality is becoming an increasing concern in regard to the Irish derogation and is constantly monitored by the Environmental Protection Agency.

It’s been a hectic few weeks of political promises too with European and Local elections. It will be interesting to see if there are any policy changes made or what promises will come to fruition in their aftermath.

In anticipation of peas

Tue Jun 4 , 2019
It’s a busy time in the garden, lots to sow, transplant and weed but not a vast selection to eat. There are plenty of green things – salad leaves, herbs, baby spinach, a few bolting leeks but for the rest we are waiting. This month’s recipe is in anticipation of […] 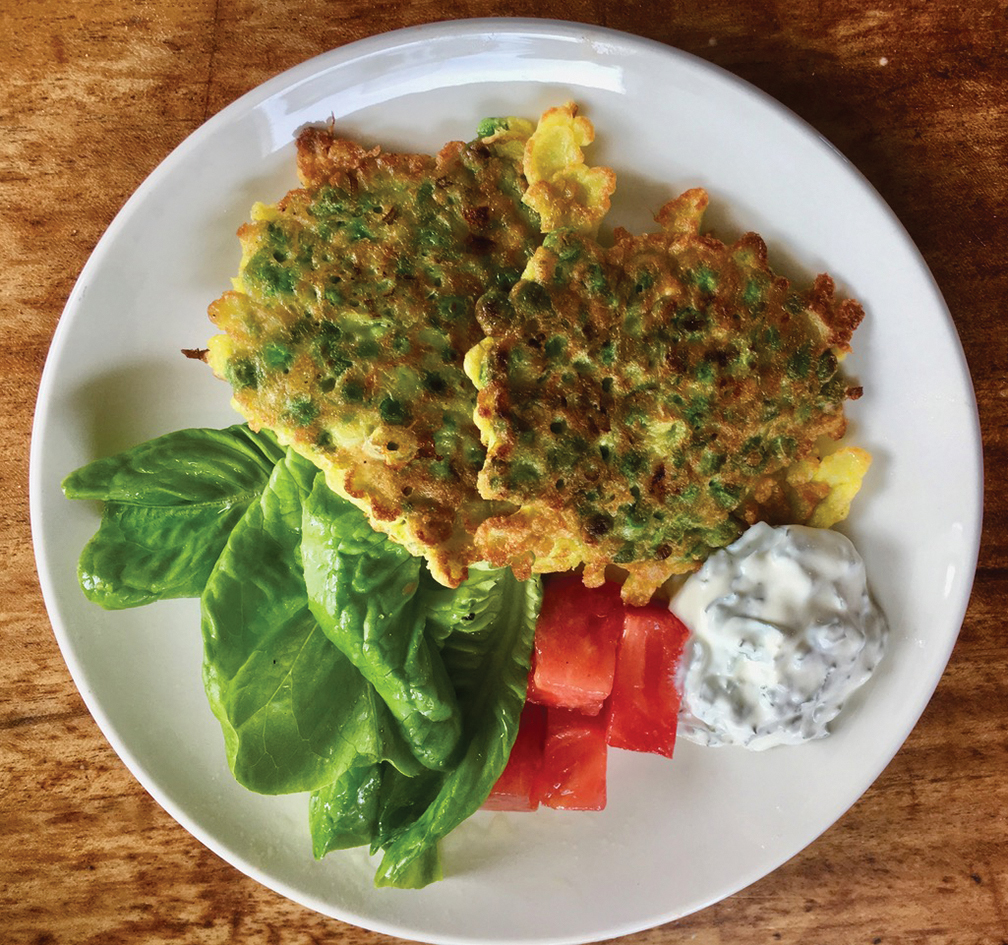