Well that was an unexpected few months. With a global pandemic, a version of martial law in parts of Western Europe for a while and a lift in Irish spirit sales, it was a bit like the early 1920s all over.

If you were told at Christmas that farm organisation meetings and marts would be online within six months you would have laughed it off. Covid-19 has forced change upon us and, as things open up, I believe a combination of the old and the new will continue.

Subject to broadband accessibility and speeds, working from home is now more possible than would have been considered before. Our world’s got smaller again and food has jumped up the priority ladder. The value of the local shop was seen again. In life pre-Covid, business decisions might have seen some of the agri co-ops looking at closing some of those outlets but, as when we were locked down with the snow in 2018 or what we experienced this spring, the local branch network of groceries and hardware came to the fore. Businesses were forced to adapt or stand down while socially WhatsApp and Zoom quizzes along with a good dose of nostalgia kept people connected and gave them something more lighthearted to talk about.

I think there’s going to be a new appreciation for the work teachers and those who volunteer to coach sport do after all this. Some parents will have discovered that maybe the teacher or the sports coach weren’t necessarily the problem they imagined.

I’ve noticed some other subtle behavioural changes too. Walking on the left hand side of the road seems to be the done thing now. I’m not sure if it’s confined to the Clonakilty and surrounds but it appears to be a legacy of when traffic was quieter on our roads.

While society operated at a different level for most of the spring, life on the farm continued as it always does, within the farm boundary at least.

Credit is due to the co-ops who adapted their plans in preparation for the worst that Covid-19 could bring. They kept disruption of services on farms to a minimum and that is to be commended.

Milk price fell a little but has either held or lifted in recent times for the local processors. Beef price had a rougher few weeks. The news of McDonald’s and other fast food outlets closing their doors had a dramatic affect on cow price and it collapsed for a spell in late March and early April. With Europe coming out of lockdown there has been a lift in those prices but towards the end of the first quarter of the year things were looking bleak. The concern now is what the impact on the higher value steak cuts will be if catering and restaurants are slow to come back.

It was my first spring in an awful long time where I didn’t have to go anywhere. When the lockdown was announced, calving had just started, so I wasn’t short of stuff to do.

With no meetings on or any other events, I was looking forward to relaxing weekends without the need for running and racing everywhere. Those notions didn’t last long. For four Fridays on the trot, I had to call the vet after 5pm for a range of different issues, some of which necessitated treatment at various hours throughout the weekend. It’s rare enough to get a clean break through calving without something out-of-the-ordinary happening.

The extended calving season finally drew to a close in early June. The length of the calving spread was longer than I’d like but as drawn out as it was, it was still completed in a shorter time than it took between the dissolution of the 32nd Dáil back in January and a new Government being formed.

It will be interesting to see how the programme for government plays out. Much of what is included from an agricultural view has been signalled with a while and a good proportion of it seems to be along the lines of the next CAP.

Maybe I’m an optimist but I see opportunity coming out of the new CAP, especially in the area of locally-led environmental schemes.

The talk of a biodiversity survey is interesting. With data playing a bigger part in how we farm, getting a baseline on what levels of flora and fauna are on farm would be a good start. The resulting percentages of farms given over to nature could surprise people.

With talk of an enhanced environmental scheme also in the mix there is an opportunity to create simple solutions to biodiversity loss. There’s a lot of wildlife cover on farms about the country, yet the EU policy to date has seen farmers penalised for having it. By putting a monetary value on what is a public good and paying farmers for this ground would offer a simple solution. I was going to say you’d kill two birds with the one stone but given the new emphasis on biodiversity, I suppose it’s better to leave the birds alone.

A different kind of farm finance

Mon Jul 6 , 2020
It’s always good to hear a good news story. And never more so than now. ‘Cultivate’ is a new brand in the field of farm finance. Operated by 26 credit unions across Ireland, it offers short to medium-term loan finance built specifically around the growing needs of Irish farmers.  Bantry […] 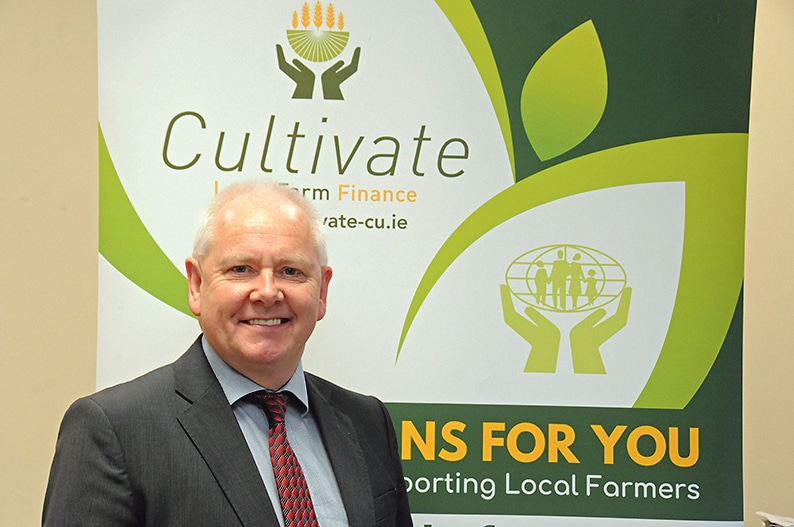