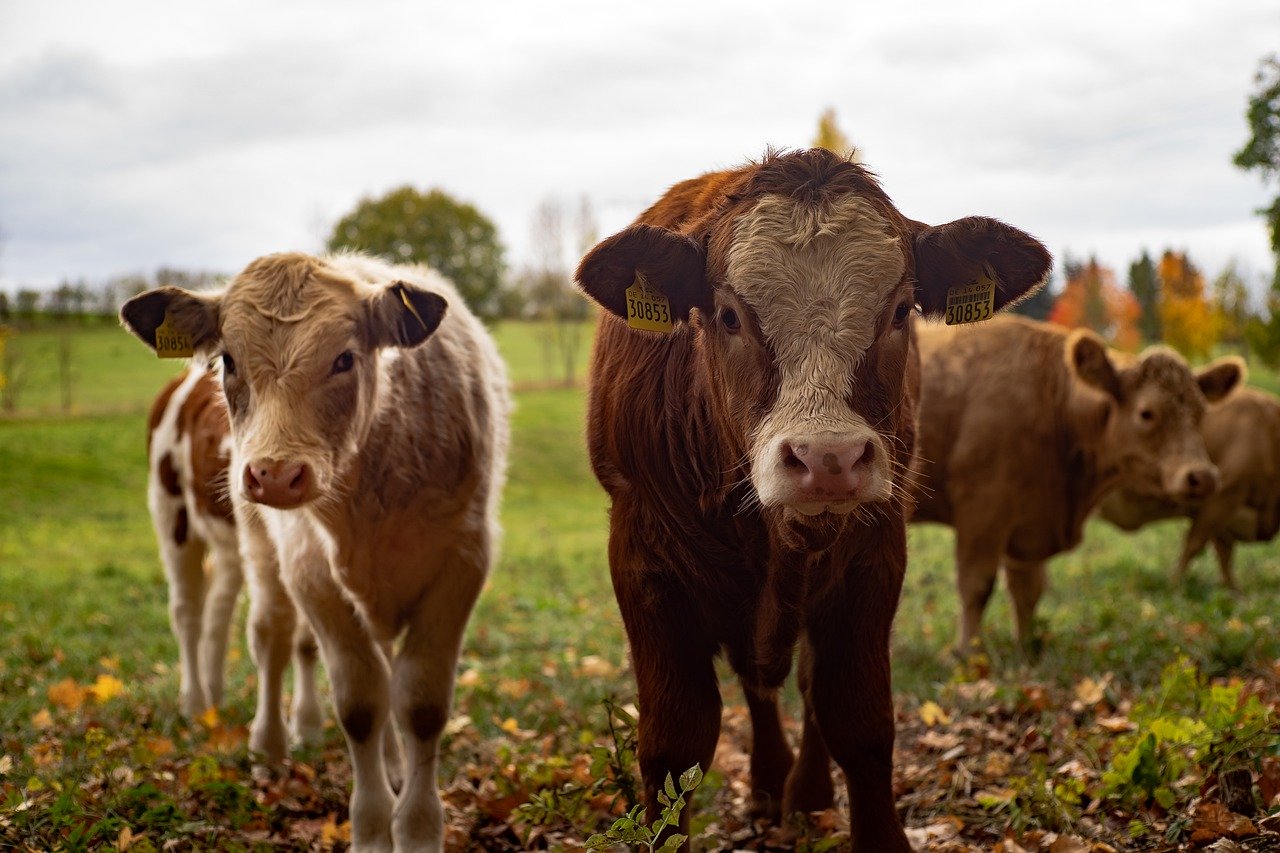 Despite damp farming weather conditions, grazing is moving back on the agenda and fences are getting a once-over; although you could say grazing never stopped this winter.

A group of younger cows was left out to take pressure off the shed and, while the plan was to house them before Christmas, they defied expectations.

The fact they are light and most of where they were grazing was solid ground helped. With some of them due at the very end of calving there’s a fair chance they won’t be under a roof at all.

If the weather improves a bit again, I hope to get some of the weanling heifers out. Numbers will be kept small for a start.

It’s been a silage-only diet for the majority of them this winter. The smaller ones have been getting a kilo but that’s only in the last fortnight since the last of the finishing heifers left.

It’s a big change from the time when they used to be on 2kg or 3kg daily.

In the lead-up to going to grass they will all get a small shake and will be trained to an on-off system for a few days. It’s a major labour-reducer in the long term.

There was an unexpected start to calving with an earlier-than-predicted arrival. I didn’t know anything about it until I heard that humming sound a cow makes when she has had a calf coming from the straw area. I was wondering why the cow in question never came into heat while doing AI.

Scanning revealed she was a good month ahead of any of the others. The cow in question had been babysitting a bull that was recovering from photosensitivity. While he was blind for a part of last winter, he was obviously well on the road to recovery by April.

There is the bones of a month before any others are due, so the in-calf heifers will be getting a fluke and worm dose and all cows will get a scour vaccine. After that, it’s a case of sit and wait for the next arrival.

With calving kicking off on farms all over the country, marts are gearing up for a busy spring. Locally, Cork marts have invested over €500,000 at their Bandon venue in new calf facilities that will enable better calf flow and offer more calf comfort.

I was interested to note that in excess of 1.5m calves have gone through Bandon Mart since it commenced the calf business.

Minister for Agriculture Michael Creed recently launched the new calf handling facilities at Bandon Mart. The minister commended the leadership and investment that Cork Marts showed with the facility, saying: “I’d like acknowledge the vote of confidence this is in the calf sector.” He added that welfare “is absolutely front and centre for ensuring the continued export of cattle and calves”.

“Everybody’s commitment to the highest welfare standards is critical to the continuation of this industry,” the minister said.

He added that when he was on a visit to the Netherlands in late 2019 he met buyers who complimented Irish calves for their quality and health. However he offered a cautionary tale, saying that on the same day they were visiting Dutch calf buyers, there was a vote in the Dutch parliament to ban live imports of cattle.

He also stated welfare is almost always raised at meetings of the council of ministers.

Mart manager Tom McCarthy said: “This is one of the busiest calf marts in the country. In 2019 we put through 31,500 calves in this shed alone. So it’s great that Cork Marts have the confidence to invest here. There’s massive expansion in the dairy herd and the four west Cork co-ops make up our main catchment area so hopefully we can build on that and provide a good service for West Cork farmers.

“Bandon has a great name and reputation over the years for the quality and number of calves and hopefully we have a facility there for the next generation as well.”

Calf and indeed cattle prices are moving ahead of the same time last year. Calves were trading in the region of €20 to €50/head ahead of 2019 sales while currently prices for older cattle in marts are ahead of factory prices.

The movement grew from a WhatsApp group and thrived on social media. For an organisation, that for a time in 2019 held so much sway, it now looks like their greatest challenge will be to try and stay together.

There are promises aplenty flying around in the lead-up to the general election. From a farming perspective, they include talk of rewarding farmers for one environmental management, capping CAP payments and the good old farming election mainstay, the suckler cow, gets a mention too.

My concern with broad environmental payments is, in the next economic downturn, they will be one of the first things to be got rid of or reduced, just as they were in the 2008 crash.

Currently, there are areas of farms, in some parts of the country, especially in the West Cork area, vast swathes of land that are deemed ineligible for payment, yet would have a good nature value.

With the new CAP having a focus on the environment, is it too simplistic a view to have an environmental payment on this?

It might be too obvious, but this is land that would offer an instant solution to easing the biodiversity crisis and would reward farmers who for years have been penalised for it. There could be the bonus of helping to retain communities in areas where dairy is not an option. Perhaps it’s something that should be considered.

A flavour of Mexico

Tue Feb 11 , 2020
This month we are eating our way around southeast Mexico. We flew into Cancun and travelled down the Caribbean coast of Quintana Roo towards Guatemala. It’s very beautiful, the water is crystal blue, but it comes with full-on tourism and touts so we decided to head away from the coast […] 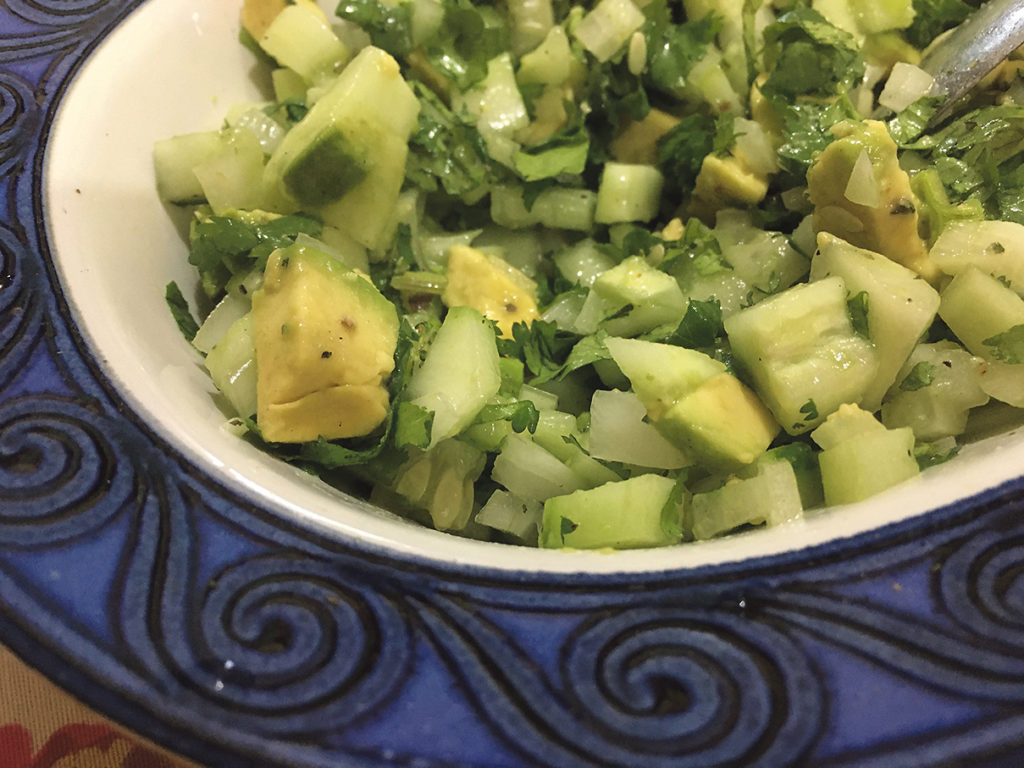