The Overall Winner of the Grassland Farmer of the Year 2020 is Caroline Walsh, Ballinascarthy, Co. Cork. The competition run by Teagasc, The Irish Farmers Journal, Grassland Agro, AIB and FBD Insurance is now in its fourth year and rewards the top grassland farmers in the country who are growing and utilising more grass on their farms. The awards are supported by the Department of Agriculture, Food and the Marine and has an overall prize fund of €30,000. Caroline was announced as winner during an online awards ceremony on Tuesday, January 19. She won the dairy award and the overall award for top performance in grassland management.

The judges noted her focus over the last few years has been on increasing the amount of grass grown on the farm and improving the quality of that grass. Her focus on profit has actually seen Caroline reduce cow numbers from a peak of 80 cows in 2018 to 64 cows for 2021

I was born and raised on a dairy farm in Ballinadee, which is being run by my father and brother now, and all I ever wanted to be was a dairy farmer. I started on my own in 2009 when I applied for new entrant quota and I leased a 28.5 acre farm next to home. I started milking there in 2010 with 40 cows and a second hand parlour.

My husband, Joe, runs a contracting business with his brother Paudie and their father Patrick. They were milking here up to about 10 years ago but, as the contracting got busier, they found it hard to keep on the dairy herd. In 2014 we made the decision to move to Joe’s home farm and began milking there in 2015. It was a bigger farm than what I was renting, so we moved the cows there. There was an old parlour on the farm but we built a larger building and installed a second hand 16 unit parlour and bulk tank.

I’ve pulled the cow numbers back a bit since 2018 when there was 80 cows milked here. I hope to milk about 64 cows here this year. Milking should take less than 45 minutes each then.

Winning Grassland Farmer of the Year 2020

It was a great achievement. I suppose with Covid,  it was a bit different because it was announced on zoom. I thought it was a practice run we were doing on zoom that morning in case there were any technical issues that afternoon. Once he made the announcment, I was like ‘ok we’ve done the practice run’, so when he said ‘Congratulations Caroline’, I couldn’t believe it.

Everything is up the walls at the moment. Calving usually starts around January 14. We start earlier to try and have the bulk of the calving out of the way before Joe and the machinery men get busy at the contracting. The busy period for them is from early March to mid-October. The first job is sowing maize. Grass silage is harvested all summer and the maize is harvested in the autumn.

Balancing the farm and home schooling

The five children are home from school so every evening there are a lot of people and animals wanting feeding. With home-schooling you don’t have that two or three hours catch-up time in the morning – registering calves, bedding the cows and feeding calves – that you’d have when they’re in school. Those three or so hours that were vital around the yard in the spring are completely and utterly lost. But it is also important that home-schooling is done or they’ll fall behind. We try to get school done in the morning between 9.30am and 12:30pm if we can and then all the time after dinner is free to get back to the grindstone.

Rhyme and Rhythm in Painting: Reflections on Dawn by Odd Nerdrum

Tue Feb 9 , 2021
James Waller is an Australian born artist and poet based in West Cork. Through this column James explores the world of art, introducing the reader to major works of art and artists and reflecting on what makes them so engaging. At the beginning of the French classic, The Little Prince, […] 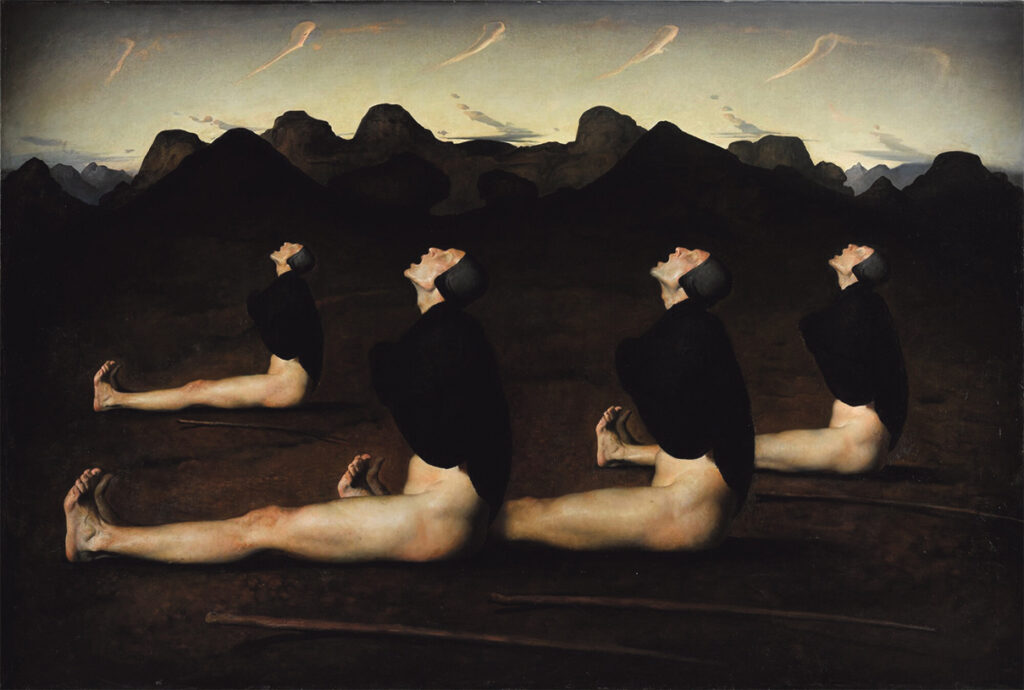