Ronald: We’re Lisavaird co-op milk suppliers with the milk going to Carbery. My father used to supply winter milk to Carbery on a Baileys Crème Liqueur contract in the late 70s and 80s and then when that finished we were supplying Milltown farm for a while. Around 20 years ago we were lucky enough to get a new winter milk contract with Carbery. Milking during the winter, you need a quality feed, so on the crop side we grow 14 acres of maize and the same in winter barley and there’s another five acres in fodder beet. Sowing and harvesting of Maize and beet is done by contractor and we do the rest ourselves. There is for and against winter milk, it’s great to spread out the workload of calving, however you do have additional costs, and you have to be set up for it facilities wise.

Brian:I’m the fourth generation here and we’re farming about 170 acres in all.  We’re milking 120 cows on the 80-acre home block, with the rest on outside blocks. There’s probably not much cost-saving in growing your own crops but you know exactly what you have at the end of the day. We have an even split in the calving with 50 per cent calving in spring from early February to April and the autumn calving cows start in the middle of September and finish in November. They are bred for eight or nine weeks and we’d be big advocates of sexed semen.

Tell us about the use of sexed semen on the farm?

Brian: We’ve used 100 per cent sexed semen for the last three years. It’s not suitable for every animal. You have to look at the herd as a blank canvas, you can’t have favourites. We pick out all the heifers and then any cow that went in calf to the first AI straw the year before. Any cow on that list good enough for breeding replacements off, gets one sexed Holstein straw and any animal we don’t like or took more than one straw to go in calf the year before, automatically gets Angus. Repeats never get a sexed straw, and a Hereford bull cleans up after.

The main benefit is there are less Friesian bulls and more quality Angus calves. Also you have all your replacement heifers within the first three weeks of calving, so they are in one even group.

What’s happening on the farm at the moment?

Ronald: “We’re coming to the last few weeks of autumn calving, there’s 50 calved and 20 left. The cows are out by day on grass and in by night. We hope to keep them out by day up until December, weather permitting. The grass is an important part of their diet. We cut the maize recently and we’ve half the winter Barley planted. We sow that on ground that had maize on it. We’ll be housing this year’s calves soon, as weather is deteriorating. My brother Karl takes the surplus beef calves and he supplies Dan Moloney, a butcher in Bandon so most of that beef stays in West Cork.”

There is a lot of changes coming at farming over the next few years…How are you preparing to adapt?

Ronald:We have to embrace all the changes that are coming down the line. We try to grass measure weekly; and we soil sample the farm every four years and that helps us be more efficient with fertiliser and slurry. We now spread slurry with a trailing shoe and use protected urea fertiliser. We’ve also planted red clover for silage that should help the amount of protein we grow on the farm instead of buying it in and we’ve a lot of white clover in the new grass reseeds. Slurry was spread on about 90 per cent of the ground in January and we didn’t need to use bagged fertiliser until after St Patrick’s day. Being a part of the Carbery Monitor farms programme is great on this front, as it’s all about making improvements on your farm for the benefit of the environment. We have a wind turbine here with nine years; we got no grant aid but we are able to sell surplus units back to grid. I’d like to see more emphasis put into Anaerobic Digesters; I think there’s an opportunity there. The government needs to pull up its socks regarding renewable energy, it also makes no sense to add a carbon tax to green diesel currently, when we have no other alternative to use.

We’re in the third year of selective dry cow therapy. Before that we were using antibiotics on each cow at the end of their 305-day lactation. We’ve always milk recorded but now we only treat a cow at drying off if their cell count of the milk is too high (above 100,000) and she needs an antibiotic. We’re making huge progress on this, with under 20 per cent of cows now getting antibiotics at drying off.

Brian: I also work part time off farm with a company called CowManager. It’s a fertility and health monitoring system, which uses a tag in the cow’s ear to monitor her behaviour and temperature. It then sends heat and sick alerts to your phone if a cow is in heat, or if she’s off form. It flags cows with developing issues, which means we can treat the cow before she fully develops a problem. Catching the illness early means we can treat a cow without antibiotics first, and see if her behaviour is improving on the app, and then only use antibiotics when we really need to.

You’ve been nominated by Lisavaird co-op as one of their finalists in the Carbery Milk Quality awards. How important do you value milk quality?

Brian:Everybody has something that gets them up in the morning. I think milk quality is what gets Dad out of bed in the morning. It’s like this, there’s no point in spending time growing all the ingredients to put in a cake, making the cake, putting the cake in the oven and then taking it out of the oven too soon. The parlour is where the end product is coming from, and you have to be willing to put the time in there and do things right. We don’t do anything fancy, we like to keep the system as simple as possible, as that way there are less chances for error. I always remember when I was young I had this fascination with machinery but dad told me one day, “You do realise the cow is paying for the machinery.” From that day on, I began to look at things differently. The cows are priority, the machinery is just there to service the cow’s needs.

Clonakilty spreads its wings with plan to establish wildlife reserve

Tue Nov 2 , 2021
A high-quality biodiversity reserve, sensitively managed for the benefit of wildlife, could be established at Clogheen Marsh, near Clonakilty. Clogheen Marsh and Clonakilty Biodiversity Group, who is exploring the potential for the reserve, has welcomed the decision by The National Parks and Wildlife Service (NPWS) to undertake a year-long biodiversity […] 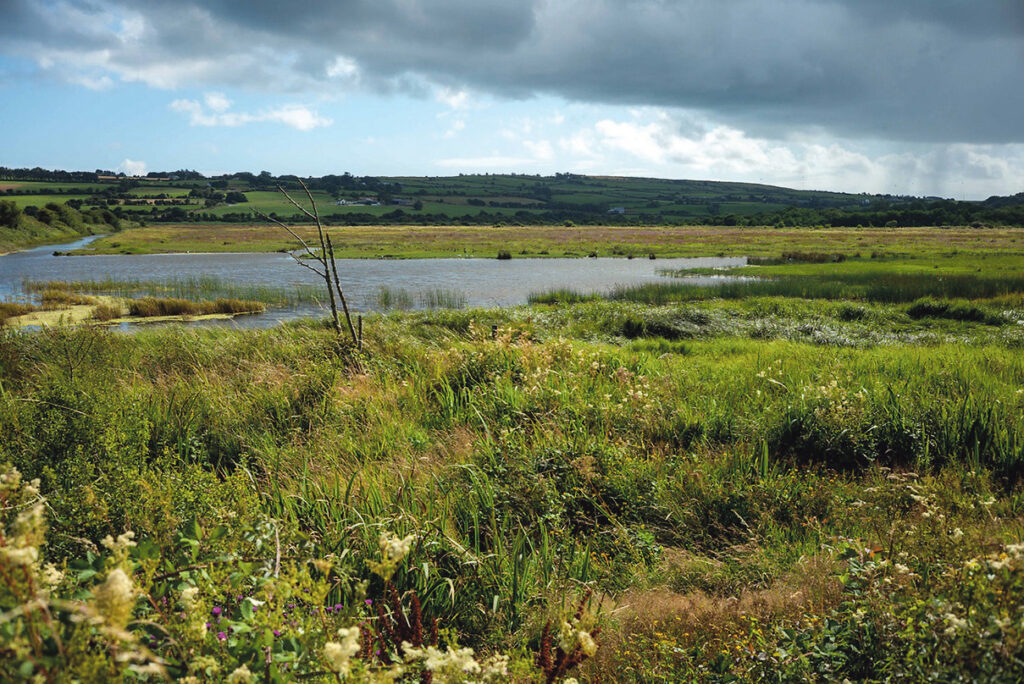