As 2021 starts in pandemic-induced lockdown we could all be forgiven for being dismayed about progress in environmental and climate change issues.

In the first seven months of 2020, more than 13,000sq km (5,019sq miles) of the Brazilian Amazon was burned; we saw wildfires raging through Australia and the West Coast of the USA; we saw hurricanes battering the Philippines, Central America and the Gulf of Mexico; swarms of locusts invading the Horn of Africa, and Ireland ranking worst in EU for performance on climate action.

The EPA’s State of The Environment Report, which provides an assessment of the overall quality of Ireland’s environment, the pressures being placed on it and the societal responses to current and emerging environmental issues, makes depressing reading, but also provides a mass of information.  It can be found at epa.ie.

This EPA reporting is vital. If we don’t measure, how will we make progress; there is also good news for the Environment as we enter 2021.

They recommend that policy on Climate Change should be worded as “The State shall both pursue and achieve climate neutrality by 2050 at the latest”.

This is much clearer and gives rise to the possibility of holding government at both National and Regional level accountable for decisions that will hinder the transition to climate neutrality, climate resilience and an environmentally sustainable economy while protecting biodiversity.

The committee recommends that the government policy should specifically name Sustainable Development Goals, the National Biodiversity Strategy, nature-based solutions and public health; and must take these into account such that Ministers in each Department are required to ensure five year carbon budgets are met, with a legal obligation to course-correct and compensate when targets are not met.

It is reported that Ireland will now report greenhouse gas emissions and removals from managed wetlands (including bogs) as part of progress towards EU greenhouse gas targets.

These recommendations have come about because the community group, Climate Change Ireland and Friends of The Irish Environment were successful, winning their case against the Government. In June 2020, the Supreme Court required the Government to revise its national climate policy in light of its legal obligations and stating that the Bill must go significantly further if it is to create legislation that fully aligns with science and climate justice.

The public have been consulted, with Climate Case Ireland having organised zoom conferences for members of the public to speak to their public representatives about the changes they feel are necessary and having sent in their list of recommendations for discussion by the committee.

All across Ireland changes are made by the grass roots. Regular people work away voluntarily to make things happen.

In West Cork, Save Our Skibbereen have been distributing funds that were returned to them via the courts, after their successful challenge of planning for a polymer compounding factory. Among the community groups who successfully applied for grants between €500 and €5000 were

• ‘Bantry Bay: Save our Native Kelp Forests’ who are still battling to prevent the destruction of vital Kelp Ecosystems by mechanical harvesting;

• ‘Green Skibbereen CLG’ who are developing proposals in consultation with the Missionaries of the Sacred Heart (MSH) for the development of a Climate Action Centre based at Myross Wood House and grounds at Leap. This Centre of Excellence for Climate Action and Sustainability at Myross House will be developed with inputs from the local community and other stakeholders.

• ‘West Cork Oceans Plastic Project’ which researches the plastic waste littering the Atlantic and Irish seacoasts of Ireland. Primarily starting in West Cork and working together with the Transition/fourth year Secondary School Students, they now have four schools involved in the project and are collecting all kinds of data from micro plastics and larger more upcycled plastic and water samples. They are building up a knowledge base of the worst affected areas. The aims of the project include teaching marine knowledge and building up a picture of the scale of the plastic waste in our seas.

These are just a few of the amazing projects that are being started and carried out by the people of West Cork.

Indeed we DO need policy changes at government level. We also need a groundswell of change to both direct and support that policy change.

These small scale projects, once successful, can be replicated and scaled creating greater change, creating a new norm.

Because time is of the essence the biggest need in 2021 is for people not to give up and for more people to get involved in grass roots projects and programmes.

Major change always follows when enough people make their voices heard and one of the best ways of getting your voice heard is by supporting local campaigns and projects. If we the people start to live differently and to reject unsustainable living, at the same time as letting our public representatives know where our concerns lie, then we have far more chance of creating a new story, a new future.

Will 2021 be better for the Environment?

That is very much up to the people. Up to you and up to me. What will we do to ensure that change happens and happens rapidly?

What will you commit to making happen in 2021?

Oceans Plastic Project celebrates funding from Save Our Skibbereen

Thu Jan 21 , 2021
Along with 12 other community groups based in and around Skibbereen, the Oceans Plastic Project was successful in securing funding from the Save Our Skibbereen SOS 2020 Fund.   This fund was available due the success of the Save our Skibbereen campaign in overturning planning permission for RTP Company’s Plastic […] 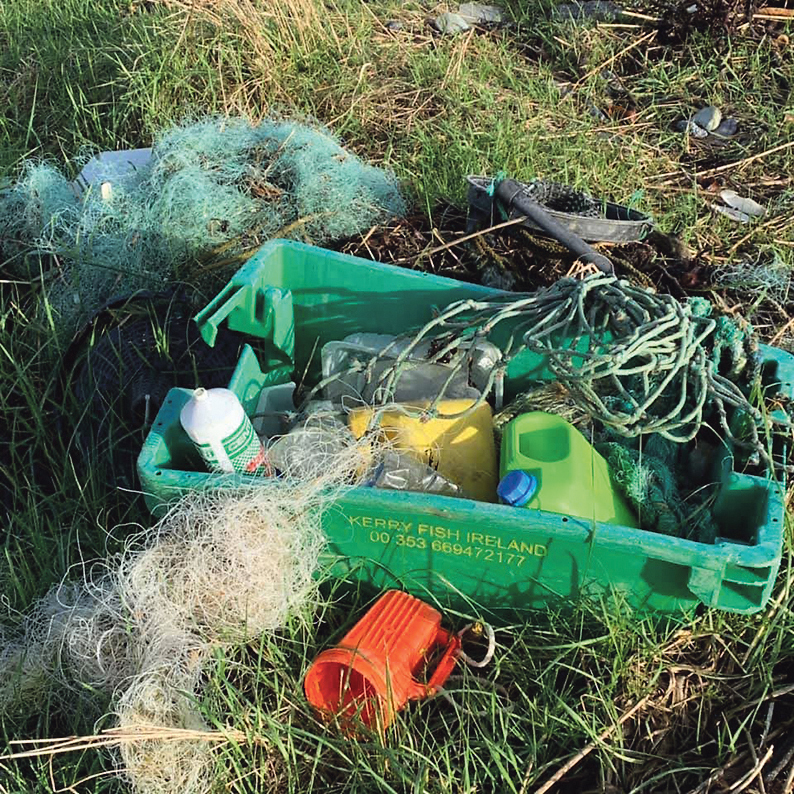