Just 11 years ago, March 2010, during an Interview with the Guardian Newspaper, the scientist James Lovelock stated “I don’t think we’re yet evolved to the point where we’re clever enough to handle as complex a situation as climate change. The inertia of humans is so huge that you can’t really do anything meaningful.”

In 1957 Lovelock had invented the Electron Capture Detector, which proved important in detection of CFCs in the atmosphere, as it is used in gas chromatography to detect trace amounts of chemical compounds. This electron capture detector was also used to pick up minute traces of pollutants in the atmosphere, such as the pesticides that spurred Rachel Carson to write the 1962 book Silent Spring.

In the 1960s, whilst Lovelock was working for NASA, looking at methods of detecting life on Mars, he began to consider whether life could be detected on a planet simply by examining that planet’s atmosphere. He realised that the atmosphere would be pushed out of equilibrium by gases produced by living processes, such as methane and oxygen. Lovelock realised that chemical equilibrium is tantamount to death and any sort of chemical disequilibrium could be regarded as a tell-tale signal of life. For him this explained why the Earth’s atmosphere contains high levels of nitrogen and oxygen and he developed the Gaia Theory, named after the Greek Earth Goddess and hypothesising that life on Earth is a self-regulating community of organisms interacting with each other and their surroundings.

At noon on June 18, 2015, five years after Lovelock told the Guardian Newspaper that Humans aren’t evolved enough to handle climate change, the Vatican released the document ‘Laudato si’ (Praise Be to You); the second encyclical of Pope Francis. The encyclical has the subtitle ‘on care for our common home’. In it, the Pope critiques consumerism and irresponsible development and laments environmental degradation and global warming. He urges people to overcome the inertia that five years earlier Lovelock had noted, calling for all people of the world to take “swift and unified global action”.

In November 2019, whilst addressing the International Association of Penal Law at the Vatican, Pope Francis proposed that “sins against ecology” be added to the teachings of the Catholic Church and said that “ecocide” should be a fifth category of crimes against peace at the international level.

The Pope used the late Polly Higgins definition of ecocide as submitted to the UN Law Commission in 2010; saying that  “By ‘ecocide’ we should understand the loss, damage and destruction of ecosystems of a given territory, so that its enjoyment by the inhabitants has been or may be severely affected. This is a fifth category of crimes against peace, which should be recognised as such by the international community.”

On January 20, 2021 in an amendment to its report on Human Rights and Democracy in the World, the European Parliament stated that biodiversity and human rights are interlinked and interdependent, and that it is the obligation of states to protect the biodiversity on which those rights depend, including by providing for the participation of citizens in biodiversity-related decisions and providing access to effective remedies in cases of biodiversity loss and degradation. It went on to express support for efforts at international level in relation to environmental crimes and in this regard, encourage the EU and the Member States to promote the recognition of ecocide as an international crime under the Rome Statute of the International Criminal Court (ICC).

Recently Jean Asselborn, Luxembourg’s Minister of Foreign and European Affairs and Carole Dieschbourg Minister for the Environment, Climate and Sustainable Development made clear that Luxembourg would be “ready to support the recognition of ecocide in European and international law when the time comes.”

The ministers stated that they are aware of the fact that, since 2019, initiatives proposing a crime of ecocide have multiplied and that Belgium raised the issue directly at the International Criminal Court last December.

They promised that their government would continue to follow developments in neighbouring countries noting that France, Belgium and Spain have all resolved to ‘examine the possibilities’ for such legislation.

Perhaps Lovelock is right. Despite warnings from both science and the church and actions urging us all to change the legal system to protect our home, we seem as a species, to have little drive to overcome the inertia and put protections such as the ‘Law of Ecocide’ in place.

We have apparently handed our power over to a bureaucratic system that upholds the inertia and does not recognise or allow for “all people of the world to take ‘swift and unified global action’”.

The American architect and systems theorist, Buckminster Fuller, stated  “You never change things by fighting the existing reality. To change something, build a new model that makes the existing model obsolete.”

Our existing models of politics and government, manufacturing, commerce, agriculture, education, community, justice and economics are all failing to “take ‘swift and unified global action’” to care for our common home.

We, as a species, are however incredibly smart and inventive and it is our use of language that leads to our action. It is time to build new models that make the existing models obsolete. However human behaviour is such that we only take action when something is bothering us, so long as everything seems fine we happily go along with business as usual.

It is time to become inventive, and to do that, we have to become anxious about the future.

We have to use language that urges all of us ‘not’ to accept the current slow pace of change but envisages rapid change; and pushes political decision makers towards that rapid change.

If politicians in government, instead of resolving to ‘examine the possibilities’ for such legislation as making ‘ecocide’ a crime, instead voted to MAKE ecocide a crime and did so rapidly, then suddenly for the decision makers at the top of organisations that create ecocides, business as usual will no longer be fine. Suddenly they will have to take action; existing business models will threaten them with criminal proceedings and they will rapidly invent new and better business models.

The power is with the people.

We the people can start by signing the ‘Ireland Against Ecocide’ petition found at www.Change.org  to tell the Irish Government to join with other EU Countries in recognition of Ecocide as an international crime.

To know or not to know – food matters

Tue Mar 9 , 2021
Moze Jacobs and Alice Glendinning remind us this month that Doughnut Economics is a work-in-progress. Conceived as the brainchild of UK economist Kate Raworth, it is very much at an experimental stage. It is working to find an economic way forward that helps communities thrive, minimises waste, and goes some […] 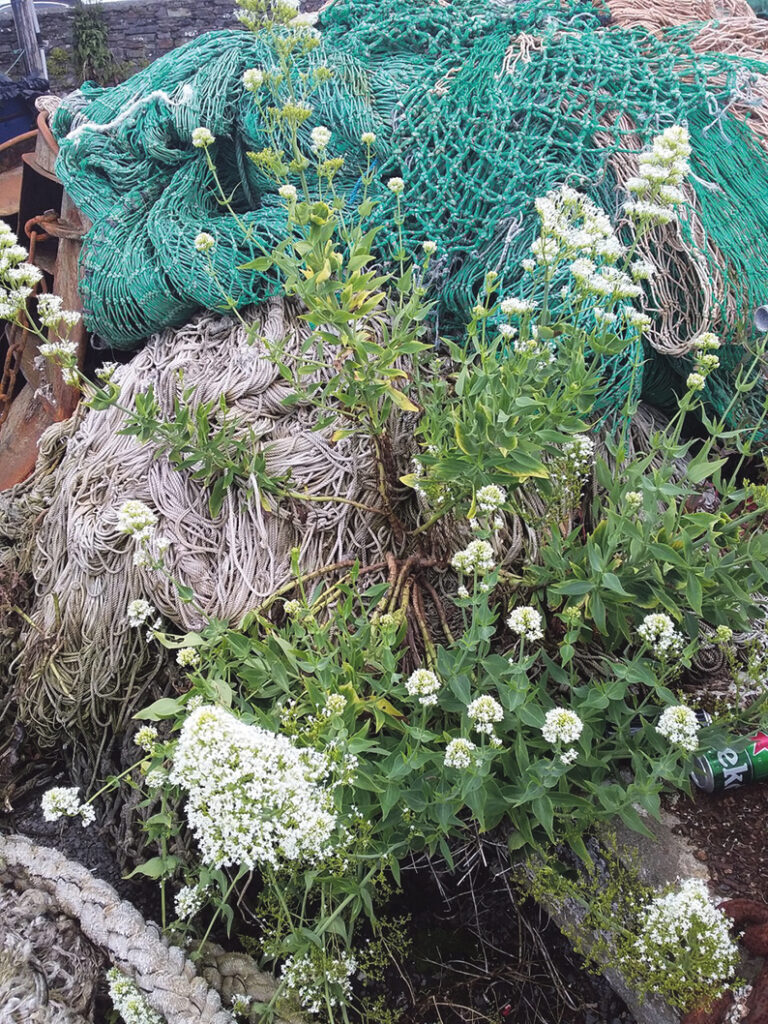