‘New Year’s Eve 2021 – provisionally the warmest on record’ claimed the UK Guardian newspaper. Whilst MET Éireann didn’t agree; or at least not for Ireland, nevertheless it reported that, during 2021 at least ten weather stations across Ireland reached heatwave conditions where temperatures of at least 25 degrees Celsius were recorded for five days or more in a row. Ireland had its first ‘Tropical Night’ in 20 years at Valentia Observatory in Kerry, where temperatures overnight didn’t fall below 20 degrees Celsius. Autumn 2021 was the warmest on record for Ireland and 2021 was the eleventh consecutive year with temperatures above average.

Met Éireann reports that we are on track for another warm year, with temperatures around 0.9 degrees Celsius above average.

Keith Lambkin, Senior Climatologist at Met Éireann said: “These temperature trends we are seeing in Ireland are in line with the average temperature rise we are seeing around the world due to human-caused climate change. While future temperature projections vary depending on many factors, ‘all’ future projections suggest further warming. This warming, as well as associated defensive actions, is likely to affect everyone in some shape or form.”

Whilst we look at what we can do to mitigate against and adapt to climate change, we truly need to both look locally and lift our heads to look globally. The consequences of climate change are wide-ranging, including desertification of the interiors of large continents and reduction of land around coastal areas creating large-scale migration of displaced people; disruption of supply chains, transport, security, pensions and insurance funds and likely changes in international and national laws.

Thirteen years ago the UN was reporting that Syrian farming families were migrating into the cities. The Syrian Ministry for Agriculture and Agrarian Reform’s estimated in July 2009 that 60,000 families had migrated, mainly to Damascus, Aleppo and Homs. This massive migration was caused by desertification due to climate change; and because the cities could not handle this in-pouring of people, overcrowding of housing, unemployment and social unrest followed.

By 2013 Youth unemployment in Syria was at 48 per cent and there was a 49 per cent drop out from education, all of which contributed greatly to an escalation of conflict and millions of people fleeing their homes.

Desertification, as happened in Syria, is happening across much of the Arab World as a result of climate change and destruction of ecosystems. The result is having a profound effect on migration forcing hundreds of thousands to move from their homes.

A 2015 study by the UN’s Convention to Combat Desertification (UNCCD) predicted that the process of desertification may drive an estimated 50 million people from their homes by 2025. According to the UN Refugee Agency (UNHCR) 82.4 million people around the world have been forced to flee their homes in the past decade, more than doubling the global refugee population.

During 2021 more than 4,400 migrants, including at least 205 children, were lost at sea trying to reach Spain, more than double the figure from the previous year. According to Spanish official statistics, 39,000 undocumented migrants successfully reached Spain by sea or land last year, a similar figure to the previous year.

A ship’s captain who handed 101 migrants over to the Libyan coastguard after rescuing them in the Mediterranean Sea has been given a one-year jail term, in the first such case heard by Italy’s courts. Giuseppe Sotgiu was found guilty of violating international laws that forbid the forced return of people to countries where they are at risk.

In the meantime, we are being encouraged to recycle, to use our cars less and buy electric cars, not to travel by aeroplane, to reduce waste, to switch energy supplier and turn the lights off more; to buy mushroom-based packaging, banana-based sanitary towels and other products labelled ‘sustainable’.

The Netflix movie ‘Don’t Look Up’, a comedy disaster movie using facts based on the Chicxulub asteroid that hit Earth 66 million years ago resulting in 75 per cent of all life on the planet dying, has created much discussion on social media. The movie focuses on the lack of urgency being shown by world leaders and the lack of real information communicated truthfully, as humanity rushed towards impending disaster. In the movie, the main motivation for decision making is the possibility of creating financial wealth for a few already wealthy individuals and much media communication supported that end.

Our real life situation somewhat echoes this; with a complete lack of creativity and reality being injected into an economic system that is driving humanity towards a cliff edge; and often those who take drastic measures in an attempt to get people to look seriously at radical solutions being ridiculed or seen as an obstruction to everyday living.

NASA’s global climate change website states, “While the effects of human activities on Earth’s climate to date are irreversible in the timescale of humans alive today, every little bit of avoided future temperature increases, results in less warming that would otherwise persist for essentially forever. The benefits of reduced greenhouse gas emissions occur on the same timescale as the political decisions that lead to those reductions.”

NASA goes on to state that without major action to reduce emissions, global temperature is on track to rise by 2.5  degrees Celsius to 4.5  degrees Celsius by 2100. A child born on New Year’s Day 2022 will be just 78-years-old, possibly a grandparent; if they survive the disruption to weather patterns, a sea level rise of eight feet and the inevitable global conflict.

Naturally, most people in the world are focused on short term survival. On finding work, paying the rent or mortgage, buying or growing food, avoiding illness and educating their children.

To spend time checking facts and fully educating ourselves by picking out truth from what the media tells us, or discerning which politicians or international leaders are in the pay of people with vested interests and which truly have humanity’s interests at heart seems for many an impossible ask. Instead we make up our minds who we would like to believe and then live in a media and social media bubble that reinforces that belief.

It is easy then, to become totally focused on recycling or getting rid of conventional plastic as the complete answer, or to believe we can do nothing to affect change and to give up; to entirely blame refugees for migration and ignore that if we had to swap places with them we would have the same dangerous choices to make; risk our lives by staying or risk our lives trying to reach somewhere we hope will be better.

Despite the dire predictions, NASA scientists report that it may not be too late to avoid or limit some of the worst effects of climate change and that responding to climate change requires a two-tier approach; reducing the flow of greenhouse gases into the atmosphere and learning to live with, and adapt to, the climate change that has already been set in motion.

To achieve this two-tier approach requires everyday people to think global whilst acting local. It requires that we look up. That we take the time to educate ourselves and to think and feel and behave as if humanity is one, as we make purchases, as we choose actions, as we vote for our politicians and councillors and as we live our daily lives.

The ramifications of the daily choices we make are huge; AND we must choose our leaders wisely and make sure they know what we expect of them and will deliver on policies that they promise regarding climate change and the environment.

‘Think Global; Act Local’ is a motto with profound implications.

Gold at the The Lost Valley Dairy

Tue Jan 18 , 2022
Another January and another opportunity for resolutions. Recently I listened to a podcast interview with Patrick Holden of The Sustainable Food Trust talking to Andy Cato, an inspiring regenerative farmer. The subject was climate change and how our food choices could help in redressing the situation. It was suggested that […] 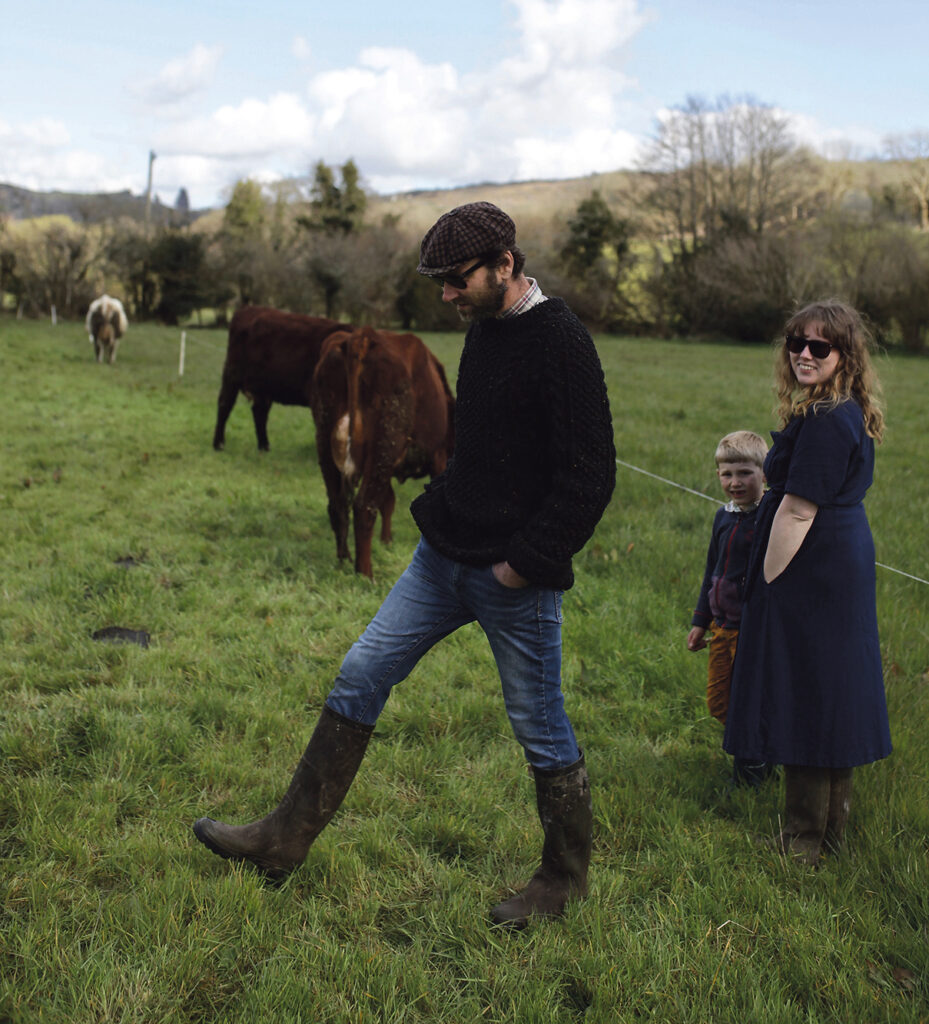