Our current 1.1 degree Celsius warmer world is already affecting natural and human systems in Europe and across the world; yet now climate scientists are predicting that we will hit 1.5 degrees Celsius, even if that high level is not sustained, by 2026.

The 1.5 degree Celsius figure is the point at which climate impacts will become increasingly harmful for people across the entire planet,” said Prof Petteri Taalas, head of the World Meteorological Organisation, which published the new report.

The modern multi-storey office blocks in India, built from concrete and cement, with flat roofs and an abundance of glass absorb and trap the heat, making increased spend on artificial air-conditioning vital. The air-conditioning continuously belches out exhaust greenhouse gases into the streets, further heating and contaminating the urban environment and adding to climate change. A vicious cycle.

Architects and engineers around the world are having to rethink; to redesign buildings and other structures, to be robust and sustainable to the effects of climate change locally.  Building materials and design standards are being changed in order to withstand the weather and climate related changes in terms of temperature extremes, rainfall and flooding, snow and ice-melt, ground water changes, and wind speeds that are expected in any particular region.

Its transport plan is focused on the expansion of rail and bus services and cycling and walking infrastructure and an increase in the use of biofuels and electric vehicles.

Land use plans are all about forestry and marine.

All of these initiatives, in theory, and if brought together strategically and cooperatively, should be able to innovatively create inroads into Climate Mitigation and Adaptation, bringing us closer to our agreed target of a 51 per cent reduction in overall greenhouse gas emissions by 2030, setting us on a path to reach net-zero emissions by no later than 2050, as we committed to in the Climate Act 2021.

However the planning system in Ireland now has five centres of management and oversight; local councils, An Bord Pleanala, the courts via judicial review, the Office of the Planning Regulator (OPR) and the Minister. Each appears to work independently and with competing priorities, creating a massive bottleneck of litigation and counter litigation blocking any real progress.

Serious joined-up thinking is needed. Indeed the role of the OPR is to create this joined up thinking and to “ensure that local authorities and An Bord Pleanála support and implement Government planning policy.”

This department evaluates city and county development plans, local area plans and amendments to these plans providing the relevant local authority with observations and/or recommendations regarding sustainable development of the area.

This will only work of course, if the relevant local authority are willing to work WITH the Regulator to improve the overall planning which, by definition of sustainable development, must take into account Climate Action agreed in the Climate Act 2021.

I was in the Council Chambers of Cork County Council in January 2020, when a group of activists and a few councillors, objected to plans put forward in November 2019 for Rioja Estates, a British-based company, to develop a retail outlet in Carrigtwohill. Rioja Estates claimed the development would create 850 jobs and attract around 220,000 shoppers annually. Despite environmental objections from some councillors, regarding increased emissions from 220,000 car journeys; and despite Cork Business Association and Cork City Retailers objecting that this development would seriously damage city centre and satellite town centres retail businesses, the council voted to make a variation to the development plan of 2014 and moved to rezone the land to accommodate Rioja Estates, against the recommendations of the OPR.

Cork Business Association agreed with the OPR that the variation should not be made prior to the preparation jointly, by both local authorities of an updated retail strategy for the next 10 years, which was due in early 2021.

The council vote to rezone the land ahead of the updated retail strategy led the OPR and the Minister using their powers of direction to compel the local authority to withdraw the decision; with the result that Cork County Council took the OPR to the High Court and won their case. The whole case now goes to the Court of Appeal.

Whilst planning decisions are mired in bureaucracy and litigation, becoming an expensive and slow moving political football, Climate Change doesn’t wait, rather it speeds ahead.

To even have a chance in this, the most important race that any of us will ever take part in, we need ALL our public representatives to lift their heads beyond the next election and to honestly put the future of our planet front and centre in ALL their decision making.

Planning decisions and policies, like those made 40 years ago in India, to create buildings more suited to a temperate climate like that in the western world, have years of impact; but we don’t have years to play with.

Seventy-four years adrift on targets, we must get our act together; and to do that we MUST Stop; Look up.

Every one of us is accountable. We must work strategically and collaboratively across all levels of all disciplines with the purpose of sustaining a world in which our children and grandchildren can stay alive.

Life in the soil

Tue Jun 7 , 2022
Over the last winter I have been working with a group of like-minded people, doing an online course in Sustainable Community Development. It has been a very interesting experience and I have learnt a lot. The added benefit has been getting to know other members of my community and working […] 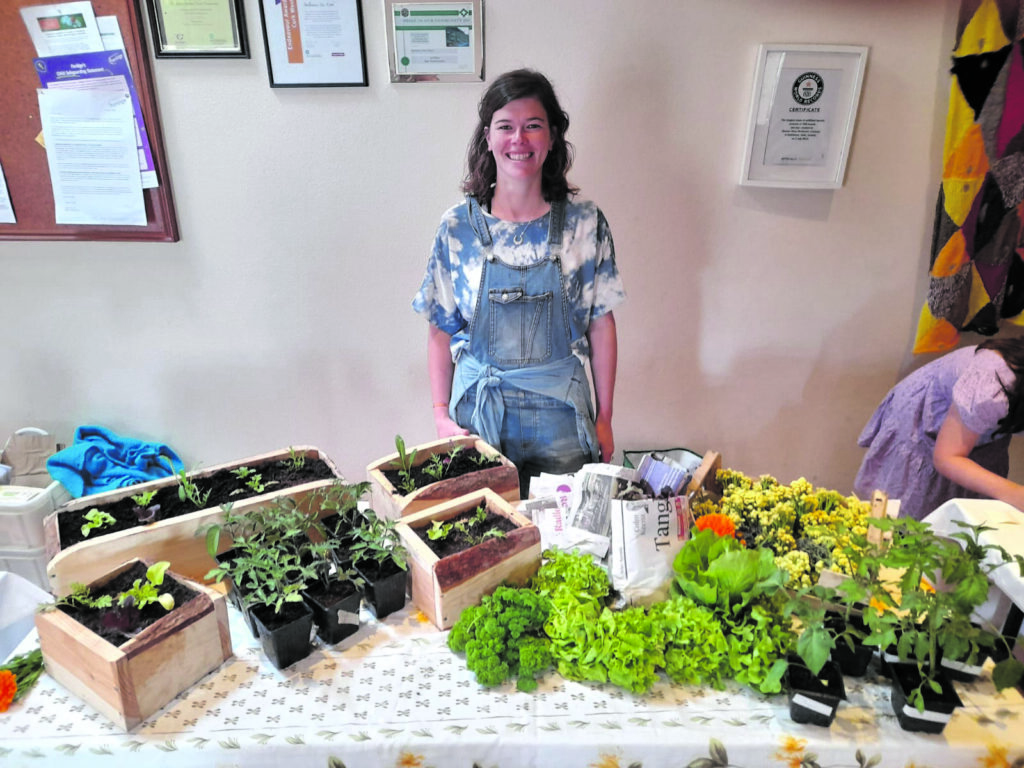