Where do I start on the goings on of the last month? Rain, storms, golf, Covid clusters in meat plants, rotating agriculture ministers: There was a time when the media used to refer to late summer as the silly season with worthwhile news hard to find. 2020 feels like it’s trying to squeeze a decade into a year.

I don’t need to remind readers of the two-week washout in the second half of August. In a period of 12 days, we experienced rainfall in excess of 30mm four times.

Roads were washed away in the locality, multimillion euro flood defences were flooded, and even the beach down the road was washed out to sea. The fact that ground conditions were relatively dry up until two weeks ago has been a saving grace.

I’ve been running the cattle in smaller groups so combined with strong winds drying ground; this is keeping any damage to a minimum. As a result, grazing conditions are holding up better than expected.

Saying that, a spring developed in one of the fields that I’ve only ever seen once before in the washout summer of 2012.

An upside from the combination of warm temperatures and moisture has been grass growth. It’s been excellent and, as a result there was a higher-than-expected late cut of silage taken.

Usually, I like to have our silage season wrapped up before the end of July, but a few lessons were learned from the late cuts in 2018. The plan at the start of the month was to take a light cut off 8ac this week where the young stock are wintered. With growth driving on, an extra 2ac were added and by the time the mower arrived Sunday, another paddock was added to the mix.

Hopefully, we should be well stocked with silage now. The latest cut yielded a similar result to the first cut back in May. I could have cut another few acres on the home ground, but if the weather continued as it was, I might have ended up feeding bales the week after instead.

The travails of a livestock farmer at the moment pale in comparison to the challenges faced by grain farmers. Between drought early in the year and now this wind and rain, it’s going to test their resilience yet again. Reports from Teagasc are that the recent storms have caused serious damage to crops, with a proportion blown and beaten into the ground.

Many crops have suffered grain losses through shedding and ear loss separate to the impact of lodging or the ability to get them off the ground whenever harvesting can take place. Wheat and barley heads on the ground aren’t of much use. There are suggestions that there have been yield losses of up to 20 per cent already.

The year is turning out better than expected for dairy farmers.

While there were concerns earlier in the spring that the milk price may fall dramatically, the base price in West Cork has remained above 30c/l since Covid measures came into force.

Carbery maintained their base price for milk supplied in July at 30.26c/l while Dairygold increased theirs to 29.1c/l.

On the beef side, weanling sales have kicked off and prices appear to be a little better than recent years.

Prices for the lighter animal under 330 kilos are holding well with many selling in a range from €2.65/kg to €3/kg. The heavier weanling in the main is making between €2.10/kg to €2.30/kg with a shake more available for the top end animals.

Base price for beef at the factories has remained steady at around €3.70/kg up on last year.

Some politicians who were offering support to farmers outside beef factory gates last autumn now find themselves in power. Lucky for them the bad weather has distracted farmers somewhat from what appears to be one political cock up after another.

Farmers might have expected a different form of green to cause trouble for the new Government, which finds itself firmly in the rough. Long before events in Clifden came to the fore, there were plenty of cracks visible in the “we’re all in this together” approach to tackling COVID-19. The fallout from the Oireachtas Golf society dinner will be felt for a while yet. Politicians who should have known better felt they were above the law and some have now paid the price.

The fact that a global pandemic dominates the headlines doesn’t mean Brexit or CAP negotiations have gone away. There’s been enough turmoil in agriculture over the last 18 months and having a monthly Minister for Agriculture over the course of the summer isn’t helping the situation.

Surely, some common sense will prevail and a minister found.

Even then, there’s going to be an uncertainty among farm organisations, the heads of whom will be meeting their third new minister in 10 weeks.

In the meantime, farmers will wait and see who our Minister for Agriculture for the month of September will be.

Techniques to help children deal with back to school anxiety

Mon Sep 7 , 2020
by Amanda Roe, Trauma therapist & Mind coach As children return to school, many parents, children and teachers are anxious about what to expect in the coming weeks. It is normal to feel anxious about unknown situations, however it is important to be aware that how we feel about a […] 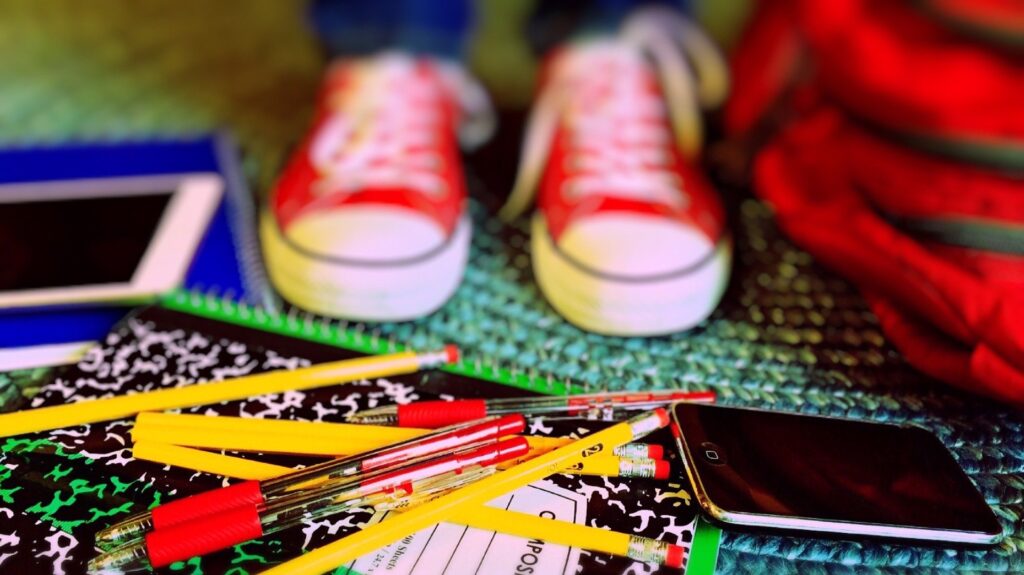