As we tumble towards a second wave of Covid-19 and everyone in the country looks to blame the government, I am always struck by one thing: The failure to look at ourselves as a jigsaw piece in the blame game. Only last month I wrote about our role in choosing our politicians who represent us, and how we must share the consequences when we turn a blind eye and choose bad politicians. I wrote about how we expect our politicians to be cleaner than clean – and once again, they fail us. We correctly look upwards at the top table and decry the failures of our leaders yet never think about our own misadventures. The blame culture deflects us from our own culpability. So here goes in my attempt to get under everyone’s skin this month!

Let us begin with the attachment of blame for the so-called ‘mixed messages’ that have us all confused. We are a country of capable people. We have, for example, hundreds of thousands of university graduates, entrepreneurs, lawyers and farmers, who have to juggle a million things in one day; stay-at-home mums and dads, who have had to be tutors, carers, cooks and entertainers; tradesmen who impress us with their knowledge and knowhow. It simply amazes me how with all our capabilities, intelligence and experience, we can’t handle the so-called mixed messages? We are told one day that we can have a limit of 15 in a house until the next week it changes to six. Masks were not compulsory in shops, now they are, and so on. We were advised not to travel to help keep out the virus, but if you had to, there was a green list of countries that meant a quarantine was not required on return. Then the green list changed, and some of those messages changed. You cannot have a static set of rules like the Ten Commandments that are fixed and permanent. Circumstances change, messages must change, we must change – but here’s the rub. It is we ‘the people’ who don’t want to change.

Let us be honest here – we ‘the people’ treat the Covid-19 rules like a menu. We pick and choose what suits us. One day you are listening to Joe Duffy, enraged by how a bunch of twenty-year-olds had a house party, as you slip into your jacket before going off to the local GAA or soccer game, where you’ll stand shoulder-to-shoulder with spectators and possibly attend a game where the crowd is in excess of the guideline limit. ‘Sure, that’s nothing compared to those ‘yokes’ at the house party!’ Let us all clap the healthcare workers again and call them heroes and then go to a pub after – for some token of food (or no food) and a feast of pints. ‘Sure, what harm is it doing – this was a silly rule anyway!’ Let us be outraged if a hairdresser, waiter or a retail worker doesn’t wear a mask when serving us, but think it’s okay it pop into a shop holding up the collar of a t-shirt because yet again, the mask was left at home. ‘Sure, tis only a few minutes I’ll be indoors – what’s the hassle!’ The numbers of Covid-19 cases are rising again because the rules are being broken every single day, long before the latest fiasco with Calleary, Buttimer, Hogan and co at the golf function. We do not need bad leadership to show us what not to do when clearly we are making a good go of it already. Apologies to the cohort of readers who have shown restraint. It is to you we must look for inspiration. It is a pandemic, it is unprecedented and it needs an unprecedented response. The simplest message of them all is – the virus has not gone away so do the right thing.

As a society we are facing our biggest test yet. One million children are mobilising for school in September. In addition to this, hundreds of thousands of parents are transporting them to and from school. It is a massive body of people on the move, as well as mixing, and it will test us like nothing before. To put it in context, there are more cases of Covid-19 emerging daily now in Ireland and worldwide than there was when the schools closed mid-March.

Anecdotal evidence and hearsay are unhelpful, so let’s look at the facts. Denmark has opened its schools and there has been no explosion of cases. Berlin opened theirs and after just two weeks, 41 schools (at the time of writing) are closed down with the virus. So, will we be Denmark, or will we be Germany? A lot depends on how we behave, but also the health guidelines.

Principals and management have been working around the clock for the last number of weeks. They have been given the unenviable task of doing the impossible. We already have one of the most overcrowded classrooms in Europe and somehow the principals and boards of management have been asked to wave a magic wand to put students into rooms where they are a metre apart? (Let’s forget the disingenuous Department of Education guideline, ‘two metres where possible’, which was never achievable.) Another guideline by the Department of Education is that school buses will operate at 50 per cent capacity. Yet in the same breath told, if it isn’t possible, students will have to buddy up daily with the same partner, in over-crowded buses. It isn’t feasible to run half full buses, so where is the emergency investment for transport? Tell the public what they want to hear but do not deliver on the big issues.

Don’t get me wrong, it’s essential on every front imaginable; education, wellbeing, the economy, parents’ sanity, that the schools are reopened. But let us be Copenhagen and not Berlin. We can do it, but we need a systematic, uniformed approach and genuine workable guidelines. Not Department of Education populist messages or laissez-faire public attitudes. We are in a maelstrom of political chaos and a rising tide of Covid-19 cases. We ourselves can take the initiative in how we, as a society, engage in the single biggest daily movement of people since lockdown. We can play our part even if those on high do not. Now it’s our turn to show leadership.

Mon Sep 7 , 2020
Just a few months on from lockdown, questionnaire entries submitted in April and early May 2020 to the Cork Folklore Project’s online ‘Chronicles of COVID-19’ project, reflect a different world. On April 7, Cork Folklore Project launched a call for people to send in audio, text and images, or to […] 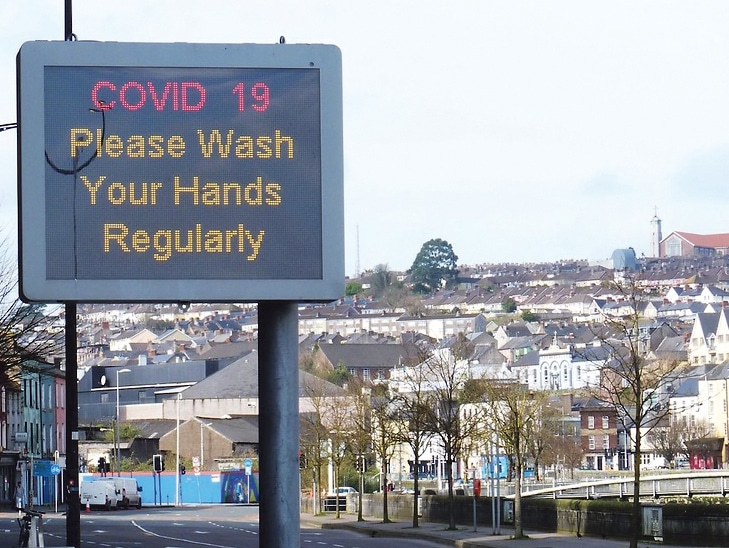