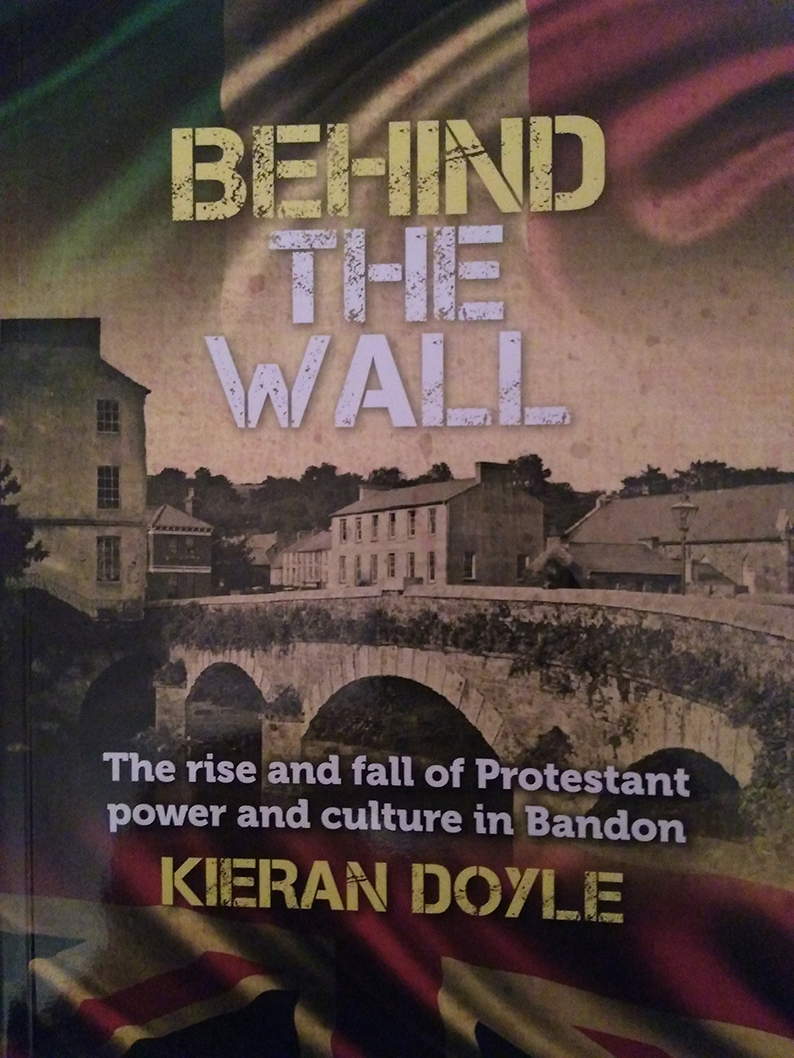 In Brian Friel’s masterpiece drama, ‘Translations’, a young English soldier and a local Irish peasant girl fall madly in love. This happens, in spite of their inability to communicate through language and the fact that they come from cultural, polar opposites – the conqueror and conquered. The local learned school master, imbued in classical education, somewhat insightfully reflects that, ‘the Greek word, Endogamies, means to marry within tribe the word and Exogamies means to marry outside the tribe – and you don’t cross those borders casually – both sides get very angry’.

My book, ‘Behind the Wall, the rise and fall of Protestant power and culture in Bandon’, looks at the divide that existed for centuries between two tribes in Ireland since the English reformation of the sixteenth century: Protestant settlers and Gaelic natives. So why focus on Bandon. Is it a book that only people from Bandon will be interested in? Absolutely not. What was happening in Bandon at a local level, gives us a far greater insight into the national picture rather than just the broad black and white brush strokes of the national narrative and it makes an intriguing case study in this clash of identities. Even more intriguing is how Bandon, a town away from the strongest Protestant settlements of the Pale and Ulster became so synonymous with a Protestant and then unionist identity. This little town gave birth to the catch call, ‘No Surrender’, often synonymous with Ian Paisley and the north. It had many monikers: ‘The Derry of the South’, ‘Orange Bandon’ and more playful, ‘Bandon, where the pigs are Protestant’ [a throw back to when the local burgees in control of Bandon, forbade papists in the town but Protestant dwellers were allowed to keep pigs].

It was a town that had the privileged position of supplying an MP to Westminster; one of only three towns in Cork County that were favoured with this honour. Cromwell, a man attributed with the death of a fifth of the Irish population was welcomed with open arms here. [Incidentally, there is a town in the South Island of New Zealand, called after him]. The Orange order grew expeditiously here. By 1834 there were seven Orange lodges in Bandon. To put that in context, Cork city had a total of six! Like everywhere else, Catholics were disenfranchised and the political powers lay in the hands of the other tribe until the late nineteenth century when there was a changing of the guard. A series of enfranchisement reforms and a structuring of local government in the late nineteenth century, led to the local institutions falling into the hands of nationalist ‘tribe’ and the writing was as on the wall for the end of unionist domination. Father Canon McSwiney triumphantly declared that, ‘his forefathers had lived there for the past eight years…they were shut out its walls…and now Bandon was theirs.’

The declaration of the Great War of 1914 was met with equal enthusiasm by both communities. Local patriot and writer, Kathleen Keyes, was despondent when she found more of the town’s women enlisted for the Red Cross, as opposed to Cumann na mBan. The chairman of the National Volunteers was keen to boast of Catholic recruitment in the town. He declared that, ‘the corps had done more than the unionist of Bandon to send men to the front.’ The facts are somewhat different. There is a record of 31 Protestants and 69 Catholics casualties in the war, but in proportion to their populations, Protestant casualties were almost twice as high as Catholics in Bandon. The demographics of the town displayed a majority Catholic population for the last two centuries and the Protestant population continued to fall. Without a census during the war period, an interesting alternative was to examine Protestant church attendances, taken from the preacher books of Ballymoden and Kilbrogan. Astonishingly, within ten years from 1913-23, the annual service attendance drops by 21 per cent.  When the Free State came into existence, many other Protestants left, either due to their attachment to British institutions, such as army, police or civil service. But other Protestants fled too, out of fear, uncertainty and intimidation by the IRA.

The War of Independence for Irish freedom from British rule brought a lot of collateral damage on the Protestant community in Bandon. The ‘Compensation (Ireland) Commission’ was initially established by the Irish and British governments to deal with compensation claims for civilians who suffered personal losses or criminal damage during the War of Independence and indeed truce period. It is a public document that any curious reader can access through the archives in Kew in England or now online databases due to works carried out by local historians. In my book, I have focused on the greater Bandon area claimants. It paints a graphic picture of the unsavoury side of the IRA during this period and highlights the targeting of loyalist and mainly Protestant people in the region.

Intimidation on the Protestant people was quite prevalent. A combination of their loyalty to Britain, their vulnerably small numbers and economic circumstances meant they were easy targets for some in the IRA. Others were targeted for suspicion of informing. Reading through the claims, it is clear that many Bandon Protestants became civilian victims of the war. Richard Godsil was forced to sign a cheque while a gun was pointed to his head. One of the IRA men told him, ‘I would be hunted out of the country and all the other Orange dogs with me’. William Haynes claimed he was kidnapped, his cattle driven off and four tons of hay taken. The Ross brothers were prevented from selling their cattle for two years up to June 1923. Elizabeth Bradfield, whose husband had been shot as an informer in 1921, still could not sell on the family farm as late as 1925. Mary Heron, claimed her husband could not return from Canada as, ‘Republicans and bad feelings are still strong in Bandon.’

History is a fascinating subject, and the more we dig, the greater the picture we get. Read it in my new updated second edition book, ‘Behind the Wall – the rise and fall of Protestant power and culture in Bandon’, now in all good bookstores.

Government’s proposed Bill will make it much harder to protect our environment, health and heritage

Mon Jan 20 , 2020
Think you should have a say in what is built on your doorstep and how it affects the environment you live in? Think again says Fiona Hayes. The United Nations Economic Commission for Europe (UNECE) Aarhus Convention, which entered into force in October 2001, established the right of everyone to […] 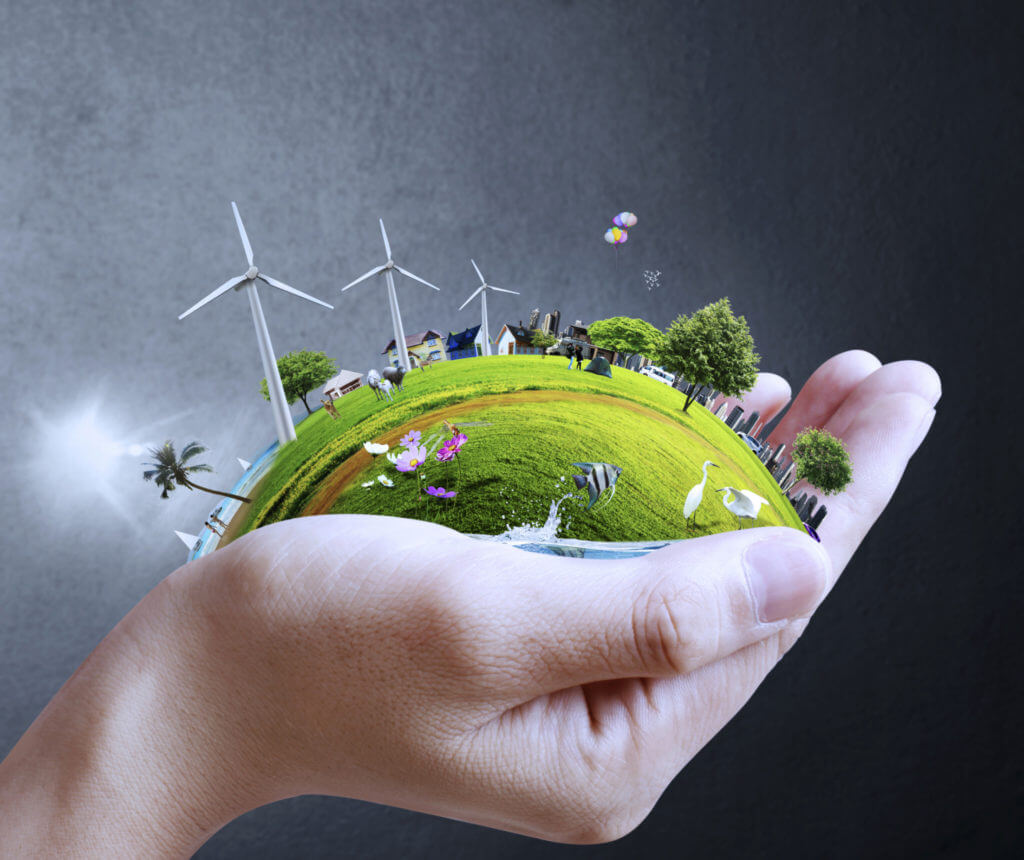