“Neither physicians nor medicines were effective. Whether because these illnesses were previously unknown or because physicians had not previously studied them, there seemed to be no cure. There was such a fear that no one seemed to know what to do.”
– Marchione di Coppo Stefani

Lately, we’re all familiar with wearing a mask in public in order to be responsible during the Covid-19 pandemic. Wearing masks is proven to be excellent in preventing the spread of viruses and probably the most iconic mask of all is the plague doctor mask. It was worn for the exact same reason but with a slight difference in its application. Before getting to that, we need to understand why it was used at all. In October 1347 twelve Genoise trading ships docked at the Sicilian port of Messina after a long journey through the black sea. The people who gathered on the docks to meet them were met with a grim discovery. Most of the sailors on the ships were dead. The ones that were still alive were weak with fever and delirious from pain. All of the sailors, both dead and alive, were covered in large black boils. The boils covered their entire bodies, they were on their face, hands, neck, legs and arms. All of the boils oozed blood. The Authorities quickly ordered the ships back out of the harbour. But it was already too late. The Black Death had arrived in Europe.

From that small port it spread across Europe and within five years it had killed 20 million people. Killing 33 per cent of Europe’s entire population. Historians argue that this figure is as high as 50 million but medieval records are sparse so it is difficult o give an exact number. However, all agree that it was 20 million at least. What was the Black Death? Scientists believe that the pandemic was caused by Yersinia Pestis, a bacterium that can live in humans as well as animals. It has three different forms but its most common form is known as the Bubonic plague. This form occurs when the bacterium infects the lymph nodes causing them to swell and then haemorrhage; creating the tell-tale buboes or boils all over the body that give Bubonic plague its name. Sometimes the lymph nodes become overwhelmed and began draining into the blood vessel system; this causes secondary septicemic plague and it is highly deadly. Symptoms include coughing up blood and bleeding underneath the skin. When these symptoms appear, death follows very shortly after, within a few hours. The third way that Yersenia Pestis can manifest itself is in the lungs and this is called Pneumonic plague and it is highly contagious because the patient begins coughing up the bacterium and passing it on to other people who breathe it, and so it quickly passes on from person to person.

The Bubonic plague isn’t just from the 14th century. It is still possible to catch it today. The most recent case was on July 22, 2014 in Yumen China. A male caught a rat, chopped it up and fed it to his dog. He subsequently caught bubonic plague and died a few days later. The government responded by sealing off the town of Yumen and its 30,000 inhabitants.

Probably the most iconic symbol of the disease is the plague doctor’s mask. It was invented by Charles de L’ Orme. The mask is quite unusual to look at but the idea behind the really long snout of the mask is that medical practitioners in the past believed that bad odours or poisonous vapours called miasma caused disease. Therefore, they stuffed sweet smelling herbs or strong-smelling items into the bottom of the beak on the mask believing that if they didn’t smell the bad odours or the plague, they would be safe. Meaning, by smelling only sweet smelling or pleasant odours of the herbs based in the snout of the mask, this would allow them to be safe from the plague and would treat patients and walk into infected households. The plague doctor would also wear a long overcoat and gloves that were dipped in wax. This was used as an extra form of protection against the plague. The plague doctor would also wear a hat but not as part of his safety precautions, the hat was to signify his position as a medical practitioner within the city he was working in. As well as this, he would carry a cane. The cane is almost always visible in Plague doctor illustrations. There is a common misconception that the cane was used to swing at rats to get them out of the way but in fact it was used to turn over the body of the infected person so that the doctor would not have to touch them. Sometimes the bottom of the cane was also stuffed with herbs and sweet-smelling items, they would then swing this in front of them as they walked through the city, with the idea being that they would purify the air before them.

When you see an illustration of the plague doctor in his full outfit including mask, one cannot help but think it must have been terrifying for someone that was already suffering with Bubonic Plague to then see this figure into their home. However, it is somewhat similar to today’s Hazmat suits that are also frightening but signify that things are now under control or that help is on its way. With wearing masks now compulsory on public transport in Ireland, it seems such a small amount of effort to comply with this rule in order to prevent the spread of the virus during this pandemic 600 years later in 2020. Next time you see an image of a scary Plague doctor mask with the long snout, now you know that it isn’t meant to be frightening but has a pragmatic purpose.

Mon Jul 6 , 2020
Jane Ní Luasa, a graduate of Mary Immaculate College (MIC) and now a teacher at Gaelscoil Dhroichead na Banndan, is one of 36 remarkable academics, professionals and students from across Ireland to be awarded a scholarship under the prestigious Fulbright Programme. The Fulbright awardees were recently announced at an online celebration hosted […] 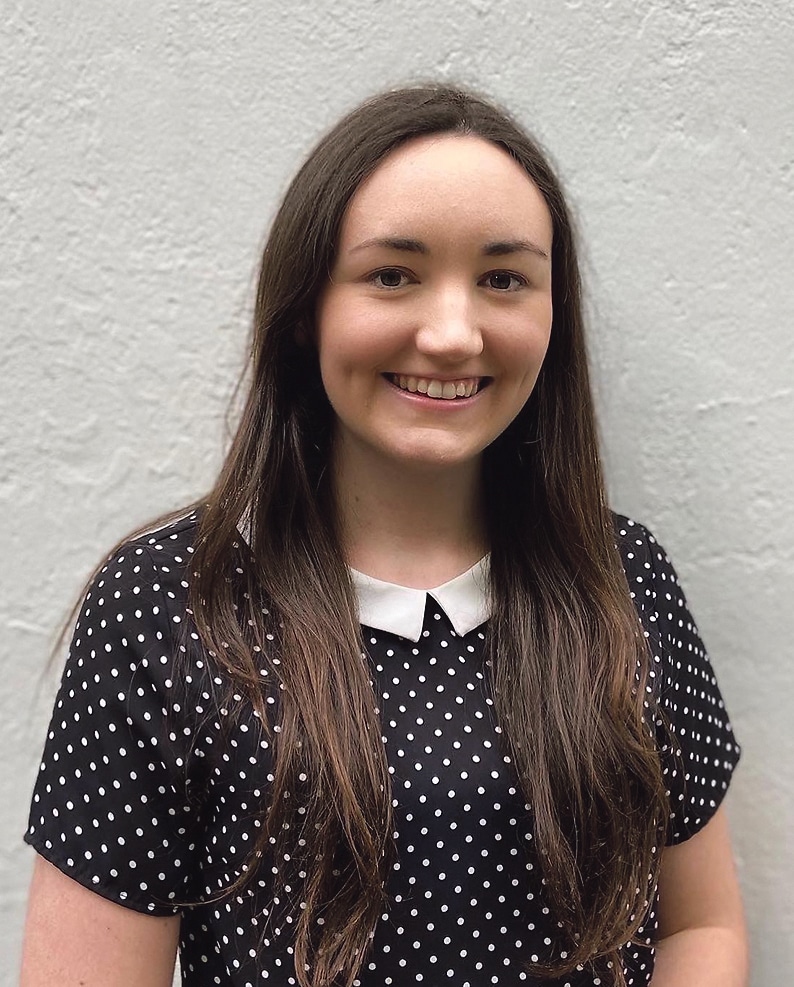