“She is regarded today as one of the most significant figures of 16th-century Irish history and an inspiration to those who choose to live their lives according to their own rules and by no others.” –  Joshua J. Mark

Known in most historical records as Grace O’ Malley, Ireland’s most famous pirate Gráinne Ní Mháille was essentially written out of history because of her gender: a female pirate going against the societal expectations of a woman in the 16th century. It is only recently and due to the work of historian Anne Chambers that Grace O’Malley is given the airtime and newspaper space that her unusual and incredible life warrants. Grace O’Malley lived an extraordinary life, achieving enormous wealth as a pirate and business woman before the Tudor conquest of Ireland imposed enormous hardship and caused her extreme financial and personal problems. This culminated in imprisonment, poverty, the death of her children and a meeting with Elizabeth I, the Queen of England. Such was Grace’s notoriety and accomplishments in a male-dominated world however, that the Queen was able to empathise with her and actually conceded to some of Grace’s requests.

Grace was born into the Uí Mháille family on Clare Island, County Mayo in 1530. One of the seafaring clans of Connacht, the Uí Mháille family built a row of castles facing the sea to protect their territory. They controlled most of what is now County Mayo, taxing everyone who fished off the shores of their coast. Grace was actively involved in the O’Malley’s seafaring enterprise from childhood, learning the trade from her father and taking part in the family’s plundering and piracy missions.

The clan’s territory spanned areas along the coastline of County Mayo centred in island-strewn Clew Bay, a body of water which had Clare Island at its mouth. Life as a pirate on the west coast of Ireland was a tough and dangerous career. Grace’s plundering and piracy missions took her as far afield as Spain and the Isle of Barra in the Outer Hebrides, Scotland. Closer to home, she made forays into isolated coastal areas to reap whatever she could find, such as cattle. Anne Chambers notes:

“Ireland at the time was a great cattle rearing country, and the wealth of every chieftain was numbered not on the acres of land he had, but on the number of cattle these acres could support.”

Grace also pioneered a new method of piracy: Tolls. She charged other ships a toll at sea, in return for a safe passage through her waters. According to Anne:

“Grace and her clan took tolls on ships which she maintained were passing illegally through waters controlled by the O’Malley clan for generations.” Chambers says, “It was a very busy route, with traffic coming up from Spain to the busy port of Galway and onwards to Ulster and Scotland.”

The O’Malleys had long-established trade links with Spain from where they imported items such as iron, weapons and wine in exchange for barrels of salted fish, pine marten skins, fleeces, cattle hides and tallow. O’Malley’s early life prior to her first marriage is preserved almost entirely through folklore, as Irish historians chose to ignore her for the reasons given above and, also, because she was thought to have overstepped the boundaries of propriety as a woman. The Irish Brehon Laws (written c. 227-266 CE) granted women equal status and a woman was regarded as her husband’s partner, not his property. Even so, there were certain expectations for how a woman should comport herself, which O’Malley chose to ignore, preferring instead to live and do as she liked. This is the reason for her exploits being withheld from the Irish annals. The reason, we know of her at all is because she is included in English records due to her meeting with the Queen.

Grace married twice and had four children. Her first marriage was in 1546 to Dónal an Chogaidh Ó Flaithbheartaigh. Donal was the heir to the Flaithbheartaigh clan with aspirations to rule over what is now Connemara. The couple had three children – Eóghan, Méadhbh and Murchadh. After her husband Dónal’s death, O’Malley returned to her family’s lands with her children and established a base on Clare Island. She may have built, or at least improved upon, the tower house, now known as Granuaille’s Castle, which became one of three strongholds she maintained throughout the rest of her life. The men who had served under Donal when they were married followed her to her new home and swore their allegiance to her, suggesting she had already established herself as a strong leader who rewarded personal loyalty. O’Malley and her crew had a number of ships at their disposal, which they used for trade and to exact tribute from passing ships, earning her the name of ‘pirate queen’ for her efforts. Her father Eóghan had died by this time, and she had assumed the title and responsibilities of Lord of the O’Malley clan, which included exacting tribute from those who plied her waters.

By 1566, O’Malley had married a second time, this time to Risdeárd an Iarainn ‘Iron Richard’ Bourke, a prestigious landowner and chieftain who was next in line to inherit the sizeable lands of the MacWilliam clan. Burke’s holdings provided O’Malley with numerous inlets from which she could launch her ships on unsuspecting vessels that encroached on her territory. His nickname derived from the ironworks he owned. They had one child. Tibbot Bourke, who became the first Viscount of Mayo. O Malley and Burke soon had serious problems in Ireland due to the English government. English magistrates were carrying out Elizabeth the first’s policy of divide-and-conquer in Ireland and these magistrates would reward one chieftain with land and various gifts for help in suppressing another clan the English considered troublesome.

The Norman Invasion of 1169 first brought the English to Ireland, and King Henry II of England (r. 1154-1189) personally established English control of the island in 1171. Since then, English control of the land had increased, and under Elizabeth I, their control expanded further. In 1584, Sir Richard Bingham of England became Lord President of Connacht and began systematically dismantling the old structure through ruthless military campaigns, bribery, and pitting one Irish lord against another. This created many problems for Grace. O’Malley mounted a resistance against Bingham, and he retaliated by killing her son Owen and imprisoning Tibbot, Murrough, and O’Malley’s half-brother. O’Malley herself was also arrested, but her release was somehow arranged through the help of her son-in-law. Instead of trying to negotiate with Bingham, O’Malley decided to go over his head and speak directly with Elizabeth I herself in 1593.

Official accounts of O’Malley’s life come from English sources such as letters and reports Bingham sent to Elizabeth I, Sir Henry Sidney’s account of their meeting, and the document known as the Articles of Interrogatory – 18 questions O’Malley had to answer in writing prior to her meeting with the Queen. After answering the questions, O’Malley was brought into Elizabeth I’s presence and, according to legend, refused to bow as she considered herself the Queen’s equal. She was searched and found to be carrying a dagger, which she claimed was for her own protection and was allowed, by Elizabeth, to keep; suggesting a significant level of respect, and trust, on Elizabeth’s part.

Their conversation is not recorded but was carried out in Latin as Elizabeth I did not speak Irish and O’Malley would not speak English. The meeting seems to have lasted some time and concluded with the agreement that Bingham would release the captives and leave O’Malley alone. In return, O’Malley pledged 200 men and her fleet to Elizabeth I’s service in keeping the peace in Ireland. Elizabeth sent word of the agreement to Bingham, which read, in part:

“We require you to deal with her sons in our name to yield to her some maintenance for living the rest of her old years…And this we do write in her favor as she showeth herself dutiful, although she hath in former times lived out of order. She hath confessed the same with assured promises by oath that she will fight in our quarrel with all the world.”

O’Malley returned to Ireland expecting Elizabeth I’s orders would be swiftly obeyed, but Bingham took his time in releasing the prisoners. He was certain O’Malley would not keep her side of the bargain, and she proved him right by lending ships to the Irish rebels under Hugh O’Neill at the outbreak of the Nine Years’ War in 1593. She lived on in folk legend up through the 20th century when she came to be associated with the cause of Irish independence from England. After a lifetime traversing the sea, Grace died in 1603, aged 73. Her definitive biography was not written until 1979 by Anne Chambers. She was buried in the Cistercian Abbey on Clare Island. Grace O’ Malley being remembered in folk memory is as much a tribute to, and validation of her status, as any academic treatise. She lived an incredible life one we almost didn’t know existed. There are many books dedicated to her life, one called ‘Grace the Pirate’ is currently part of the Year 3 English curriculum in Dubai.

Surely the time for monarchies is over?

Mon Oct 3 , 2022
Like so many other things that have been postponed; premiership matches, flights into Heathrow and even postal and train strikes in England, I’m afraid my follow-up article of the civil war in Russia also has been hit by the death of Queen Elizabeth, the monarch of Great Britain, (and postponed […] 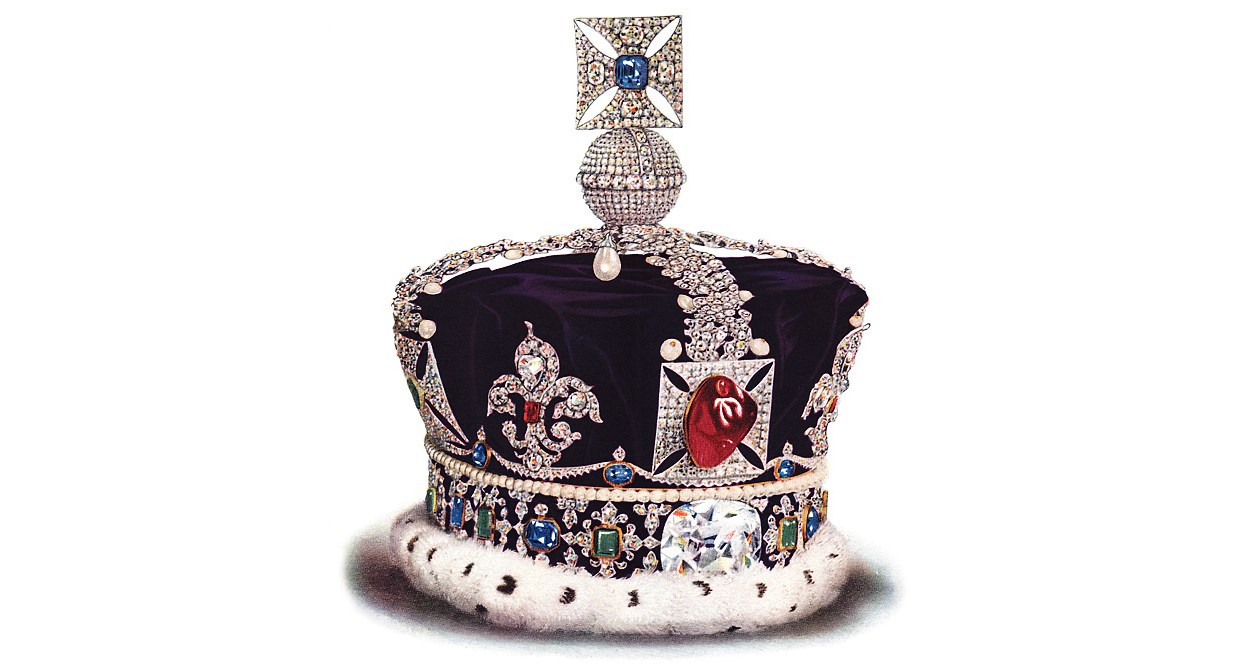