The ever-changing moon was an object of mystery and superstition in ancient Ireland. The old Celtic druids placed great emphasis on the moon and arranged their calendar by it. It was believed that any work or business undertaken when the moon was growing (waxing) would be successful. Work begun when the moon was waning was considered less likely to succeed.  A child born when there was a new moon was thought to have good prospects for health and wealth.

It was considered good practice to set seeds (potatoes, grain crops, and so on) as the moon waxed. Scollops for thatching the roof were cut as the moon increased, thereby ensuring their continued strength. An indirect benefit of the waning moon was that body-sores were believed to decrease in size during that period, and warts might disappear altogether.

Pigs and sheep were usually killed while the moon was waxing – ‘the bacon or mutton would swell in the boil’. People were much more inclined to spare their money as the moon filled and to spend it as the moon waned.

The eternal return of the moon was naturally something mysterious and attracted much attention. There was a saying about the new moon: ‘On the first night nobody sees it, on the second night the birds see it, and on the third night everybody sees it.’ It’s coming was not greeted without apprehension and people were advised to make the Sign of the Cross when they first noticed it. A prayer might also be said, such as, ‘God Bless the Moon and God Bless Me, I see the moon and the moon sees me’. There was a strong country tradition that with the coming of the new moon, people would kneel and pray for health, wealth and good fortune.  A seventeenth century German writer wrote: ‘The wild Irish (sic) have this custom, that when the moon is new they squat upon their knees and pray to the moon that it may leave them vigorous and healthy.’

The Heave and Pull of the Moon: It was claimed in folklore that Aristotle failed to understand only three things – the work of the bees, the coming and going of the tide and the mind of a woman. Whatever about the other two, ordinary people understood that the tides had some connection with the moon and this provided proof of the ubiquitous lunar influences.  Contemplating the connection between the sea and the moon, folklore developed some dramatic ideas. One such was that all water reacts in the same way as the sea, that rivers swelled with the full moon, or that water placed in a dish will rise and overflow as the full moon is seen to rise. At the same time, the blood becomes invigorated and a person feels his strength increase.

The energy caused by the full moon in all its strength could, it was believed, be overpowering to the human spirit and there was a belief in Ireland and elsewhere that a person might become over elated by it and lose his wit for a while. Such a person was said to have gone ‘le gealaí’ (with the moon). In English we have the word ‘lunatic’ from the Latin for moon, ‘luna’.  The word ‘moonstruck’ has the same connotation.

The markings on the moon were interpreted as being the body of a man who was transported there from the earth. We have all heard about ‘the man in the moon’. It was often held that a full moon on Saturday was a sign of bad weather or some other local misfortune.

The idea that the moon’s waxing and waning directly affects the growing and shrinking of earthly living things was applied also to humans. Hair should be cut when the moon is waxing to ensure subsequent growth. In the Orkney and Shetland islands it was widely believed that marriages should take place when the moon was waxing.

It was believed that sleeping directly under moonlight had negative consequences for humans. At best, it could bring bad luck and bad dreams; at worst, it made humans prone to stammering, blindness, paralysis or idiocy. It was thought unlucky to see the new moon through glass; the best way to see it was over the right shoulder.

The appearance of the moon is also used to forecast the weather. A ring around the moon is a portent of bad weather; it used to be called ‘súil circe ré’ – the moon of the hen’s eye, on Cape Clear island. When the sickle moon appears to be lying on its back, it is a sign of very ‘broken’ weather. The old people, especially fisherman and farmers, observed all natural phenomena closely and were very accurate in predicting weather.

In Irish, the moon is ‘an ghealach’ or, alternatively, ‘an ré’.  ‘Gealach na gcoinnlíní’ is the Harvest Moon, ‘coinnlíní’ being the Irish for a stubble field with stalks left after reaping.  ‘Fear Láir na gealaí’ is ‘the man in the moon’. ‘Seán na Gealaí’ is Jack of the Lantern.  ‘Corrán gealaí’ is a crescent moon; ‘Ré nua’, the new moon; ‘ré lán’, full moon. ‘Tá an ré ina sui’ – the moon is up. ‘Rabharta lán na re’ – the full moon-flood tide. ‘Ré’ is an alternative word for the moon.

Mon Sep 5 , 2022
In part one of a two-part article, Kieran Doyle introduces us to one of the world’s most savage civil wars. While Irish society remained democratic after its civil war, the Russian people still know repression today. I want to begin by congratulating the organisers and contributors  who took part in […] 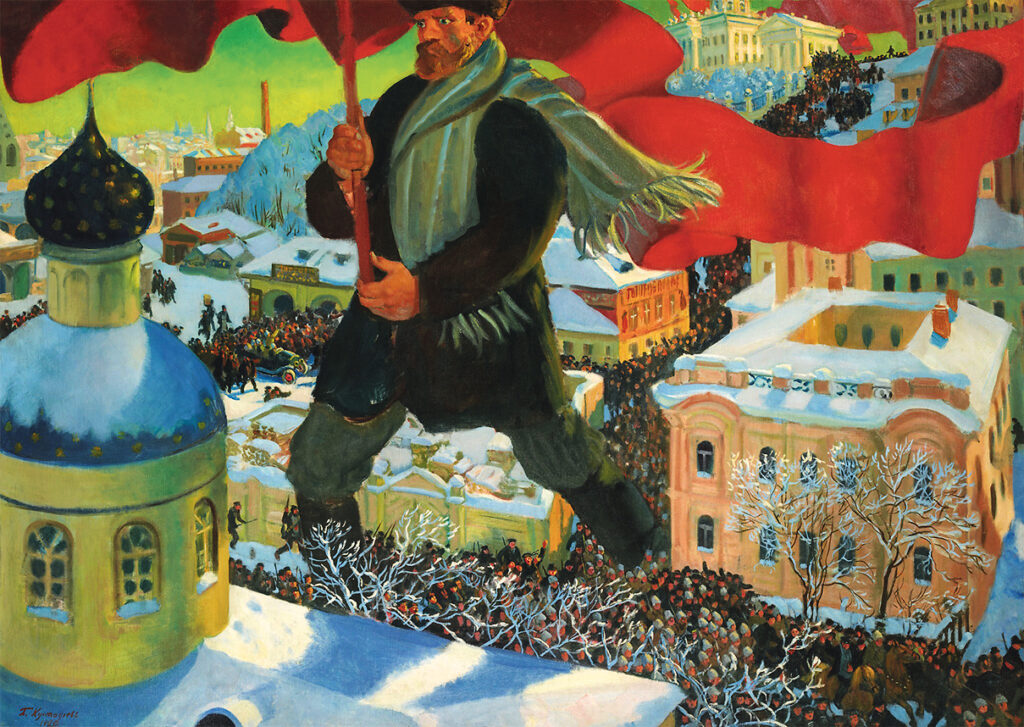