Clíona is a supernatural lady in literary and oral tradition.  Her name probably meant ‘the territorial one’ and represented a function of the patron goddess. She is associated mostly with Glandore Harbour, but also Rosscarbery Bay and with Mallow.

According to legend, she was the daughter of Mannanán Mac Lir, the predominant Irish sea god. One account of her story states she eloped from ‘Tír Tairngire’ (the land of Promise) with a handsome young warrior named ‘Ciabhán’ of the Curling Locks. They landed at Trá Théite, the strand at Glandore and ‘Ciabhan’ left her in his boat.  A mighty wave came and she drowned. This was ‘Tonn Chlíona’ (Cliona’s Wave), the best known of the magic waves of Ireland. The deep roar of the sea as it enters the cliff caves in Glandore harbour was said to foretell the death of the king of Munster. She was the ‘bean sí’ (banshee, fairy woman) of the Fitzgerald’s of Desmond and later the McCarthy clan. The wave that killed her now lives on an eerie thunderous roar that bellows out from the cliffs in Glandore in stormy weather.  Manchán Magan writes: ‘it’s as much a sound wave as a sea wave now – a loud and sudden call that for some family foretells the death of someone significant’.

In the Middle Ages, Clíona was regarded as one of the principal otherworld women of Munster. She was said to reside in a palace near ‘Carraig Chlíona’, a conspicuous large rock in a lonely part of the parish of Kilshannig, near Mallow.  To the ‘filí’ (poets), she was an inspirer of their art, and she had the reputation of being a seducer, as evidenced by a poem of that era.  In this text, she comes to the celebrated poet, ‘Cearball Ó Dálaigh’, inflicts a terrible thirst on him, and then promises to relieve him of it if he will live with her.

As a femme fatale, Clíona enticed men to the seashore, and had a series of mortal lovers.  Among them were ‘Caomh’, the progenitor of the O’Keefe family, and Seán Mac Shemais Mac Gearailt (John Fitz James Gearailt  – Fitzgerald) King of Desmond. According to this story, Fitzgerald was betrothed to a lady and a great dance was held to celebrate the engagement. Seán, who was a very handsome fellow, was dancing splendidly, when he suddenly dropped dead, and it was believed that he had been ‘carried away’ by the fairies led by Clíona. A young girl ‘Caitlin Óg Ceitinn’ (Keating) went to ‘Carraig Chlíona’ and demanded that he be returned. She spoke in verse outside the rock and Clíona answered her in the same metre. A long contest in poetry ensued, with Clíona insisting on holding on to the young man, but when ‘Caitlin’ demanded a massive dowry for Seán, she released him back into the world.

In other stories, Clíona was considered the noblest and most desirable woman in Ireland. She kept three brightly coloured birds that ate apples from an otherworldly tree and sang so sweetly that they could cure all illness. It is said that one man learned her spells and plotted to kill her, but she changed into a wren and disappeared.

The other magic waves of Ireland are ‘Tonn Scéine’ in Kenmare Bay, ‘Tonn Ruairí’ in Dundrum Bay, Co. Down and ‘Tonn Tuaithe’, the mouth of the River Bann.

‘Tír Tairngire’ is one of many otherworldly paradises in early Irish tradition, much associated with ‘Mannanán’. They include ‘Tir na nÓg’ (Land of Youth), ‘Magh Mell’ (The Pleasant Plain). In those lands, there is everlasting youth, where there is no sorrow or despair, no ageing, no dying.

Between Rosscarbery and the Galley Head is a strand called Clíona’s Strand, off which is a rock known as ‘Carraig Clíona’, around which the sea breaks, creating huge waves in stormy weather and was said to utter a plaintive wail when the king of Munster died. The wave at Glandore is still audible. That you still hear a ‘tonn’ that was sent out from the otherworld is stirring.

Tonn Clíona is infused with the sadness of the unfortunate bird-loving fairy goddess that, ‘Manannán’, as god of the sea, condemned to death. Sadly we have lost the multi-layered significance of Tonn Clíona since we no longer use the language in which it was first spoken.  It is now just another wave.

Looking to the past for the sake of the future

Tue Mar 9 , 2021
With Ireland’s nitrates derogation giving farmers the opportunity to farm at higher stocking rates (above 170 kg livestock manure nitrogen/ha up to 250 nitrogen/ha) once they take extra steps to protect the environment, it’s all about improving environmental imprint for farmers such as Ballinascarthy’s Vivian Buttimer. With ‘nitrates’ the key […] 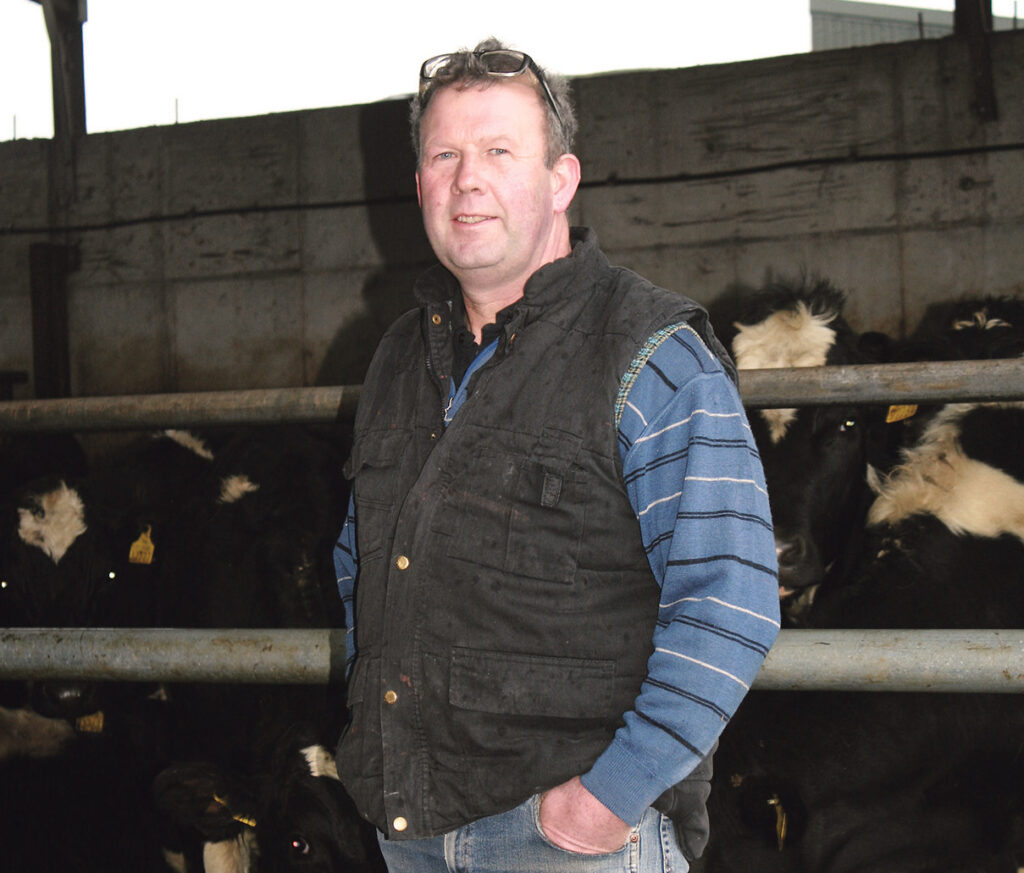