When the decade of centenary celebrations began in 2012 (covering events such as World War One, the Easter Rising, emancipation for women, the War of Independence, and so on) the Irish Civil War years were always going to be seen as the most contentious to commemorate. While there are many more local and national events to be celebrated in 2022/23, the conference in UCC marked one of the most significant events in the historical calendar. There were 130 speakers from across Ireland, the UK, Europe and the USA.  An array of top academics shared the stage with independent researchers, and promising PHD students cast a wide net over the civil war. It will be impossible to go into detail about the conference in this article but what I hope to do is give clarity to what went on. It was not a conference just about the war. There were lectures and papers on memory, trauma, gendered violence, cultural implications, agrarian unrest, the loyalist experience, propaganda, its impact of America, IRA strategies and dozens of more fields: All of which were recorded and can be found on the UCC civil war conference website if one is interested. What’s more, despite the potential for controversy, the whole four days were met with an open-mindedness and thirst for knowledge that reflected the maturity we have today about a conflict that once upon a time tore families apart for generations long after. Taoiseach Micheál Martin opened proceedings, setting the tone for an engaging few days.

So where does one begin? I’ll start with trauma and memory. I will try to reflect, as faithfully as I can, the ideas that were discussed. I found the lectures that touched on this field a fascinating aspect. So many memories have been passed down, but does that make them accurate? Other memories have been deliberately under-reported or suppressed because there was not the capacity at the time for people to share them properly. One particular panel – Dr Linda Connolly, Dr. Siobhra Aiken (great granddaughter of Frank Aiken) and Fergal Keane, BBC journalist and writer – were gripping. Dr Connolly, who has a particular interest in gender-based violence took us behind the scenes of woman who were the victims of assault (by all sides) and how incidents like that were remembered or suppressed. Connolly revealed how one has to interpret the language on documents of the time, such as ‘outrage’, ‘nerves’, and other implied meanings, to capture sexual assaults on women. It was an era where sexual matters were matters of shame, even if forcefully perpetrated on women. Testimony was not an easy thing to share. The aftermath of such young women victims dying, just a few years after the civil war, were signposts of how counselling and treatment, that we take for granted today, were not available or even conceived of back then.

Siobhra Aiken, a young and upcoming historian, examined how so many veterans and victims of the civil war, used fiction to deal with or release their trauma. Siobhra examined a wide range of 1920s and 30s civil war literature and cross-referenced them with the real events that the authors took part in, revealing how close to the truth many ‘fictitious accounts’ were. The reasons were many: self-therapy, a recall protected by a veil of fiction and, in the cases of many women, their only avenue to share their memories, as publishers in the 1920s and 30s rejected the majority of female autobiographical accounts of the civil war era. Fergal Keane, author of ‘Wounds’ spoke about his own family’s experiences in the civil war. However, Keane added a wonderful modern experience to what war and trauma really means by eloquently narrating the moments of conflict he witnessed as a journalist. He recalled the genocides in Rwanda and the former Yugoslavia. He spoke emotionally about speaking with people who had just murdered neighbours in villages, and he could see how the trauma of war had broken them mentally and spiritually. Bravely, Keane admitted how it affected his own mental health and he had to undertake therapy for PTSD. At least Keane and others can now do this, unlike our grandparents and great-grandparents in the aftermath of 1923.

Dr. Eamonn Phoenix, of Stranmillis University College, was breathtaking in his depth of knowledge, as well as his enthusiastic, witty and eloquent discussion. I would highly recommend listening back to his panel discussion on ‘partition’. He reveals the hard truth that whatever the outcome of the Civil War, the Northern State was well and truly fixed, with support from the imperialist United Kingdom and supplemented through the forces of the RUC and B-specials (32,000  Protestant Ulster Volunteers veterans from WW1 introduced by no other, than Winston Churchill). He painted a picture of Carson and Craig, moulding a Protestant State for a Protestant people in spite of Craig’s initial attempts to appeal to both nationalist and unionists in forming the new state. Phoenix revealed how Craig rejected a nine county ‘Ulster’ state in favour of six, believing it would be too difficult to control otherwise. Saying that, he willingly plucked the Catholic majorities in Tyrone, Fermanagh, Newry and the City of Derry into Northern Ireland. Indeed, Derry in 1920 returned a majority nationalist Sinn Fein lead majority through the proportional representative system. The PR system (that we still use in the republic today) was introduced to the Irish system in 1920, mainly to give loyalist communities a better say in government. Craig and Carson ironically did not extend that to the North. After that election, the PR system was abolished, and gerrymandering was introduced to ensure a unionist majority at all times. The northern IRA could do little in the face of such control and, outside of the vicious civilian pogroms and murders, no ‘military battles’ took place. Sadly, many nationalist IRA men and women rejected by the south, were sent back to Northern Ireland after the civil war. They returned to a hostile atmosphere, leaving another type of bitter legacy that emerged from the civil war.

An interesting segue from this, is to a lecture given by Dr Fearghal Mac Bhloscaid about the second Northern Division of the Civil war, Tyrone and Derry. Whatever about the difficult environment for the northern IRA in a hostile state, they were not helped by the GHQ in the south. They were poorly trained and under armed. Despite the pleas for support on the ground, guns and munition intended for the north were deliberately sent to the Monaghan brigades outside the Northern State. Fearghal goes on to tell that the nationalists of the north felt abandoned by their southern brethren, though Collin’s attempts to aid the northern nationalists have to this day, led many to sympathise with him.

It was great to see some of our local historians take to the stage. Dr. Alan McCarthy, formerly of Michael Collins House Museum, lectured on media and propaganda, a topic from his PhD. He regaled his audience with stories such as only one of the sixteen Munster papers of that period supported the anti-treaty. Many of the pro-treaty papers were physically destroyed or were forced under threat to run republican articles in their papers. He was accompanied by independent historian, Felix Larkin, who through the medium of cartoons, gave an insightful and novel approach to perceptions of the civil war. Once again, this can be seen online, and it is well worth viewing the cartoons in his slides. Kilmurry native, Niall Murray, gave a paper on Béal na Bláth, which looked at how the mid-Cork anti-Treaty IRA returned to urban conflict in the aftermath. Tony McGrath, an independent historian, revealed how the Free State memorial in Knocknagoshel, when replaced after it was vandalised, had to be ‘reworded’ for fear of not offending, or fear of not being damaged again. So much more!

It wasn’t all talks and lectures. The Irish Army displayed a civil war period weapon on campus, an 18-pounder gun. There was a civil war history walk by Gerry White. The army band of the First Southern Brigade wowed the crowds in the sun-soaked square outside in the main Quad. A number of archives were opened – check out St Peter’s North Main Street and the museum in Fitzgerald Park that are still displaying the material.

The UCC department of history has done a great service to Cork and Ireland with this event, which is itself an archive of material of the future. John Borgonovo has been a driving force in Irish history and is no stranger to giving lectures in Cork County. He was ably assisted by the likes of Dr Helene O’Keeffe, John O’Donovan from Leap, Dunmanway man Mervyn O’Driscoll, Professor Chris Williams, Eugenia Hanley, Dr. Donal O’Drisceoil and a host of names too long to list but all acknowledged on their website. Be sure to check it out for yourselves.

The story of the Shankill Road Bomb

Mon Jul 4 , 2022
The Shankill Bombing came at an extremely precarious time in the peace process in Northern Ireland. This attack and the resulting retaliation attacks that culminated over the following days, very nearly derailed the entire peace process altogether. At this stage of the Troubles, for the very first time, Loyalist paramilitaries […] 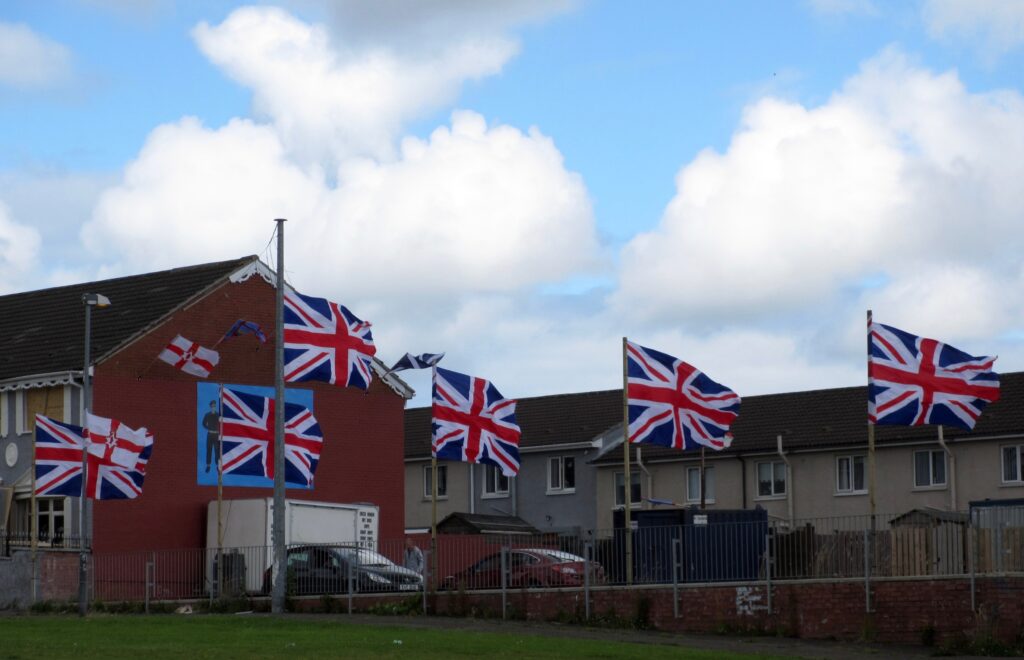