Holidaymakers won’t like to hear it but the drop of rain that came at the end of July was welcome here and has resulted in a serious burst of grass growth, as the moisture meets the warm dry ground. Within the space of a few hours, the sward colour went from yellowy brown to green. It’s not like I spent the month sitting around waiting for rain. Far from it! The run of hot weather was great and made up for a challenging spring. My location helped too and, after a slow start, heading for the Red strand and a dip in the ocean became a daily occurrence during that warm spell.

The heat did provide a challenge regarding the grass situation but all was kept under control.

Due to its coastal location the land here is prone to drying out in summer so it’s always at the back of my head every year. For that reason the farm isn’t stocked too heavily. If and when we hit a run of weather that is too dry then bales of silage are used strategically to keep cows’ content and the grazing rotation on track. In terms of work routine, July is the summer equivalent of January, albeit the daily workload is considerably lower. Once cattle are checked, it’s a case of doing maintenance work or just relaxing a bit once there’s a chance.

I visited the farmers market in Skibbereen a few weeks ago. There was a super range of fresh food and produce available and the place was thronged. What was also of note was how busy it was in the Aldi supermarket nearby showing there is room for different tastes but ultimately consumers vote with their feet and wallets. We’re lucky to live in a country where there is such a wide choice in terms of food.

I was reminded of this when comparing the bounce on most commodity-produced by Irish farmers. The home market will deliver so much but the world market is the largest driver of price.

The good run of prices has held pretty well across all sectors although there is a little bit of a pull back in lamb prices. This is to be expected, as most of this year’s lamb crop will be coming towards finishing over the next few months. Prices for sheep in marts are running about €1/kg higher than 12 months ago.

It’s the same story with beef. Prices are at a level not seen in years. They are almost €1/kg higher than the 2019 level, which subsequently sparked off one of the biggest beef protests in this country.

The main reason behind this bounce in prices is basic supply and demand. Asian powerhouse, China, is driving global demand and having a major influence on the price of Irish animal protein. African Swine Fever (ASF) decimated Chinese pig production from 2019 on and the effects are still being felt. As a result, they began to source beef and lamb to fill the gap with all the big producers such as the South Americans, Americans and Australians filling the gap. Drought in Australia and parts of the United States meant their production was back slightly. Brazil went so far to cater for Chinese demand as almost killing two years’ worth of cattle in 2020, resulting in a major deficit this year. All the signs are that the lift in beef price could continue into next year, which is a pleasant surprise given how much we were concerned about Brexit.

On the home farm, calving season finally reached its conclusion at the end of June. Due to focusing on building work last summer, a handful of cows were left with the bull longer than planned and ran into summer. Calving won’t be running as late any more with a bit of a clear up under way.

Putting an end date in place for calving and removing the bull is the first step. This happened for the heifers at the end of June

The bull was brought home to the older group of cows who had finished a month of AI. Last week he was removed from that group and put in with a small group of late calving cows. They’ll get another chance, so he’ll spend a month with them. I was lucky with the timing as all were bulled since he joined them. I just have to hope that the heat of the last week doesn’t have any negative impact. If they do remain in calf than they should be due at the beginning of May next year, which will tidy up the workload significantly.

Despite prices going well this year, it remains imperative to base any financial plans on the bad times. At least then when there’s a good price year you’re in a better position to benefit from it. That’s the plan anyway. 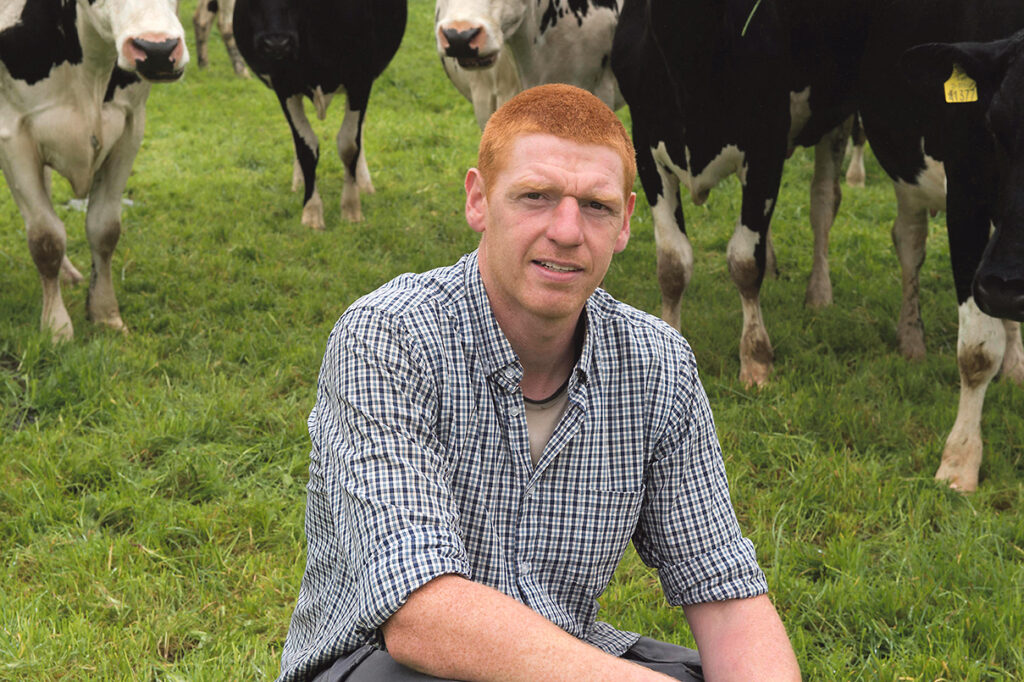