Sometimes time moves fast in the farming cycle. Only a few weeks ago the call came to try and plant more grain and fodder crops in order to deal with supply chain issues resulting from the war in Ukraine. At this stage, the vast majority of the grain crops are planted and it’s largely maize and root crops that are left for this planting season. It’s all over to that great uncontrollable, the weather, to dictate how the farming year goes. To date it’s been manageable. A settled dry spell in Late May and June would see a lot of silage cut and this will go a long way to securing fodder for next winter. In terms of crops, tillage farmers will need a similar spell of settled dry weather from late July for the winter cereal harvest and the same at some point in August and/or September. This year’s grain harvest will have added significance so fingers crossed that the good weather will prevail.

One of the areas where the loss of Ukrainian produce will impact consumers most is vegetable oils. Combined, Ukraine and Russia supply in excess of 50 per cent of the world’s supply of sunflower oil. Similar to grains we may have to look across the Atlantic to make up for the loss of product from the Black sea area. There is talk that a share of the cropping land in the United States and Canada will be planted with sunflower to fill the gap in the short term. On the odd occasion it is grown in Ireland, but due to our climate, not at the same levels as seen on the continent.

At home, calving is almost complete and cows and calves have been going out to grass within 24 hours, as long as there isn’t heavy rain. This year the farm is partaking in a pilot for DNA registration of calves. A tissue sample is taken at tagging and sent to a lab where the sex and parentage of the calf are verified. It threw up a few surprises. I expected a few corrections on the sire side. This happens at the time when changing from AI to natural service or if a cow is moved from one bull to another. What I didn’t expect was a dam correction. In late March, I found a cow had calved about two weeks early and had twin heifers. She wasn’t too keen on one of the calves, so I tried to adopt her onto a heifer that lost a calf. All was going ok until I got the registration confirmation on the ICBF website. It turns out this calf was belonging to a cow on the other side of the shed. During the night, the two cows had calved either side of the feed passage. One calf got out through the feed barrier, crossed the passage and went in through the other barrier. The lesson there was never underestimate the ability of a newborn calf to move.

Earlier this year, Minister McConalogue set up the Food Vision Dairy Group to look at ways the dairy sector could reduce emissions. The group, chaired by former head of Teagasc, Professor Gerry Boyle have been meeting on a number of occasions and a draft report from the group included 17 recommendations. I would stress this was a draft report. One of the headline grabbers is a proposed retirement scheme, which would see land removed from grazing breeding bovine animals. Also included is a proposed environmental limit on methane emissions and a 35 per cent reduction in nitrogen use.

The proposed retirement scheme appears to be the headline issue but maybe that’s because it’s among the more comfortable elements to deal with.  To me, it’s leaving more questions than answers. The finer details of what happens that land if it’s sold. Can it be purchased and put back in dairy or is prohibited from dairy use for a fixed term? That would be less of an issue in tillage areas as the crop potential is there and the land sale value would hold relatively stable. If it’s in a livestock only part of the country does that limit it to sheep and fattening cattle? If it does will that impact on the overall value of the land?  If the ground can no longer support breeding stock, does that limit its use for contract rearing? Also if a reduction of 35 per cent in artificial nitrogen is required, this will likely lead to a lower stocking rate, then surely the ‘retired’ land will be needed to facilitate this.

I’m not sure if such a retirement scheme is required, especially in light of two major issues across farming. Labour availability and succession issues are two major challenges to overcome. Young people in agriculture will want income comparable to their non-farming peers and, dare I say it, some may want a similar quality of life also. Fixing labour challenges is probably easier but costlier in the short term.

Technology will play a part in easing the labour issues but it won’t solve them all. The danger is, you can become too dependent on technology to the detriment of common sense. An acquaintance of mine told me they couldn’t go to a funeral last year as they wouldn’t be finished work in time to make it to the church. I suggested they sympathise at the graveyard afterwards instead. I was informed that wasn’t possible because they didn’t know how long it would take to get there, as they couldn’t find ‘adjoining cemetery’ on google maps. Now that’s being too dependent on technology!

Tue May 3 , 2022
The Sustainable Energy Authority of Ireland (SEAI) welcomed over 2,500 attendees to the SEAI Energy Show, which took place in the RDS at the end of March, after a two-year absence. The event showed the vibrancy of the energy sector and the pace of innovation, as new energy saving technologies […] 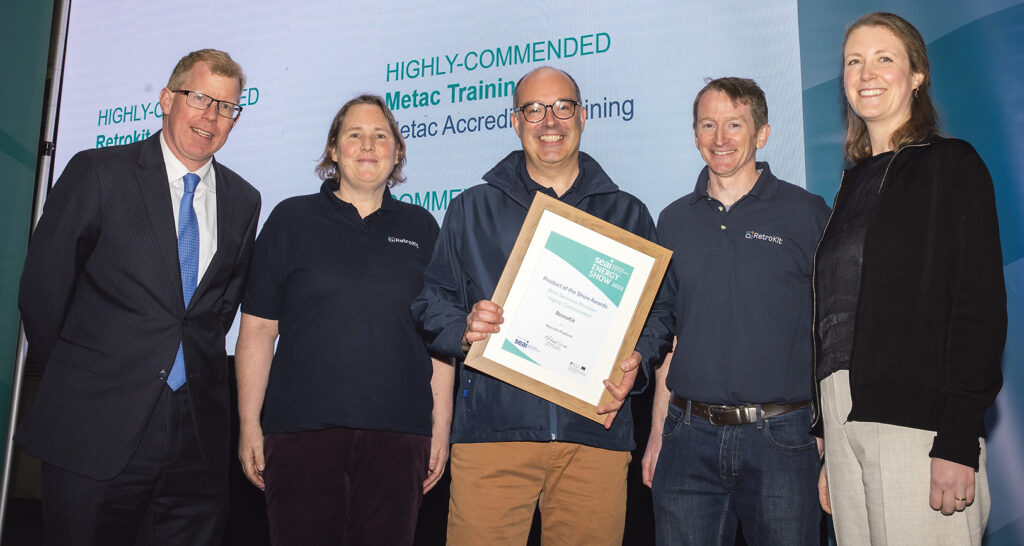