Fiona Hayes asks if we’re on on the edge of change with Doughnut Economics, a tool for transformative action first published in 2012, proposing a holistic social foundation and ecological ceiling for the whole world.

As many of us are in lockdown and working from home my stepdaughter in Sydney reports that Canon, the company she works for will be continuing remote working after the lockdown is lifted. They will downsize expensive office space, providing hot desks for times that employees need to be in the building.

Companies with distributed models, with many people working remotely point to benefits such as saved time commuting and better work-life balance leading to happier and more productive employees.

This led me to reflect on an earlier time in my career when, in the UK, I worked for a large corporate and travelled for three hours per day to work and three hours per day from work, on motorways that for much of that travel time were almost at a standstill, the traffic, belching carbon monoxide, sulfur dioxide, nitrogen oxides, formaldehyde, benzene and soot into the atmosphere.

It took me about eight months to persuade the company that by and large I was able to work equally effectively from home and in fact, produced a better quality of work when I did not have the twice daily commute to look forwards to.

A recent UK survey by YouGOV on behalf of the Royal Society of Arts (RSA) suggested that only nine per cent of Britons want life to return to ‘normal’ after the Covid-19 Lockdown is over. Fifty-one per cent of people said they had noticed cleaner air outdoors, while 27 per cent think there is more wildlife.

Certainly from discussions with people, I believe this view is mirrored in West Cork, even though we have the advantage that our environment is relatively unscathed by urban sprawl, heavy traffic and poor air quality.

The World Economic Forum Global Risk Report published in January 2020 stated that the five global risks of the coming years that are highest in terms of their likelihood are ALL environmental.

They are: Extreme weather events with great damage to property, infrastructure and human life; Governments and businesses failing to mitigate and adapt to climate change; Man-made environmental damages and disasters; Great loss of biodiversity and collapse of ecosystems with irreversible consequences for the environment, which leads to a severe depletion of resources for humanity and industry; Major natural disasters such as earthquakes, tsunamis, volcanic eruptions and geomagnetic storms.

Three of these are the direct result of governments and businesses failing to mitigate and adapt to climate change. Indeed so far both governments and corporations have pushed responsibility for adaptation and mitigation almost entirely on to the public, however without the infrastructure to create change there is a very limited amount that the general public can achieve. Sure we can leave plastic packaging in the supermarket, put as much as we can of our rubbish in the recycling bins and collect washed up plastic from the beaches and river banks but we cannot affect air and water quality or man-made environmental disasters without our governments and corporations and businesses taking adaptation and mitigation seriously.

Matthew Taylor, chief executive of the RSA, said that while it was right the immediate emergency was the priority, “we must use this time to imagine a better future”.

He said: “This poll (in the UK) shows that the people are increasingly aware that the health of people and planet are inseparable and it’s time for radical environmental, social, political and economic change.”

If we start to put ‘radical environmental, social, political and economic change’ into some sort of logic, informed by the Covid 19 lockdowns, it rapidly becomes clear that underpinning all is economic change, without which social and environmental change is not possible. We need a new economic model, one that recognises and respects that not only is the health of people and planet inseparable but that social and economic stability is reliant on our creating and following a new economic model.

The City of Amsterdam has recognised this; and announced that they will rebuild post lockdown using Doughnut Economics, a tool for transformative action first published in 2012, proposing a holistic social foundation and ecological ceiling for the whole world. Since Doughnut Economics was published people have been exploring how to apply it in their town, their country, their region.

Applied at local scale the model starts by asking “How can our region be a thriving place while respecting the wellbeing of all people and the health of the whole planet?”

It is a question that challenges people to work on local issues whilst thinking globally; and once again it raises the question of regional, national and international infrastructure support.

By mid April an estimated one third of the global population was staying indoors to help stop the spread of Covid 19. This enforced stillness provides time for emergence.

Details of Doughnut Economics can be found at https://www.kateraworth.com/doughnut/

Creatives called on to design posters of hope

Mon Apr 20 , 2020
Creatives Against Covid-19 is a campaign calling on the creative industry to design and donate inspiring posters of optimism, resilience, and hope. The posters will be made available to buy in print, with all proceeds donated equally across Women’s Aid and ISPCC Childline.  This is the worst global crisis the […] 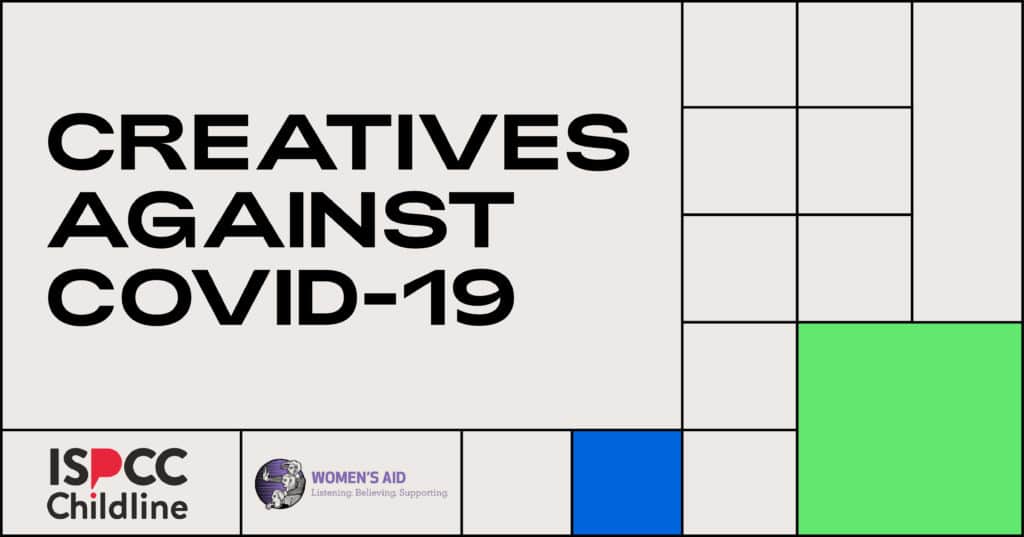