I finally got Dr Martin O’Donoghue’s lecture on the 1918 general election, up on www.westcorkfm.ie  I’ve mentioned him a little while back as one of the keynote speakers of the inaugural ‘History Scoops’ talks in De Barras. Since then, there has been a second round of History Scoops in De Barras and thanks to Jamie Murphy of Michael Collins House Museum, listeners of the History Show on WestCork FM will soon be able to podcast them.

Martin’s lecture had eerie parallels with today. The main thrust of his talk was the defeat and ultimate extinction of the Irish Parliamentary Party (IPP). It was the party of the giants of Irish political history: Butt, Parnell and Redmond. It had successfully achieved, through strategic alliances and a strong party whip, solving the land question in Ireland by virtue of forcing Westminster to introduce a series of Land Acts. Politically, it had used the same tactics and strategy to bring Ireland to the cusp of home rule for the whole island of Ireland. Daniel O’Connell began the crusade in the 1830/40s when he campaigned to repeal the Act of Union, which had brought an end to the shortlived Irish parliament in Dublin. But the great man even never achieved what the IPP would. Such was the IPPs standing, it seemed that it would be the party to lead Ireland into her new era of nationhood. But as O’Donoghue tells us, the small matter of World War 1 and the 1916 Rising not only quenched their dreams but destroyed the party. Sinn Fein rode in, on a crest of a wave – a new spirit and brand of nationalism and a new generation of voters hungry for change. They didn’t quite collapse then but within a few short years, the IPP was no more. A party that was synonymous with Ireland and a permanent fixture in Westminster was consigned to memory. Can we see this happening again? Can you imagine say, American politics without the duopoly of the Republican and Democratic parties? Or England without the dominant Labour or the Conservatives parties? It’s happened before you know and it might be about to happen again.

The Liberal Democrats in the UK are a minority power with little or no influence in England. They can only dream of the support that the kingmakers of the United Kingdom receive, i.e. The Conservative and Labour Party. In sporting terms, they are like the Scottish club Caledonian Thistle, looking in envy at Celtic and Rangers duopoly of power. But once upon a time the Liberal Party were part of the duopoly. Before the birth of Labour at the turn of the twentieth century, the Liberal Party dominated politics alongside the Conservatives. Like the IPP, there looked like there could be no end to their political presence. While there is no doubting the rise of the Labour party was damaging to their support, what ultimately defeated them were themselves. Internal squabbling between Lloyd George, Herbert Asquith the other liberal MPs, meant Lloyd George led a coalition government without the support of half of his party. A dominant Conservative Party in that coalition finally ousted him in 1922 and the Liberal Party has never recovered to this day. So there you see, seemingly indestructible political behemoths have fallen and who is to say it won’t happen in the next few months?

Brexit, to many a bore, to more the best soap opera in town, is drawing to a conclusion. While we watch nervously about the impact and affect it will have on Ireland, those in the corridors of Westminster are more concerned about their own parties political survival. The Conservatives know only too well of the fate of the Liberal Party and the IPP. They will know that Brexit is causing a split in their organisation that has made governance in the UK currently impossible. At the time of writing, the Conservatives have lost their majority when twenty-two party members crossed the floor in parliament. Johnson’s attempt to side step democracy with an outrageous attempt to prorogue parliament for five weeks when it is most needed, has come undone. The parliament with the assistance of the twenty-two rebel Conservative MP’s have inflicted defeat after defeat on the government in the Commons. The response of Johnson was to take the party whip from them, with a promise to deselect any party members from running in the next general election that does not agree with him. His inner circle unable to look outside their political bubble, boasted that the rebellion was in fact to their advantage because now they had only pure Brexiter conservatives in their ranks. They are moving more and more to the right and in doing so, changing from a party with a wide spectrum of values, albeit rooted in conservatism, to a more ridged beast. Will it be enough to kill their support and confine them to the same fate as the Liberal Party and the IPP? Surely not?

John Redmond, leader of the Irish Parliamentary Party, speaking in 1915 said, “Today the people broadly speaking own the soil…there is freedom at local level…we have the widest parliamentary municipal franchise…congested districts have been transformed…farms have been enlarged… decent dwellings been provided.” Everything he said was true. Much of it thanks to the IPP. Their place at the heart of Irish politics was assured. Yet three years later, his party was dead. The 1918 election dealt them a fatal blow from which they never recovered. The Conservative Party in over three years have lost their overwhelming majority in the Commons, became dependant on the DUP, forced two Conservative Prime Ministers fall on their swords, promised to defy the law which parliament have enacted to protect the UK from a no deal Brexit and attempted to silence the ‘father’ of parliaments. You couldn’t make it up. Boris Johnson – watch out. The ghosts of Lloyd George and John Redmond are watching.

Tue Oct 8 , 2019
Farming has changed and will keep changing: Consumer, market and social trends all play a part. All you need do is ask any of the older generation in West Cork and they will tell you how the countryside has evolved. In the 1950s and 60s and there would have been […] 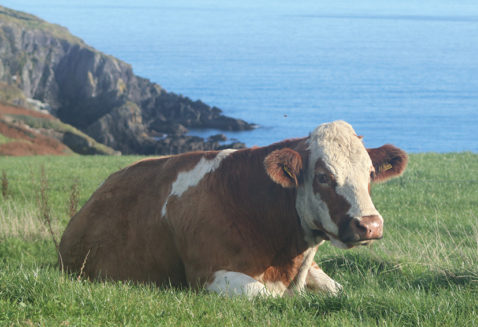