Engraved across the World War Two monument, in the Commonwealth cemetery in Bayeux, Normandy, are the Latin words, ‘NOS A GULIELMO VICTI VICTORIS PATRIAM LIBERAVIMUS.’ The translation reads: ‘We, once conquered by William, have now set free the Conqueror’s native land.’  The French ancestors of William, the conqueror of England in 1066, had returned to liberate the French from the tight clutches of the Nazis.

Normandy of course is a compulsory visit for anyone who is interested in World War Two history, particularly the D-Day landings. Fortunately for me, I was able to experience the awe of this region during the summer. Most readers will have some knowledge of D-Day. It is far beyond this article to engage in all those events, but what I hope to give you, is a taste of what you would encounter, if visiting the area and landing beaches of northern France is something you wish to do.

That region of Normandy is unremarkable in many ways, probably because its greenery and wheat fields are too like home and not exotic enough for many holiday goers who seek more glamorous destinations. The district lacks the edgy and jagged coastline of West Cork and the ghosts of the fine French architecture of another era, are buried under towns that were rebuilt in the 1950’s after the devastation of the war – the city of Caen, 90 per cent destroyed. But the world you find, is one that transports you back in time. The eighty-mile stretch of coastline that the allied forces chose to land on, is rich in museums, cemeteries and monuments. And in case the Normandy tourist board attempts to excommunicate me for my previous descriptions, it is lined with beautiful sandy beaches, many fine cliffs and in the summer, deliciously warm water to swim in.

So where does one begin given the choice and range? USA tourists are drawn to the beaches codenamed ‘Utah and Omaha’, where their forces disembarked {scene of Saving Private Ryan, and also the landing beach that saw the most causalities on D-day, 3000, compared to 100 on Juno for example). The British and Commonwealth forces came ashore on ‘Gold and Silver’, whereas Canadians will of course naturally be drawn to ‘Juno’, where their forces made such a great impact. For us neutrals, take your pick. Every one of those regions tells it’s own unique story of the landings and they differ in so many fascinating ways. A good place to launch your own assault would be the small city of Bayeux a mere ten-minute drive from ‘Gold’ and the village of Arronmanches-les-Bains. Bayeux was the first city to be liberated in France and indeed houses an excellent museum, (Musee Memorial de la Bataille de Normandie) across from the British and Commonwealth cemetery – the largest Second World War British and Commonwealth cemetery in France. Perusing the names of the graves, the ages surprisingly range from a 16-year-old private to a 49-year-old royal engineer. There is a record book of all names in a vault inside the monument, listing all the soldiers, including those whose bodies was never recovered. I leafed through, to find one Dominic McBride, from Donegal, aged 25.  A small reminder that many Irish people fought in Normandy.

The majestic Bayeux cathedral dating from the 11th century was mercifully spared, which meant the 11th century Bayeux tapestry that was housed there, was too. One cannot go to this region without seeing this nine-hundred-year-old, 70-metre-long tapestry that tells the story of William the Conqueror’s invasion of England – (referenced in the arch over the British cemetery half a kilometre away.) This tapestry was created a mere four years after Williams invasion, to depict the story of his crusade to a largely illiterate population. To see this in all its glory in the Bayeux Museum is a must.

The village of Arronmanches – ‘Gold Beach’, is the closet to Bayeux and so an easy entry point to the landing beaches and for me the most fascinating.  As well as having its own museum, Musee du Debarquement, to tell you it’s story, the bay is littered with the artefacts of what most go down as one of the greatest feats of engineering and planning the world had seen to that date. Hitler had to defend a coast line that stretched from Norway to northern Spain so naturally he focused his large defensive fortifications on the existing ports and harbours. The Allies of course were aware of this, but what good is an invasion if you can’t supply your forces with ammunition, vehicles, food and medicine? The Allies knowing that it would be near impossible to penetrate a fortified port or harbour chose the a more unexpected Normandy coast line of fishing villages and flat rolling land behind that would make progress easier. And so the British planned, designed, built and carried a man-made harbour that would carried across the English Channel and put in place to supply the Allied lines.  Once the beach was secured within the first day, the engineers and navy went to work. So how do you make an 8km harbour the size of 1000 football fields? You sink fifteen old warships in a line to create a breakwater, then drop 115 massive concrete boxes alongside them to create a harbour wall. Once you have that done, then tow in your 30-foot-high, 40 tonnes concrete landing wharfs that could be lowered or raised depending on the tide (revolutionary at that time), thus allowing the supply line to be unbroken twenty-four hours a day. Of course you need pontoons, floating causeways all that need to be fitted together and the result-  a working harbour that was unloading lorries at 745 per hour and 18,000 tonnes of supplies in a single day. Mindboggling. And that’s why you have to go see the museum. It has film footage, superb models, pictures, and information about how all this was achieved. What’s more, the museums vista looks out on two dozen of those iconic pillars that still litter that part of Gold Beach. It really illustrates the massive human effort and ingenious planning that we take for granted.

One can’t leave without seeing the stunning and sombre American cemetery of over 9,000 soldiers. This graveyard is perched above the cliff on Omaha beach – the very one that the American troops had great difficulty in overcoming, due to the lack of cover below and the conditions including strong currents. The 172-acre plot not only has the graves, but ‘The Garden of the Missing’ and a monument to those whose bodies were never found and an amazing visitors centre that covers the assault on this beach, as well as life for French people in occupied Nazi territory. On the ceiling of one of the monuments, in a strange parallel to Michelangelo’s Sistine Chapel, angels are seen holding and supporting white Anglo Saxon looking Americans on the landing beaches – unnervingly, depicting some sort of holy crusade, which of course has been the battle cry of American invasions since then. And before you start to think its D-Day Disney, one is left under no illusion that it is a place where the war dead are buried and respected. You won’t find coffee shops and gift stores here. Half a mile away is ‘Operation Overlord’ museum with actual American war tanks and German military ground defensives. There is always of course danger of museum fatigue, but take a few days in Normandy and decide what you want to see. On a beautiful summer’s evening, walk the white sandy beaches and soak up the warm breeze, in what seems a million light years from the horrors that these shores once had to endure.

Closer to home the West Cork History Festival enters its third year with a plethora of national, international and local historians on the menu. The event takes place from August 8-11. The festival will host some big names like Dan Mulhall, Irish ambassador to the United States, novelist and screenwriter, Daisy Goodwin and former Taoiseach John Bruton. Some local historians include the likes of Gerald O’Brien and William Casey. As well as lectures, there will be a film screening, field trips, a history themed disco, music inspired by the works of Canon James Goodman, involving the likes of Clonakilty’s own Justin Grounds, and of course plenty of good West Cork food to eat on site.

Tue Aug 6 , 2019
What do you get if you take several hundred people across nine miles of water to a small Island in the Atlantic Ocean? … you get a weekend of utter magic! Celebrating 25 years, Cape Clear International Storytelling Festival runs from Friday August 30 to Sunday September 1 and offers […] 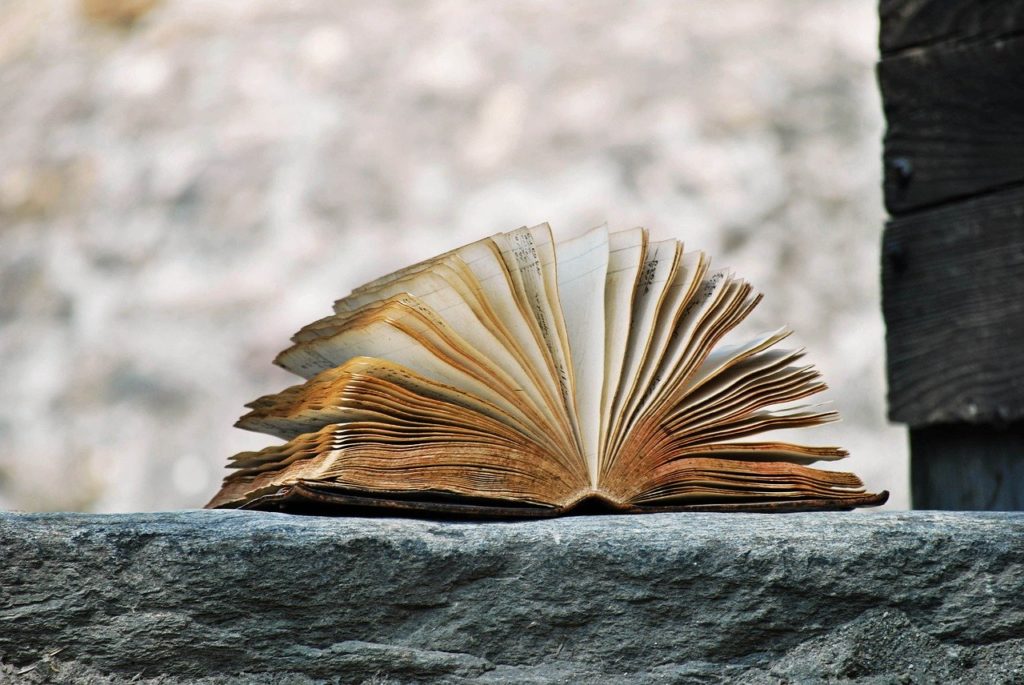