Yarrow is a herb, found in the temperate regions of Europe, North America and Asia. It has been used medicinally for thousands of years by many cultures. In North America the Navajo people considered yarrow  one of the ‘sacred life’ medicine herbs. In Greek myth, the god Achilles used yarrow to heal the wounds of his men hence its Latin name Achillea millefolium. It was also known in antiquity as herba militaris due to its ability to staunch wounds. It is just beginning to flower and may be found in very poor soil, the edge of the road and neglected gravel areas. It will also grow in good soil but for medicinal purposes you need the wild variety that is struggling to survive in inhospitable terrain.

All parts of yarrow are used  in healing and the whole herbs consists of the parts over the ground. This herb is used for relieving rheumatism,  and traditionally it was made in the same way as tea, with a glass being drunk before breakfast. One account from the National folklore Schools Collection adds whiskey to it.

‘Old people got a weed called the Yarrow and washed it well. Then they cut it up, stem, leaves, roots, and all and leave it steeping for a day or two in pure spring water. Then it should be simmered for a couple of hours and strained, and people add to it a glass of the best (first shot whiskey, men call it and it is not to be got in every public house) A wine glass of this mixture in water taken three times daily is a prevention as well as cure for pains.’

However, most of the accounts drink it as a tea as can be seen in the following entries from the National Folklore Schools Collection.

• There is a plant called the Yarrow which grows wild and when it is boiled it is supposed to cure rheumatism (NFCS 0389: 270).

• The Yarrow plant drawn like tea and a glass taken before breakfast in the morning is a great cure for rheumatism (NFCS 1126: 395).

Due to some of its constituents, yarrow may also be useful in relieving symptoms of depression and anxiety and the flavonoid antioxidants in yarrow tea may fight digestive spasms, inflammation, and other symptoms associated with irritable bowel syndrome (IBS).

It is remarkably effective as a wound herb and an old name for yarrow is wound wort.  Dioscorides, who was doctor with the Roman army in the first century AD, tells us to, “Pound the leaves and put them on a fresh wound to close  and heal it, to clear heat and inflammation from the wound, and to congeal the blood.” I know of a colleague who cut himself with a chain saw, and being a good distance from his house, simply chewed some leaves of yarrow and applied them to the bleeding wound. By the time he got to the house, the wound was sealed, and he left it be. He had no further trouble with it. This effectiveness in wound healing is also borne out in  a two-week study of  140 women where it was  observed that an ointment made from this herb and St. John’s wort helped heal episiotomy sites, which are surgical incisions on the vaginal wall made during childbirth. Both St Johns wort and yarrow flower at the same time.

Yarrow also helps with sinusitis (tea) and is also useful  for loss of appetite (tea). It is particularly useful at the onset of a cold, ‘flu or fever and may help in preventing a cold getting worse.

Yarrow can be harvested from June until September, and it is easy to pick the whole herb. Hang up the herb in an airy place like a barn and use as required over the winter.

A leg up on injuries and X-rays

Mon Jul 4 , 2022
Last month, I covered clots in the leg and, its serious sequel, a clot in the lung that is the pulmonary embolus. I am going to cover injuries to the legs in this issue. These provide much of the work for the Minor Injury Units in Bantry and Cork. Just […] 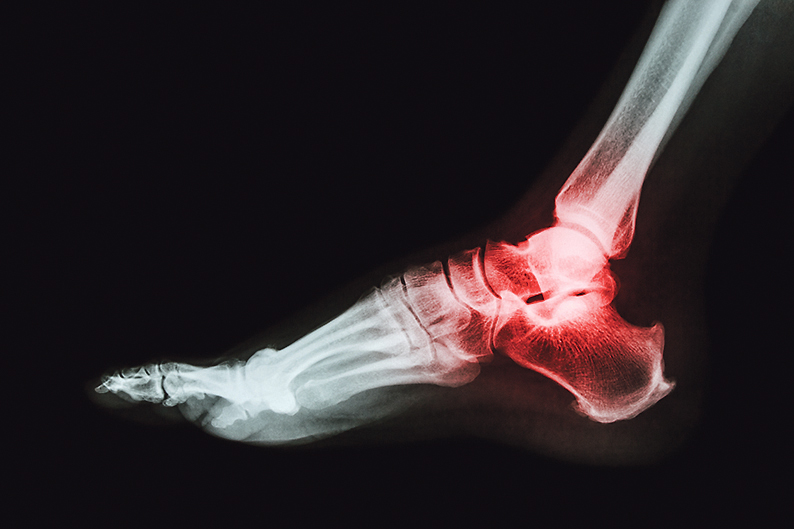