Another January and another opportunity for resolutions. Recently I listened to a podcast interview with Patrick Holden of The Sustainable Food Trust talking to Andy Cato, an inspiring regenerative farmer. The subject was climate change and how our food choices could help in redressing the situation. It was suggested that an effective way to deal with climate change was to make careful food choices, by buying local, seasonal food, grown in a sustainable way. Most resolutions, notoriously, are forgotten or ignored. Changing our buying and eating habits can sometimes be difficult but as the year moves on and seasonal food becomes more available we can make gradual changes to a more sustainable diet, helping to change land management and distribution systems. However, one food that we eat all year round is cheese and this month I have been lucky enough to talk to Darcie and Mike from The Lost Valley Dairy just outside of Inchigeela.

Darcie, Mike and their young son Ned moved to Ireland about six years ago. Darcie had been a restaurant manager in London, and Mike, a trained Opera singer working at Glyndbourne. With a young baby and little time to share with him, let alone their neglected allotment, they started to think of a new way of life that would give them an opportunity to grow some of their own food, spend more time with Ned and also have time to explore other ways of living. Mike’s father comes from East Cork and Mike had spent many summer holidays in his fathers cottage. So despite the lure of warmer climes they decided to come back to Ireland. Within about three weeks of moving over they knew that they’d made the right decision and started to look for a property with more land, as they were firmly on the self-sufficient journey by now. In January of 2017 they moved into a small stone cottage with eight acres of land. With plans to grow as much of their own food as possible, they started a vegetable garden with a large tunnel and planted fruit trees and bushes, taking up about an acre of their land. At the same time animals and poultry started to arrive and they now keep goats, pet lambs, a mixture of poultry, pigs, cats, dogs and bees and importantly, a small herd of Irish shorthorn cows and a Droimeann bull. The herd started slowly with one cow, Gertrude, who came along as a steady and reliable house cow. Mike was worried that she was lonely and needed company and so it goes. Soon they were milking four cows and with lots of lovely milk they started researching the idea of making cheese.

Mike does the milking and cheese making. He was very keen to produce a food from scratch, a food that could be preserved and eaten at any time and a food that would add value to the raw ingredients, grown on a farm too small to receive any subsidies. They researched pre-industrial methods of cheese making, recipes with the least interventions, handmade in the simplest way. Using this research as inspiration, they have made a completely unique cheese, Carraignamuc, a Gold medal winner in The Irish Cheese Awards 2021.

The cheese is made from their own starter culture, the raw milk from their shorthorn cows, natural rennet, sea salt and nothing else. The cheese is aged for three to four months developing a natural rind and, speaking from my own experience, it is delicious. A cheese of its place, from their farm. A second cheese, Ri na Mumhan, was developed using the same ingredients, the leftover curds from the larger moulds. By using smaller moulds and then washing the cheeses every other day in a salt, spring water brine, a completely different rind is created making a cheese similar to French Munster, soft and deliciously smelly. The recipe for French Munster is believed to have travelled to France via Irish monks, a cheese now repatriated in West Cork.

With the small amount of land at their disposal it is only possible to keep four milking cows. The calves and followers and their Droimeann Bull are grazed on rough rented ground nearby. The pigs are fed whey left over from cheese making. They use no chemicals on their land and are trying to breed resilience into their herd of heritage breed cows. Everything Mike and Darcie do on their farm is holistic and sustainable and in the best sense, simple. In an age when the pressure on farmers is always to get bigger, buy more land, get bigger machinery, it is really encouraging to see a young family sharing the workload and making a living by adding value to the produce of their land. In the meantime making delicious prizewinning cheese.

Darcie can be found in Skibbereen and Bantry Markets; you can also buy the cheese online; and other outlets can be found on their website thelostvalleydairy.com

Tue Jan 18 , 2022
Another Christmas has slipped gently by and here we are in 2022. As always I enjoyed Christmas. I love that business takes a break and there’s time to enjoy family and friends, even if it means meeting outside to avoid the dreaded virus. We shared lots of family dinners, taking […] 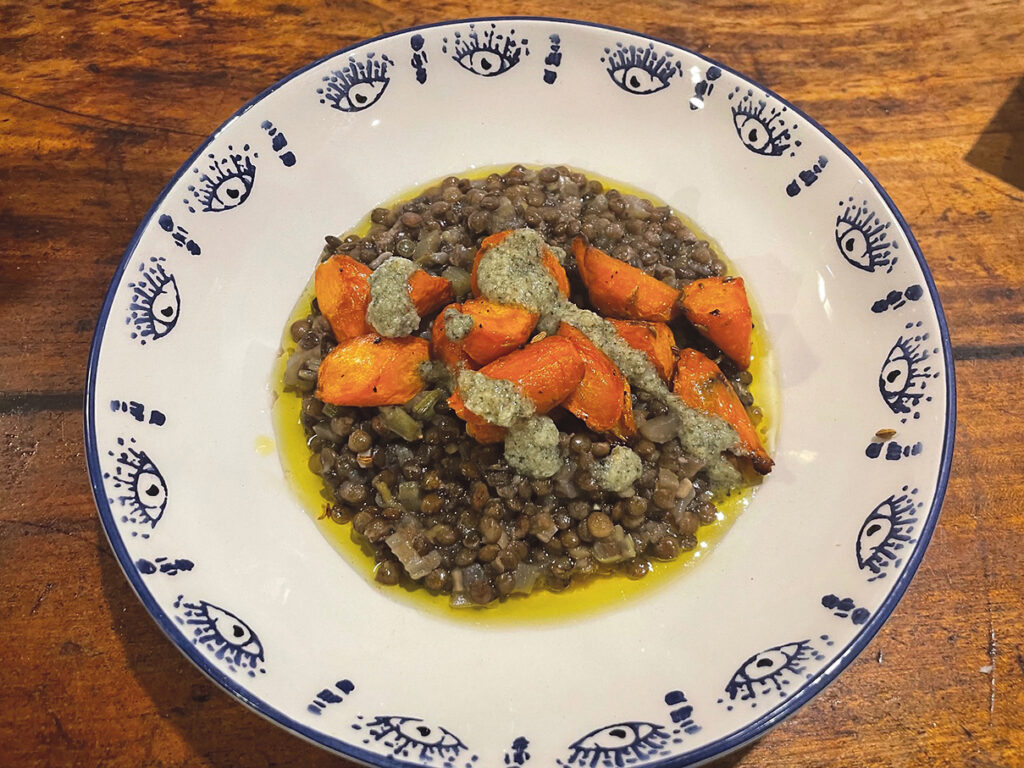