That blast of sunshine over the last few days of February would make you forget the soaking that 2021 has delivered thus far. Usually the second month of the year sees fields in West Cork spring into life but there was a stronger chance of them developing springs instead of being grazed this year.

If there’s a positive to getting all this bad weather so far, it’s that it’s still early in the year and there’s no harm in getting it out of the way. We might get a run of better weather in March.

My own leisurely farm life crashed to a halt in the middle of the month, as calving got under way. It began a week ahead of schedule and early arrivals seem to be the order of the day in the calving shed. There was only meant to be four due to calf in February but by the month’s end, there could well be a baker’s dozen calved.

It began with a pair of heifers calving around Valentine’s; with them out of the way, I was expecting calm to be restored. I was wrong. The following Thursday was almost a 16-hour working day. One cow calved over two weeks early and another threw out a calf over a month ahead of time. Those events were sandwiched in between a pair of heifers that calved with the opposite extremes that can be happen when heifers calf. The morning began with what I thought was a heifer beginning calving. On closer inspection, I found her calf had just wandered off a bit. Another was off form that afternoon and I left her progress as much as she could herself while I was around the yard. With no progress, I stalled and handled her to discover something wasn’t right. She had a twisted womb, which resulted in a C-section. In terms of temperament, they were also two opposites, so I was lucky it was the quieter one that required the assistance.

I left them in the calving area for the week and, in an effort to win over the flightier one, they get a handful of ration twice a day when I’m passing. Treats are a useful tool!

There’s a trio of heifers left to calf now with two of them not due until April. They are the ones you would be that little bit more concerned about. It’s only occasionally that the cows need intervention especially those on their third calf or older.

They’ve gone to grass now; most are out full time, while there are a few younger ones that get out for a few hours and then come back into their calf.

I also managed to start letting some of the younger stock out. The shed work should ease from here on.

Prices for farmer products rarely fluctuate too much but the same can’t be said of inputs. Fertiliser prices have been on the rise for the last number of years and there is talk of another lift coming shortly. This will result in farmers either paying out more or thinking a bit differently.

On the farm here, our solution to the proposed rise in fertiliser prices will be to try and further reduce our use of it. The soil sample results look pretty good, so slurry should take care of most of the P and K requirements. Slurry has been our go-to fertiliser in the first half of the year and bagged fertiliser is aimed more at silage production. Over the last three years we have held off spreading urea until the end of March or early April. Weather conditions have either been too cold or too wet to go out any earlier and to date that system has worked out.

With Covid restrictions staying in place, mart ringsides will remain empty for the next while. The evolution of online mart sales has resulted in a lift in prices. What may be of concern is that there doesn’t seem to be a corresponding rise in beef price.

I’ll admit that when compared to other sectors, farming hasn’t had to deal with the more difficult economic challenges posed by Covid-19, but socially it stands to be affected more.

Social isolation has been an issue long before Covid-19 but I fear it’s been exacerbated.  On New Year’s Day 2020, if you had predicated that people wouldn’t be allowed go to mass, marts or matches, you would have been told to sober up before attempting fortune telling.

Trading is the core business of marts but there is a large social element at play too. For many it was the chance to get out and meet people. Bandon, Macroom and Skibbereen marts form a large part of the fabric of rural West Cork and provided a service without knowing it by allowing the bit of a chat and dinner.

That social interaction is valuable in a job that is isolating in most cases. Let’s hope society can be opened up before the year is out.

Tue Mar 9 , 2021
Skibbereen-based business TravelMaster was one of 29 impressive business finalists at the National Enterprise Awards 2021 competition. The go-getting event transport company is well on its way to launching the first online platform of its kind that will allow passengers to book a seat at the click of a button […] 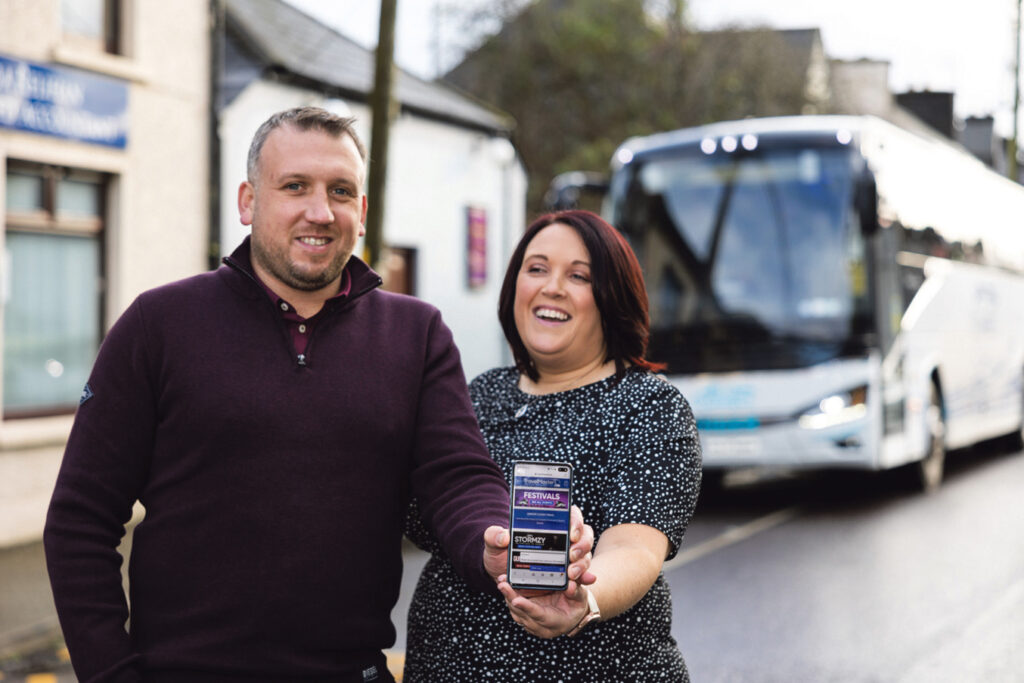