“I am persuaded that this is a righteous judgement of God on these barbarous wretches, who have imbrued their hands with so much innocent blood; and that it will tend to prevent the effusion of blood for the future, which are satisfactory grounds for such actions which cannot otherwise but work remorse and regret.” – Oliver Cromwell

Last Thursday (30/01/2020) marked 359 years since the body of Oliver Cromwell was exhumed from its grave, dragged from its last resting spot, through the streets of London, hanged at Tyburn and then thrown into a pit. Not before his head was cut off and skewered on a six-metre pole on the roof of Westminster Hall where it stayed for 24 years until it was removed in 1685. The head then went into the hands of private collectors and museums until 1960 when it was re-buried. What has this got to do with a Credit Union in the Caribbean you ask? Well, Cromwell spent a lifetime persecuting and killing but paid particular attention to the Irish, and even more so Irish Catholics. There are two particular instances in history where we can read first-hand accounts of this persecution and both are linked.

Drogheda in County Louth in 1649 was under the control of an English soldier named Arthur Aston. The town of Drogheda had 10 large defensive gates. One remains today in the town, you pass under it driving through. Aston’s main weapon of defence was to close the gates of the towers, trying to hold the fort until the attacking enemy ran out of supplies and starved or gave up and retreated. His army could also take up position in the towers along the high walls that surrounded the town and fire arrows etcetera at the intruder. Cromwell knew this. He decided he wanted Drogheda under his control, as it was on the river Boyne and it would be useful. This became known as ‘The Siege of Drogheda’ and remains even today as one of the most brutal events in history. Having sailed from England with 12,000 men and not enough supplies, he knew he would have to take the town quickly so as the men would not starve, they could then re-stock, take control of the town and move on elsewhere. Aston had 3,000 men at his disposal and his army would soon prove to be no match. Cromwell asked Arthur Aston to surrender the town by way of letter. A soldier dispatched this through one of the gates of the town.

“Sir, having brought the army of the Parliament of England before this place, to reduce it to obedience, to the end that the effusion of blood may be prevented, I thought fit to summon you to deliver the same into my hands to their use. If this be refused, you will have no cause to blame me.” – Cromwell

Aston refused to surrender and Cromwell’s men attacked. They quickly blew the town to pieces by way of cannon. When the downs defence mechanism had crumbled under cannon fire, Cromwell marched his 12,000 men towards the gates of Drogheda. After gaining entry to the town Cromwell ordered his men to kill all inhabitants. Of the 3,000 inside the gate 2869 had their throats cut and 30 were taken prisoner. Arthur Aston was killed but his throat was not cut, Aston had a wooden leg and he was beaten to death with it. The 30 that were taken prisoner are the key here. The key to what was a common occurrence in the 17th century. Cromwell often took prisoners and sent them as slaves or indentured servants to the Caribbean islands. There was high demand for slaves and indentured servants on the islands at the time and Cromwell took advantage of this.

Cromwell makes reference to this on September 16, 1649 in a letter he wrote after the Siege of Drogheda:

“I believe we put to the sword the whole number of the defendants. I do not think thirty of the whole number escaped with their lives. Those that did, are in safe custody for the Barbadoes.”

Montserrat in the 17th century was a British Colony and it still is today. Of the Caribbean islands it was here the majority of Irish slaves or indentured servants were sent. After battles or sieges anyone that Cromwell decided to take prisoner, he would send to Monserrat. Over the period of many years, people from all over Ireland that were taken prisoner were soon after shipped to Montserrat. However, a large proportion of the men and women sent to Montserrat were from Munster but particularly Cork and Waterford. From the 1630s, official accounts record the arrival of the Irish in the Caribbean, many of them kidnapped by press-gangs operating in the vicinity of the principal ports in Munster. The journey across the Atlantic took almost three months, and those who survived the crossing found living and working conditions on the plantations extremely harsh. The difference between slavery and indentured servitude was that with the latter you had the possibility of release. The Irish were mostly indentured servants and after seven years of service, a handful did acquire small landholdings, but none that we know of ever returned to Ireland. Montserrat became known as ‘The Emerald Isle of the Caribbean’ and still carries that moniker in the 21st century.

The island of Montserrat is 39 square miles and of the 10,000 inhabitants in the 17th century, 70 per cent were Irish. After serving their period of indentured servitude or after many uprisings, the Irish came to take over the island and took the land for themselves. There was an enormous sugar and tobacco trade and the Irish that had taken over the plantations needed people to work the land, so the cycle of slavery continued. This production of sugar was fuelled by planters with Irish descent with over a third of the island’s sugar estates being run by Irish families. Some wealthy Irish merchant families set up plantations and networks in the Caribbean, which provided employment for the thousands of Irish immigrants willing to travel to Montserrat. Almost half of the whole population of the West Indies by the mid-seventeenth century were Irish. By 1730 Montserrat’s economy was almost entirely dependent on this industry, which resulted in a change in the population demographics, as more slaves from Africa were required as labourers to keep the booming industry going. The decline of the sugar industry resulting in a decline of the number of labourers needed from 1735 onwards saw a decrease in sugar production, which had detrimental effects on those relying on it as a source of income. Slavery was abolished in Montserrat in 1834.

Throughout this time the Irish that were indentured servants had relationships with the locals and had children. As did the Irish in later years that became plantation bosses and the descendants of these Irish people still live in Montserrat today. The Irish connection and history is evident all over the island. Today if you pick up the telephone directory in Montserrat names of the families you will read include, Farrell, Riley, Kirwan, Sweeney, Browne, O’ Gara, O’ Connor, Fitzgerald, Broderick, Reid, Galway and Daly, as well as more.

If place names can signify Irishness, southern Montserrat is the most Irish. Here we can find the town of Kinsale, perhaps named by nostalgic exiles for their last sight of Ireland. The road that leaves Kinsale takes you passed Broderick’s Estate and the passed Reid’s Estate. Next you come to St. Patrick’s village. After that you come to Galway Estate; named by the Galway family that became sugar planters in Monserrat in the 17th century. The flag of Montserrat has a lady playing a harp as its emblem. If you fly there tomorrow, when you pass through immigration the stamp you will get on your passport has the outline of a shamrock. There is even a Montserrat Credit Union. It really is remarkable. On YouTube there is a brief but brilliant documentary on the island called ‘The Emerald Isle of the Caribbean’ our president, albeit a little it more fresh-faced, is the presenter. Here you will see all of the above but probably the most remarkable facet to it all are the interviews with the locals and how they speak with an Irish accent. It truly is amazing and even more fascinating when you know of the island’s history and why 400 years later the locals of a little Caribbean Island speak with a Cork accent.

Thanking local history societies – look what you give us

Tue Feb 11 , 2020
There probably isn’t a week goes by, where some history lecture is to be found in the towns of villages of Cork. It’s something that could be taken for granted but based on the crowded attendances of two recent lectures, history is becoming more popular than ever. Last month there […] 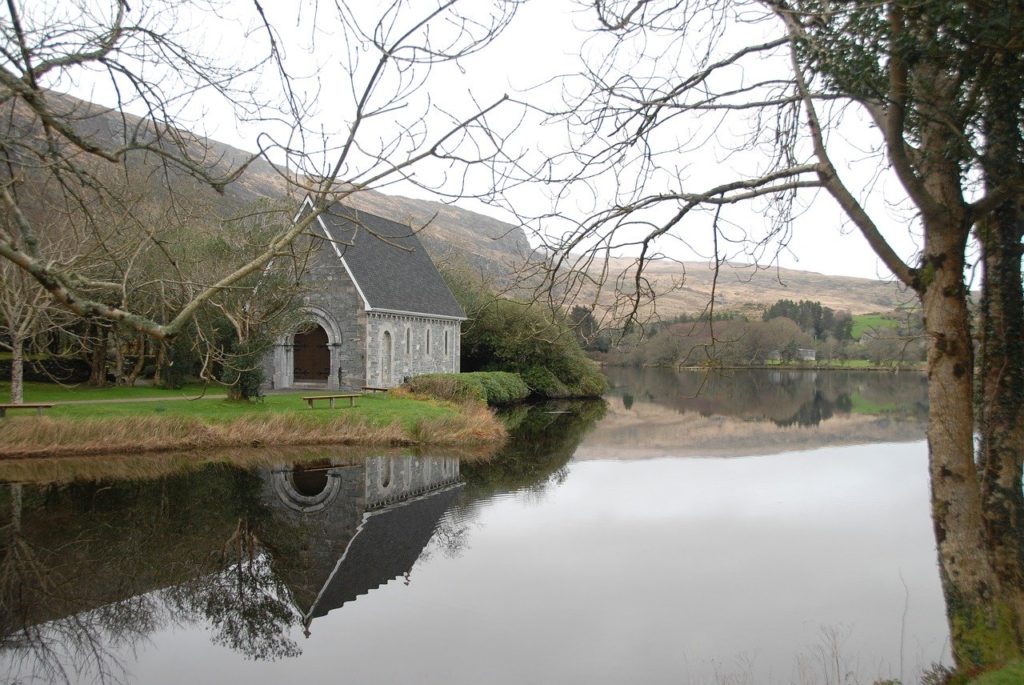