“May you live in interesting times” is commonly quoted as an ancient Chinese curse. Well, if there’s one thing you can say about the times we live in – they are certainly interesting. Frankly, I haven’t ever seen the likes of it. Having always been a news junkie I have spent the winter riven to the news cycle. The last few weeks in particular (BREXIT!) have left me gob-smacked, staring at the screen like a goldfish. I find it almost impossible to look away.

Which is why I am so grateful to the call of Spring. It took a while for me to hear it this year. The news addiction, the mild winter, and a sad family bereavement, made it easy for me to ignore what I usually first notice in January. I know I’m going to sound like a proper old West Cork blow-in (which I am – and proud of it!), but when you live in the countryside, on the same bit of land for long enough; you can hear it waking up.

It starts gently stretching sometime in January. By February the early risers are up and running. Daffodils, snowdrops and our little patch of crocuses, get a head start, while everything else continues to slowly shake itself awake. By the end of March, however, there is no denying the buzz. The land has woken up and is unfurling (as in Liz Clark’s beautiful song ‘Unfurling’).

By the time I went out to have a look, the change was all around me. The blackthorn was blooming. I noticed with delight that the damson tree by the river is covered in tiny white flowers after many years of looking like it might be a goner. The hedgerows are ribbonned with primroses. The fields have the lush green glow of new growth, and the trees are coming into leaf one after the other. By the way – it’s oak before ash this year, so Summer will splash and not soak.

This  is our first proper Spring after Ophelia. Last year we were still clearing the wreckage in March. We planted around 60 trees in what looked like a muddy mess in April, and managed to build a few paths in the summer. Mostly, we watered the trees and tended the vegetable patch.

This Spring the back field (which used to be mostly woods) is a new surprise every day. Left to its own devices the land has welcomed hundreds of new residents. Banks of foxgloves promise a spectacular display. Primroses and wild garlic have moved in, along with carpets of little yellow flowers and what promises to be bluebells. The mud has been covered in grasses, ferns, flowers and an abundance of delicious sorrel, which I’ve been using in soups and sauces (Few sauces compare to a French sorrel cream sauce.).

The daffodils along the drive have faded, but they are quickly being replaced by a multi-coloured river of daisies, forget-me-nots, and violets. Everything is growing.

I’m thankful for the call. The long list of things to be doing outside is a welcome change from being a spectator of others’ folly. In the madness of living in interesting times, it is comforting to see the rows of seed trays starting to germinate. And there’s nothing better to get your mind off the drama of far off events than getting down and dirty with some real dirt. Digging your hands into the Earth is far better than holding your head in your hands. As they also say: To plant a garden is to believe in tomorrow – no matter what happens with Brexit.

Tue Apr 9 , 2019
We take them for a walk in the evening, throw their favourite ball as far as we can so they can excitedly chase it, we toss a stick into a lake so they can have a little swim, we watch films with them, we pat them on the head, we […] 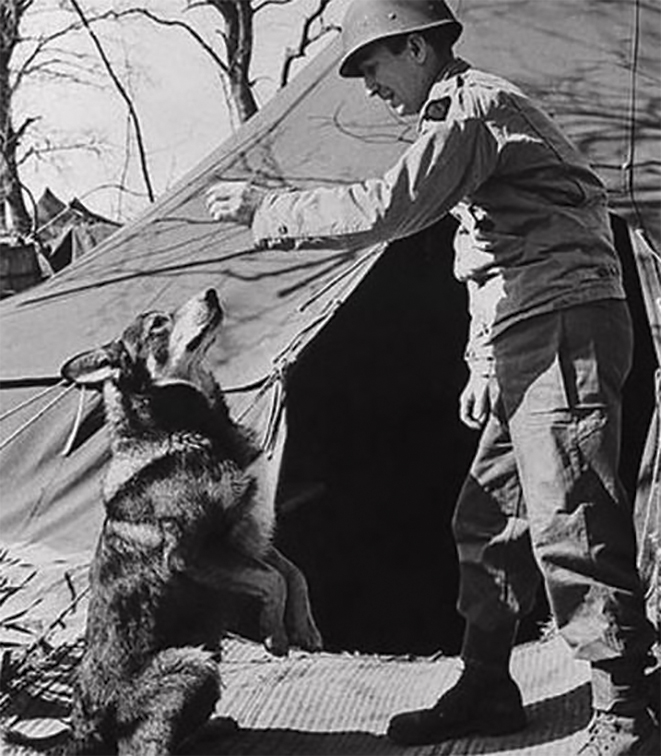