There’s no denying that we are well into Autumn. The landscape is rapidly shedding its summer greens and moving into the russets and browns of the season, the evening stretch is no longer, and the desire to light the fire and curl up on the sofa grows stronger every day; but if you have a productive vegetable garden, now is not the time to rest. The always wonderful Clonakilty Guitar Festival (BRAVO Ray and Co for another epic year!) and a heavy work schedule meant that we did not get out in the garden for over a week. When we finally rolled up our sleeves and put on our wellies, it was clear that the weekend would be devoted to harvesting. What an amazing bounty we’ve had this year! It took us most of the weekend to pick and process about six kilos of rhubarb, a kilo of purple beans, three kilos of runner beans, punnets of raspberries and tomatoes, a basket of varied squash and courgettes, and around 40 kilos of apples. Thanks to Sustainable Clonakilty and the Community Garden, who set up an apple press last Sunday, we now also have about 20 litres of lovely fresh apple juice. With a bit of luck, we’ll have some cider ready just in time for Halloween.

This is the season to get ready for the winter. To check the gutters, and secure the woodpile. To stock the freezer and bring out the boots and big woolly jumpers. Autumn generally has an aura of contentment, of looking forward to the end of the year festivities; of slowing down and counting the year’s blessings. Not so this year. I can’t believe it myself, but with less than a month to go we still have no real idea if Brexit will happen, how it will happen, or what it will mean for us when it does happen.

I generally tend towards the jolly and domestic in this column. I figure that you all, like myself, are inundated with scary headlines and dire warnings, and might prefer to read about my house being painted (we are not there yet, but have managed one coat of red paint so far…), or about the garden (see above). However, the last few weeks, the news cycle has been more than even my little patch of paradise can gloss over. In the last week alone, we have had Greta at the UN, Boris forced back into parliament and the Orange One across the pond finally crossing the line to impeachment. The news cycle has become so incredible, that sensational stories such as the “imminent collapse of the Mont Blanc glacier”, or the fact that the sky has turned red in Indonesia, are moved to the anecdotal sidelines. Looming larger than all the rest is Brexit – probably because this catastrophe, unlike the climate emergency, actually has a date on it: October 31.

A quick search on the internet, seems to produce very few answers, and only one question: Are you ready? Here’s a statement on the Irish government website: “Brexit is likely to affect some day-to-day consumer issues, particularly in a no deal scenario. In such a no deal scenario, the departure of the UK from the EU is likely to create some confusion, and on occasion difficulty, around your consumer rights and options.” Fair enough. Further down, the site tries to reassure us: “The UK is due to leave the European Union. How and when they may leave is not yet certain. The decision of the UK to leave the EU will result in some changes, both here in Ireland and also for our EU partners, which we are preparing for. While there is still a lot of uncertainty, it’s important for you to be aware of what Brexit may mean for your daily life.” In other words: Are you ready? I’m not saying that this is not a valid question, but a bit more detail about what might happen, when it might happen, and how long whatever that is will last would be more helpful.

One brighter note is a statement from Lidl, who say that they will be opening a large distribution facility in Kildare this November, to counter the fact that pretty much everything in their stores comes from a main distribution centre in the UK. That is reassuring as, though I buy local as much as possible, and have a highly productive vegetable garden and polytunnel, certain essentials (Olive oil, coffee and wine all spring to mind) are not produced in Ireland.

Maybe it will all just blow away, like the March 29 deadline. Maybe the powers that be are preparing for a seamless transition, and we will go about our lives with very little disruption. Maybe… The question is: Are you ready?

The fastest knife in the West End

Tue Oct 8 , 2019
“If everything seems under control, you’re not going fast enough.” – Mario Andretti I had an operation three weeks ago that was minor but intrusive. The operation was performed under general anaesthetic. I was given a gown to put on, asked to lie down on the operating table and a […] 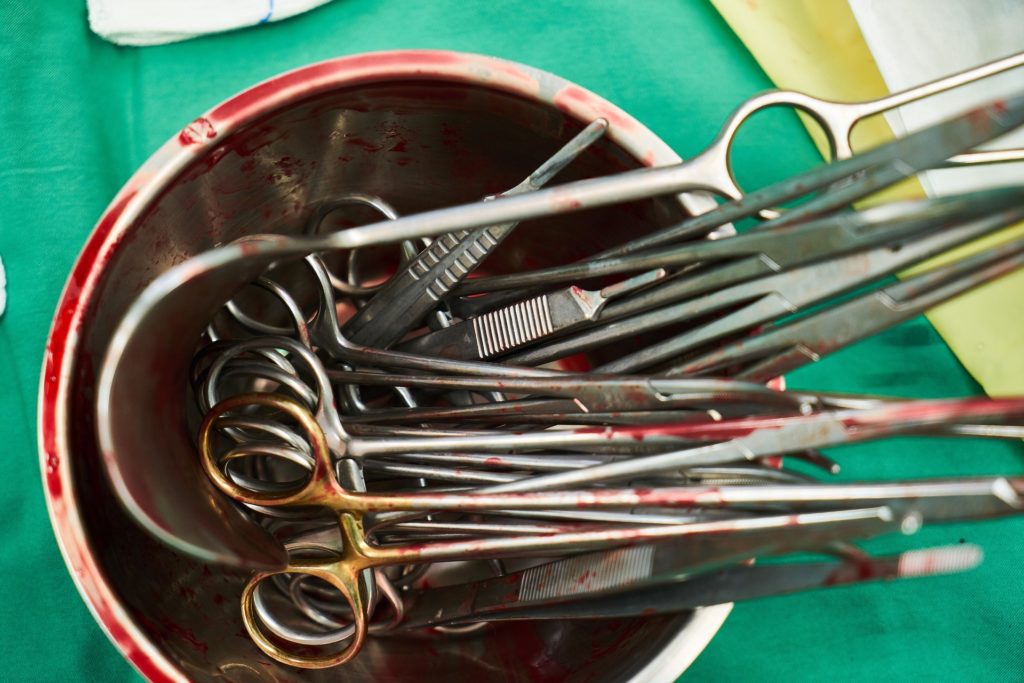